Home Business Accelerating innovation: Why it’s worth upgrading your hardware
Our website publishes news, press releases, opinion and advertorials on various financial organizations, products and services which are commissioned from various Companies, Organizations, PR agencies, Bloggers etc. These commissioned articles are commercial in nature. This is not to be considered as financial advice and should be considered only for information purposes. It does not reflect the views or opinion of our website and is not to be considered an endorsement or a recommendation. We cannot guarantee the accuracy or applicability of any information provided with respect to your individual or personal circumstances. Please seek Professional advice from a qualified professional before making any financial decisions. We link to various third-party websites, affiliate sales networks, and to our advertising partners websites. When you view or click on certain links available on our articles, our partners may compensate us for displaying the content to you or make a purchase or fill a form. This will not incur any additional charges to you. To make things simpler for you to identity or distinguish advertised or sponsored articles or links, you may consider all articles or links hosted on our site as a commercial article placement. We will not be responsible for any loss you may suffer as a result of any omission or inaccuracy on the website.
Business 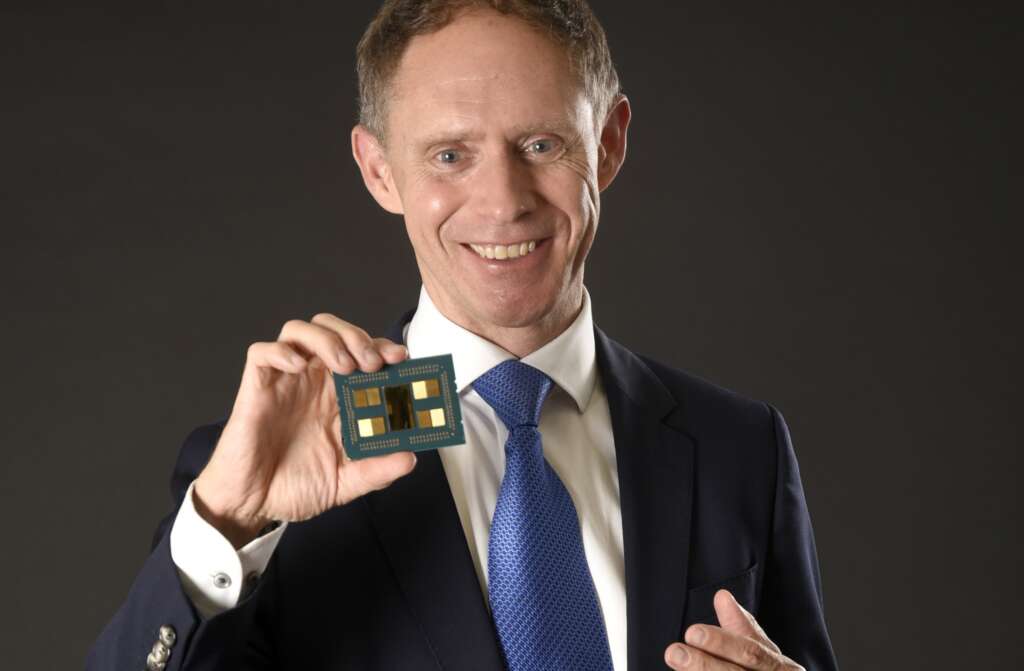 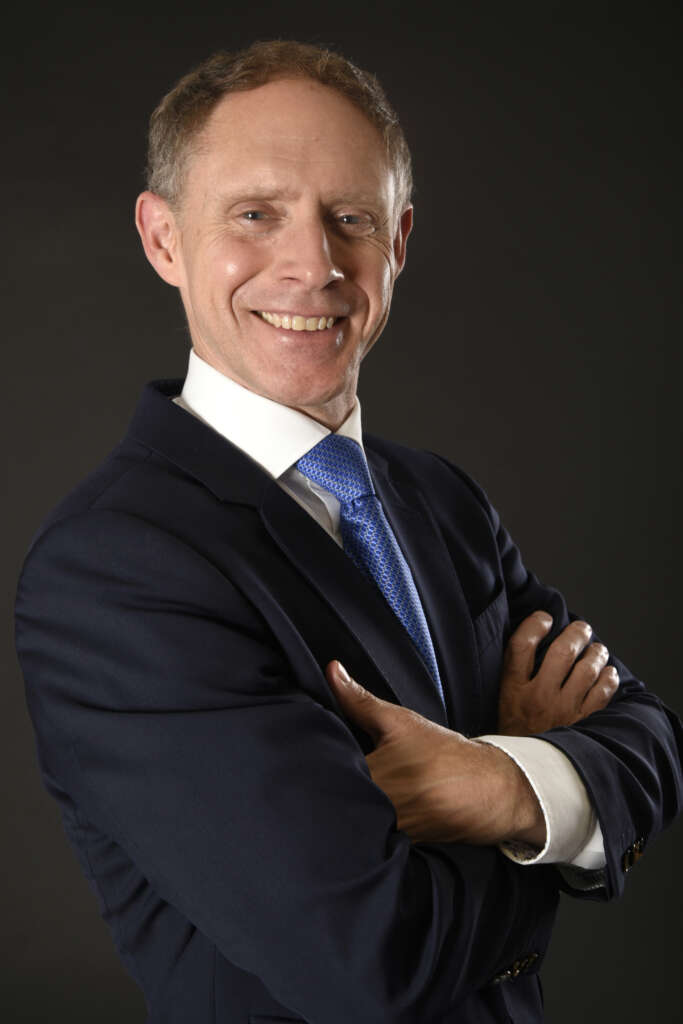 Many organisations neglect to invest in new hardware, such as servers, for fear of the upfront cost, yet failing to upgrade and maintain servers can often lead to higher capital and operational costs. This means the day-to-day expenses associated with out-of-date hardware can quickly exceed the short-term downtime or initial investment needed for a new system.

This isn’t the only potential consequence of failing to upgrade your hardware. Businesses that upgrade to new systems have a better chance of accessing technologies such as artificial intelligence (AI) and Big Data Analytics (BDA) which can enable them to make decisions faster, gain new insights, and increase productivity like never before. That means organisations that continue to run ageing systems risk falling behind their competitors when it comes to innovation, as well as alienating customers and clients who are demanding modern, customised experiences.

This is a conversation that is more important than ever for businesses of all shapes and sizes. Before AMD introduced its EPYC line of server processors in 2017, there was a lack of competition in the x86 server industry which meant the pace of innovation was slow, resulting in modest gen-on-gen performance gains. In recent years, however, new hardware has emerged that can enable businesses to innovate, drive faster time to results, and even potentially reduce the installed server base to minimise initial capital investments and ongoing operational expenses.

Naturally, one of the most significant factors for businesses stalling hardware upgrades is cost, but organisations also need to consider the cost of doing nothing.

It may seem expensive to undergo a major digital transformation project, particularly one that involves a big hardware upgrade such as shifting to new on-premises hardware or moving from legacy infrastructure to services consumption models such as SaaS. However, once your organisation has undergone this task, operational costs are likely to decrease. For example, upgrading to high core count AMD EPYC™ CPU-powered systems not only can reduce the need for IT management and regular maintenance, but it means organisations can host more users and workloads per server and reduce the overall number of servers they need, slashing the amount of required electricity to power and cool new systems. 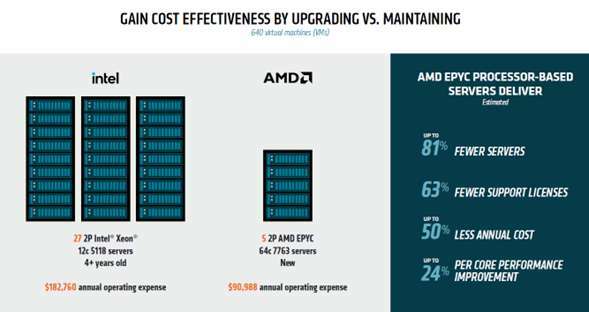 What’s more, upgrading to AMD EPYC™ – which is widely used among AWS, Microsoft Azure, and Google Cloud platforms – also enables your business to take advantage of services models such as SaaS, IaaS and hybrid cloud, in turn reducing your capital expenses. In doing so, it’s possible for businesses to slash annual costs up to 52%, use 63% fewer VMware® vSphere licenses, and get 10% more performance/core by refreshing with 81% fewer servers[i].

Businesses that continue to rely on outdated server hardware could see performance erode over time. Not only can this lead to a slower output, higher failure rates, and potential security breaches, but it can also make for higher maintenance costs. After all, if businesses don’t continue to invest in these ageing systems, they are at risk of even costlier server downtime.

With an up-to-date system, organisations could be confident that poor server performance – and the consequences that follow as a result – would be a thing of the past.

For example, the AMD EPYC™ 7003 Series—which have been ranked as the world’s fastest x86 server processors – deliver industry-leading performance across a wide spectrum of workload types with more than 250 world records.[ii] 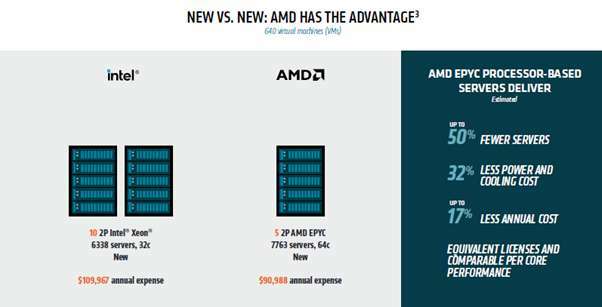 With the EPYC x86 server processor solution, that fits seamlessly into existing x86 infrastructures, your organisation can drive faster time to results and deliver better business outcomes. Newer hardware can also support faster, more agile ways to run businesses to promote and find customers online, enabling your organisation to offer customised services and products and to keep on top of inventory and shipping by making use of innovative new features such as virtual prototyping and AI-driven recommendations.

More and more businesses are now interested in making sustainable choices, from reducing waste and using sustainable materials to shifting to renewable energy sources.  However, those that continue to use out-of-date hardware may be undoing much of the hard work they’ve made in other areas of the organisation.

Replacing outdated or inefficient technology not only may cut down on the carbon emissions and the amount of generated heat and required system cooling that data centres produce but also may reduce the cost of running data centres.

Not only can a reliance on ageing hardware led to higher energy consumption, but it can also increase the probability of your company being breached. Five-year-old hardware was never designed to handle the high-risk workloads and security challenges we now task it with, which means organisations using out-of-date servers risk falling victim to hackers and falling foul of data privacy regulations.

Thanks to the latest technology, organizations can make split-second decisions based on massive amounts of data points. To gain that competitive edge, you need to ensure you’re working efficiently, and one of the key components of working smarter, not harder, is using modern infrastructure. If you continue to rely on ageing systems, you could find yourself falling behind your competitors when it comes to innovation.

Thanks to the high-core count and scalability of 3rd Gen AMD EPYC™ processor-based servers’ businesses are able to easily host applications such as machine learning (ML) and scientific simulations and make the most of new capabilities in artificial intelligence (AI), high-performance computing (HPC) and data analytics.

In a time where data is more vital than ever, and security and performance are paramount, 3rd Gen AMD EPYC™ processors are the smart choice for organizations looking to upgrade their out-of-date hardware. Not only can it help your business to reduce Total Cost of Ownership (TCO), but it can supercharge productivity and agility in an ever-changing market. AMD online calculators can help to competitively compare various CPU’s performance, costs, project power savings, CO2 emissions and more. To access these tools please visit https://www.amd.com/en/processors/epyc-tools.

[iv] MLNCFO-001: As of 7/20/22 based on AMD internal analysis using AMD EPYC™ SERVER VIRTUALIZATION TCO ESTIMATION TOOL – v10.30 estimating the cost and quantity of 2P AMD EPYC 7763 powered servers with a SPECrate®2017_int_base score of 861, https://www.spec.org/cpu2017/results/res2021q4/cpu2017-20211121-30148.html compared to a 2P Intel Xeon Gold 6338 based servers with a SPECrate®2017_int_base score of 425, https://spec.org/cpu2017/results/res2022q2/cpu2017-20220505-31645.html to compare annual costs of 3rd Gen Xeon CPU-based infrastructure to 3rd Gen EPYC CPU-based infrastructure both depreciated over three years. For details, see https://www.amd.com/en/claims/epyc3x#faq-MLNCFO-001. This scenario contains many assumptions and estimates and, while based on AMD internal research and best approximations, should be considered an example for information purposes only, and not used as a basis for decision making over actual testing. SPEC® and SPECrate® are trademarks of Standard Performance Evaluation Corporation. See www.spec.org for more information.

[v] EPYC-028A: As of 2/2/22, of SPECpower_ssj® 2008 results published on SPEC’s website, the 55 publications with the highest overall efficiency results were all powered by AMD EPYC processors. See https://www.amd.com/en/claims/epyc3x#faq-EPYC-028 for the list. More information about SPEC® is available at http://www.spec.org.  SPEC and SPECpower are registered trademarks of the Standard Performance Evaluation Corporation.

[vi] MLNTCO-003A: As of 5/12/21 based on AMD internal analysis using AMD EPYC™ Bare Metal Server & Greenhouse Gas Emission TCO Estimation Tool – version 05/21/2021 1.6 Master4 estimating the cost and quantity of 2P AMD EPYC EPYC_7763 powered servers with a SPECrate®2017_int_base score of 839(1ku price $7,890), https://spec.org/cpu2017/results/res2021q1/cpu2017-20210219-24936.pdf; compared to a 2P Intel Xeon Platinum_8380 based server with a SPECrate®2017_int_base score of 565 (list price $8,099), https://spec.org/cpu2017/results/res2021q2/cpu2017-20210510-26021.pdf. to deliver 10,000 units of integer performance over a 3-year timeframe. For details, see https://www.amd.com/en/claims/epyc#faq-MLNTCO-003A.This scenario contains many assumptions and estimates and, while based on AMD internal research and best approximations, should be considered an example for information purposes only, and not used as a basis for decision making over actual testing. SPEC®, SPECrate® and SPEC CPU® are registered trademarks of the Standard Performance Evaluation Corporation. See www.spec.org for more information. AMD EPYC performance numbers based on AMD measured internal estimates and are subject to change based on actual results.

Why AR is a shoe-in for footwear eCommerce

Top Tech Companies to watch out for in...

Identifying hidden channel costs and how to eliminate...