Home News Air pollution surges as heatwave sweeps across Europe
Our website publishes news, press releases, opinion and advertorials on various financial organizations, products and services which are commissioned from various Companies, Organizations, PR agencies, Bloggers etc. These commissioned articles are commercial in nature. This is not to be considered as financial advice and should be considered only for information purposes. It does not reflect the views or opinion of our website and is not to be considered an endorsement or a recommendation. We cannot guarantee the accuracy or applicability of any information provided with respect to your individual or personal circumstances. Please seek Professional advice from a qualified professional before making any financial decisions. We link to various third-party websites, affiliate sales networks, and to our advertising partners websites. When you view or click on certain links available on our articles, our partners may compensate us for displaying the content to you or make a purchase or fill a form. This will not incur any additional charges to you. To make things simpler for you to identity or distinguish advertised or sponsored articles or links, you may consider all articles or links hosted on our site as a commercial article placement. We will not be responsible for any loss you may suffer as a result of any omission or inaccuracy on the website.
News 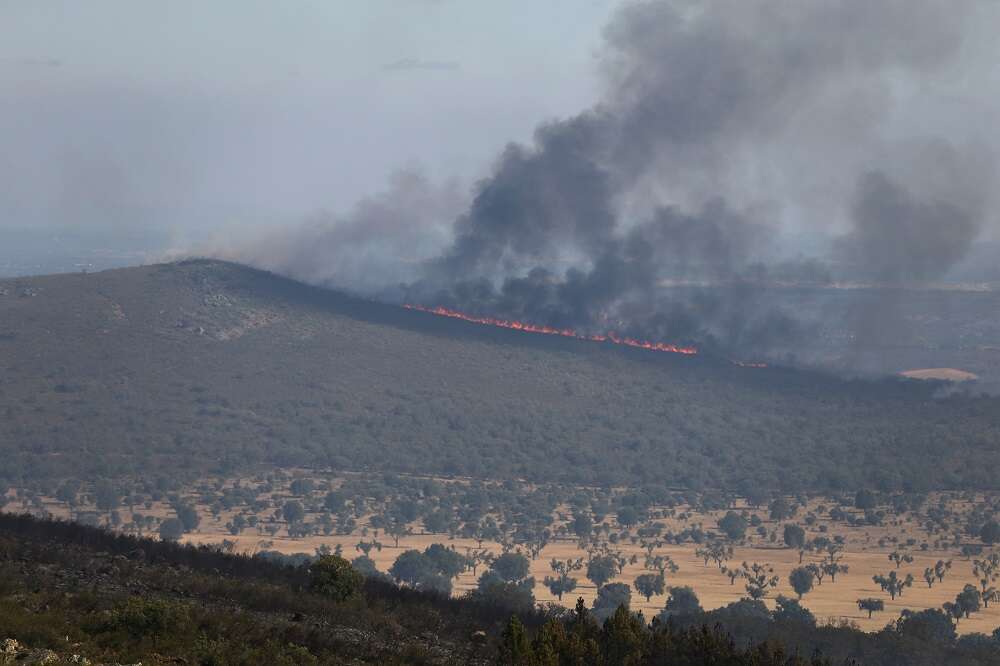 Scientists with the EU Copernicus Atmosphere Monitoring Service (CAMS) warned https://atmosphere.copernicus.eu/copernicus-scientists-warn-very-high-ozone-pollution-heatwave-continues-across-europe on Tuesday of unhealthy levels of ozone pollution across southern and western Europe which could soon affect northwestern regions.

“The air quality impacts are not negligible in relation to this heatwave,” said Mark Parrington, senior scientist with CAMS.

Ozone pollution forms when heat and sunlight interact with greenhouse gases such as nitrous oxide, carbon monoxide and volatile organic compounds released during the burning of fossil fuels.

Surface-level ozone is known to worsen respiratory and cardiovascular illnesses, and has been linked to increased mortality rates.

Long-term exposure to ozone pollution is responsible for 55,000 premature deaths annually in Europe, according to a 2019 study https://iopscience.iop.org/article/10.1088/1748-9326/ab1cd9#erlab1cd9t1 in the journal Environmental Research Letters.

The study found that ozone pollution-associated mortality could be 11% higher in some central and southern European countries in 2050 due to climate change. However, if emissions of greenhouse gases are slashed, ozone-related deaths are projected to decline.

“Smoke particles are one of the most toxic forms of particles we can generate,” said Athanasios Nenes, an atmospheric chemist at the Swiss Federal Institute of Technology Lausanne. “When you breathe them, they increase your chance of getting all kinds of cancers.”

Those already suffering from cardiovascular or respiratory illnesses are also at a greater risk of flare-ups.

In a June 2022 study https://www.atsjournals.org/doi/10.1164/rccm.202204-0657OC, University of Southern California researchers found that while days with extreme heat or extreme particulate air pollution resulted in a 5% to 6% increase in mortality risk, deaths were 21% more likely on days that saw simultaneous extremes, associated with wildfires.

“We need to think about combining public health alerts for air pollution and heat,” said co-author Erika Garcia, a public health scientist at USC. “A day with exposure to both extremes is much more harmful than a day with just one.”