Home News Analysis-ECB ‘QT’ may be next challenge for tumultuous markets
Our website publishes news, press releases, opinion and advertorials on various financial organizations, products and services which are commissioned from various Companies, Organizations, PR agencies, Bloggers etc. These commissioned articles are commercial in nature. This is not to be considered as financial advice and should be considered only for information purposes. It does not reflect the views or opinion of our website and is not to be considered an endorsement or a recommendation. We cannot guarantee the accuracy or applicability of any information provided with respect to your individual or personal circumstances. Please seek Professional advice from a qualified professional before making any financial decisions. We link to various third-party websites, affiliate sales networks, and to our advertising partners websites. When you view or click on certain links available on our articles, our partners may compensate us for displaying the content to you or make a purchase or fill a form. This will not incur any additional charges to you. To make things simpler for you to identity or distinguish advertised or sponsored articles or links, you may consider all articles or links hosted on our site as a commercial article placement. We will not be responsible for any loss you may suffer as a result of any omission or inaccuracy on the website.
News

Analysis-ECB ‘QT’ may be next challenge for tumultuous markets 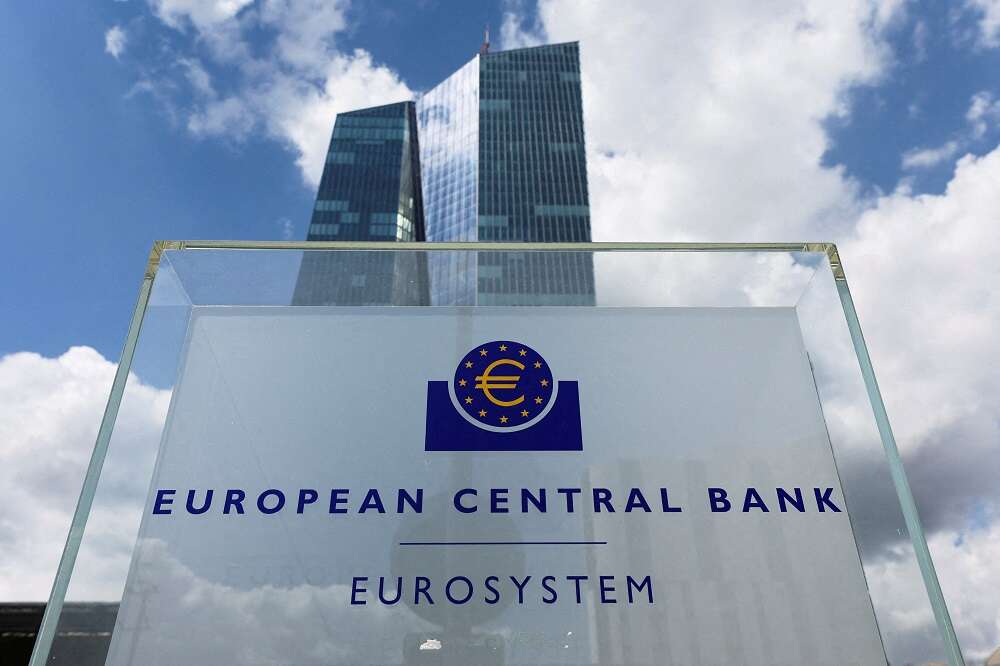 By Yoruk Bahceli and Dhara Ranasinghe

LONDON (Reuters) – The European Central Bank is considering entering the maelstrom of volatile world markets to start winding down its massive bond holdings – just as governments scale up spending to respond to an energy crisis likely to induce a recession.

The ECB, which bought 5 trillion euros ($4.87 trillion) of bonds over the past decade to lift inflation deemed too low, now finds itself battling to bring it down as it runs at a record high of 10%.

On top of aggressive interest rate hikes including an unprecedented 75 basis-point move last month, policy hawks want to begin quantitative tightening (QT): the scaling back of the ECB’s bond holdings.

European Central Bank policymakers discussed earlier this month a detailed timeline for running down part of their bond portfolio and envisioned its start sometime in the second quarter of 2023, Reuters reported on Thursday.

The process will likely come after the ECB hikes its benchmark rate to around 2% and be very gradual, but bond markets, reeling from aggressive rate hikes globally, an energy crisis and a rout in British bonds – are nervous.

“There is much at stake in the euro zone when it comes to QT,” said ING senior rates strategist Benjamin Schroeder, adding that the closely watched gap between Italian and German yields was the main focus.

“But beyond spreads there is also a fear of stoking further market volatility, especially when government funding plans in the eurozone are under growing upside risk.”

Germany last month unveiled a 200 billion euro package funded by new borrowing to help cushion the blow from the energy shock. BofA expects net European government bond supply to rise close to 400 billion euros next year, the highest on record and well above the 120-145 billion euros expected this year, dampened in part by ECB bond-buying.

Analysts expect the ECB would first gradually phase out reinvestments of bonds maturing under its conventional bond purchase programme. That would reduce its balance sheet by a “manageable” 155 billion euros in 2023 and 300 billion euros in 2024, ING reckons.

Goldman Sachs estimates that bond markets should be able to digest an annual 250 billion euro unwind of those holdings. Ten-year bond yields in higher-rated states would rise a mere 6 bps, and 15 bps in Southern Europe.

Even if those holdings were to be unwound, analysts widely expect the ECB would still continue reinvestments under its pandemic emergency bond purchase programme (PEPP). It shifted funds to countries such as Italy and Spain over the summer as a first line of defence for a divergence of the yield spread they pay over top-rated Germany’s seen as “unwarranted”.

Reuters sources said the QT discussion earlier this month did not impact PEPP reinvestments, set to run through 2024.

“To some extent, ironically the PEPP flexibility is a way to keep on doing QE for peripheral debt while doing QT and could even eventually lead to tighter spreads,” he said, referring to the first half of next year.

An eventual wind-down of PEPP holdings could add to balance sheet reductions in 2025 worth a total 388 billion euros, ING said. Analysts do not expect the ECB to speed up the process with outright bond sales.

How QT will play out is largely unknown in the same way that quantitative easing was an experiment.

The Federal Reserve has started to wind down its $9 trillion balance sheet and staff recently concluded that bond market strains could complicate the operation by amplifying its impact and raising rates more than anticipated.

The Bank of England’s plans to start QT in early October were delayed until Oct. 31 as it launched an emergency bond-buying programme to stem a bond market rout sparked by the UK government’s Sept. 23 announcement of a “mini-budget”.

“The lesson from the Bank of England is that essentially, if you don’t have financial stability, there’s no point trying to pursue price stability,” said Piet Haines Christiansen, chief analyst at Danske Bank.

The big headache for the ECB is containing bond spreads.

In addition to PEPP reinvestments, it has also launched a new tool, the Transmission Protection Instrument (TPI), under which it would buy bonds from states seeing an “unwarranted” widening of spreads over Germany.

AllianceBernstein portfolio manager Nick Sanders said he was “sceptical” how the ECB could achieve QT with those protections in place.

“If you’ve got euro zone yields supported by backstop they’ve got in place, it’s going to be very hard for them to move into QT environment without a shock towards peripheral spreads, particularly Italy.”

The ECB may also find itself undertaking QT during a recession, which would lead to “overtightening” of policy, said Annalisa Piazza, analyst at MFS Investment Management.

No doubt the ECB, whose assets rival the Fed’s, adding to balance sheet runoff globally would be another source of uncertainty for broader markets.

A rough rule of thumb is that $1 trillion of QT is consistently worth about 10% off global equities, strategists said.