Our website publishes news, press releases, opinion and advertorials on various financial organizations, products and services which are commissioned from various Companies, Organizations, PR agencies, Bloggers etc. These commissioned articles are commercial in nature. This is not to be considered as financial advice and should be considered only for information purposes. It does not reflect the views or opinion of our website and is not to be considered an endorsement or a recommendation. We cannot guarantee the accuracy or applicability of any information provided with respect to your individual or personal circumstances. Please seek Professional advice from a qualified professional before making any financial decisions. We link to various third-party websites, affiliate sales networks, and to our advertising partners websites. When you view or click on certain links available on our articles, our partners may compensate us for displaying the content to you or make a purchase or fill a form. This will not incur any additional charges to you. To make things simpler for you to identity or distinguish advertised or sponsored articles or links, you may consider all articles or links hosted on our site as a commercial article placement. We will not be responsible for any loss you may suffer as a result of any omission or inaccuracy on the website.
Home News Analysis-U.S. retail traders pile back into options as meme-stock mania flares 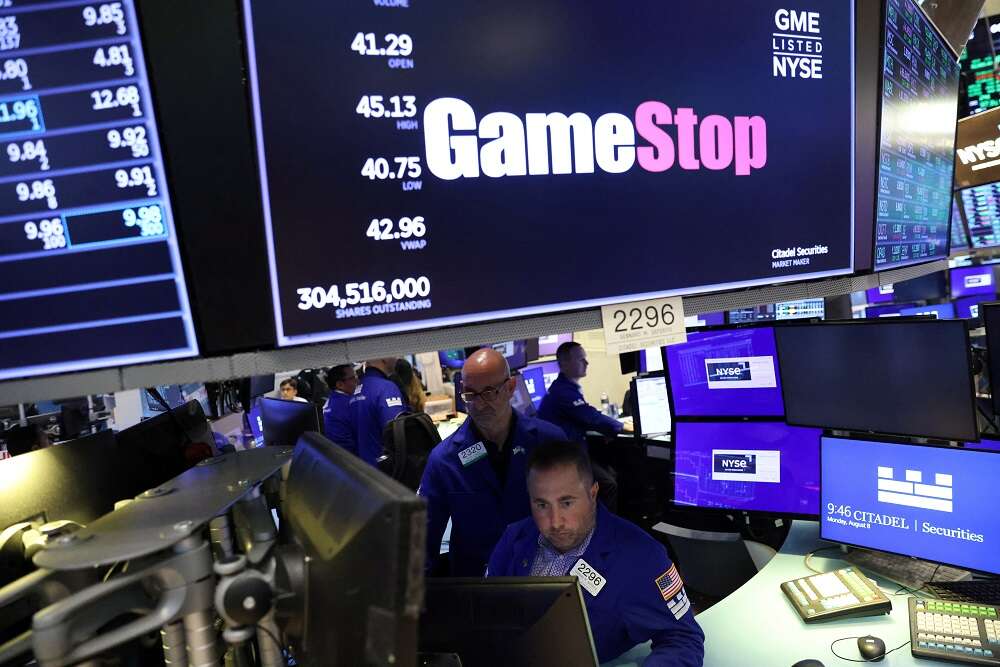 NEW YORK (Reuters) – Speculative options trading is on the rise again among individual investors alongside a rally in so-called meme stocks, reviving a trend that swept Wall Street last year but faded as markets turned volatile in 2022. 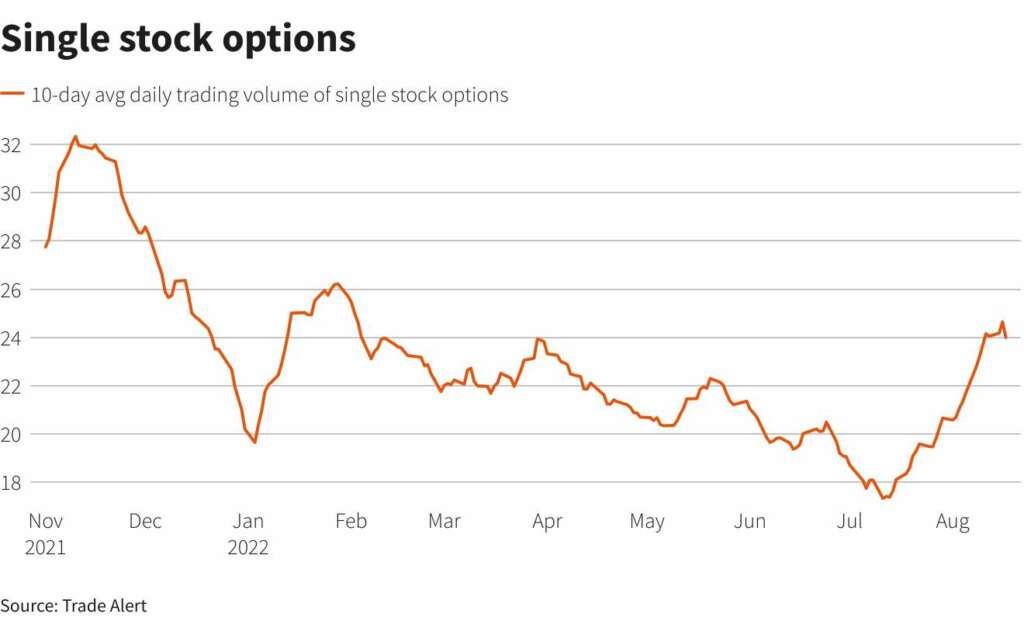 The rise in options trading comes amid wild rallies in the shares of companies popular with retail investors, led by Bed, Bath & Beyond, whose stock is up about 360% this month. More seasoned meme-stock names such as GameStop and AMC Entertainment have surged as well, rising 19% and 47% respectively month-to-date. The S&P 500 is up 3.5% so far in August and has rallied nearly 17% from its June lows.

“Certainly a disproportionate amount of the growth is in highly speculative names, meme stocks and the like.”

Shares of many smaller or less profitable companies were hit hard in the first half of the year, when worries over surging inflation and a hawkish Federal Reserve dried up risk appetite and dealt the S&P 500 its worst first half loss since 1970.

The recent pickup in options trading is one sign that risk appetite among retail investors may be returning, although volumes are still down some 24% from a peak hit last November.

On Wednesday, Bed Bath & Beyond was the second-most actively traded single-stock name with 1.4 million options contracts changing hands, topping market behemoths such as Tesla and Amazon.com.

The focus on Bed Bath & Beyond grew after a regulatory filing showed on Aug. 16 that activist investor and GameStop Chairman Ryan Cohen took a large bullish options positions in the retailer’s shares.

Bed Bath & Beyond shares closed up nearly 12% on Wednesday but fell sharply in after-hours trading, after a late filing showed RC Ventures, owned by Cohen, filed a notice with the U.S. SEC for the proposed sale of 9.45 million shares, including options.

Other stocks popular with retail traders have also drawn increased interest in recent weeks, though not to the same extent. AMC daily options volume, for instance, stands at about 64,000 contracts month-to-date, up 60% from the average for the rest of the year.

The rise in retail options trading has been accompanied by increased engagement in social media platforms where meme stocks are discussed, according to data from VandaTrack, another sign that individual investors are growing bolder.

Still, many market watchers have been skeptical of the rallies, noting that past rebounds in meme stocks have fizzled, particularly a run in the first half of the year that was followed by new lows in broader markets.

“It’s the dog days of summer and we have had a little bit of easing of volatility,” said Garrett DeSimone, head quant at OptionMetrics. “I wouldn’t say it is a total change in risk aversion.”

Dan Pipitone, chief executive of retail brokerage TradeZero, noted that a surge in call buying is often viewed as a contrarian signal that points to a near-term top in markets.

Much depends on whether the bounce that has taken broader markets higher starts to fade, said Sosnick, of Interactive Brokers.

“If we start to go down in a meaningful way, particularly if we re-test the lows, that would mean the greed would revert to fear,” he said.