Home Finance Are Australian Open Banking APIs up to the task?
Finance

Are Australian Open Banking APIs up to the task? 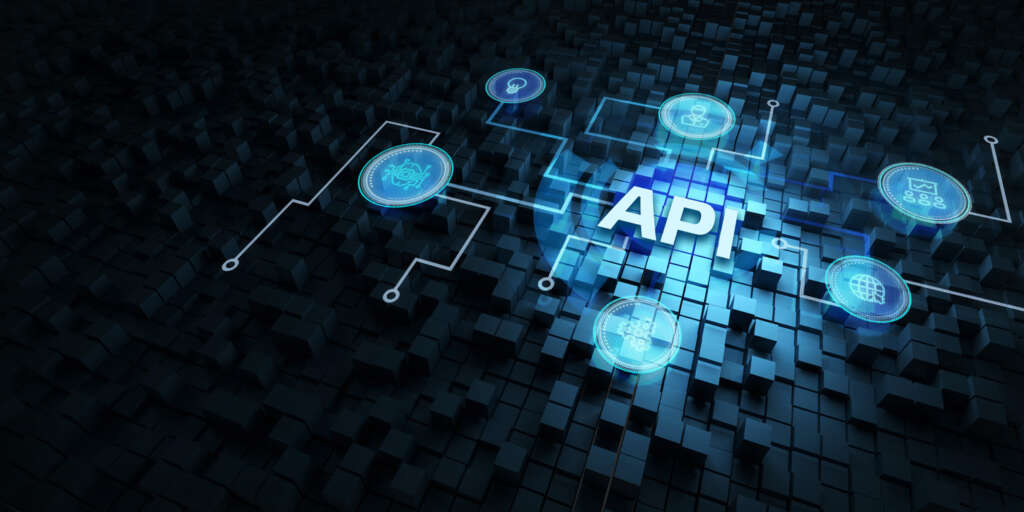 January 2022 – Frollo, Australia’s leading Open Banking intermediary[1], has published its 2021 Open Banking API performance monitor. Based on over 15 Million API calls on its Open Banking platform in 2021, the report compares speed and – for the first time ever – reliability between banks. With only a few exceptions, most banks were found to be delivering a fast and reliable customer experience.

From July to December the number of live Data Holders included in Frollo’s Open Banking API analysis increased from 11 to 40[2]. Despite this growth, the average industry performance remained stable. API response times averaged below one second and reliability never dropped below 98%. 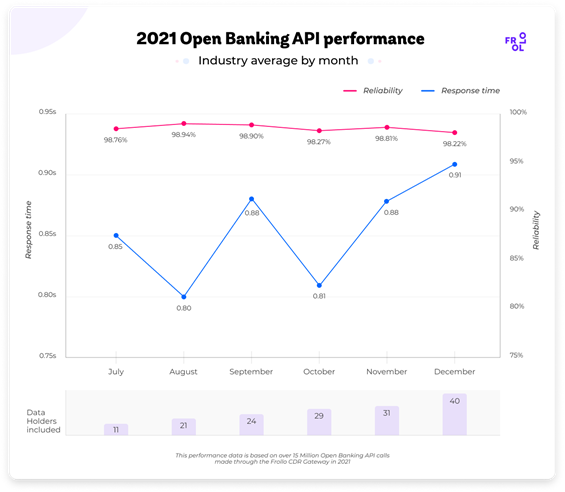 Up is the fastest and most reliable Data Holder in 2021

With an average response time of 0.26 seconds and 99.88% reliability across all Open Banking APIs, neobank, Up outperformed all other Data Holders in 2021.

Eight of the 25 Data Holders made it into the bottom right quadrant of fast (< 1 second) and reliable  (98%+) as represented in the graph below. Meanwhile, five Data Holders took more than two seconds to respond, with a reliability of less than 96%. 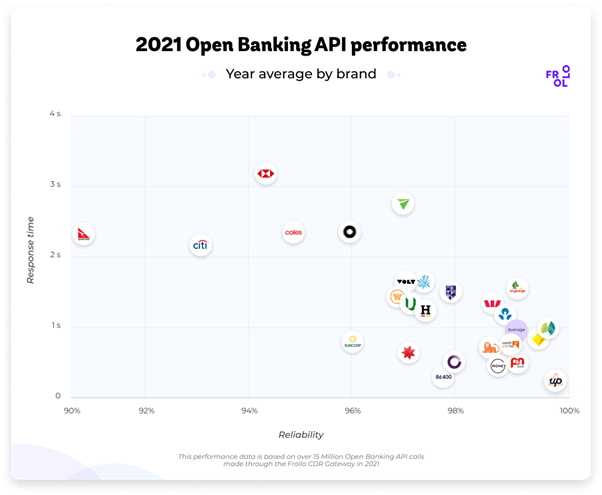 Neobanks up to 36x faster than slowest Data Holders

Although industry averages show a fast and reliable ecosystem, a closer look at the two most popular APIs (for collecting transaction data and account information) shows a big difference between the front runners and some of the slower Data Holders.

Neobank Up had an average response time for the Accounts API of 0.11 seconds. That’s more than 36x faster than HSBC, which took 4.05 seconds to respond on average.

11 Data Holders, including 86:400, bcu and Beyond Bank, had a response time of 0.5 seconds or less when their Transactions for accounts API was called. The slowest Data Holder (MyState Bank) took close to 4 seconds, or almost 5x as long as the leaders.

Two additional performance graphs comparing speed between banks can be found below. 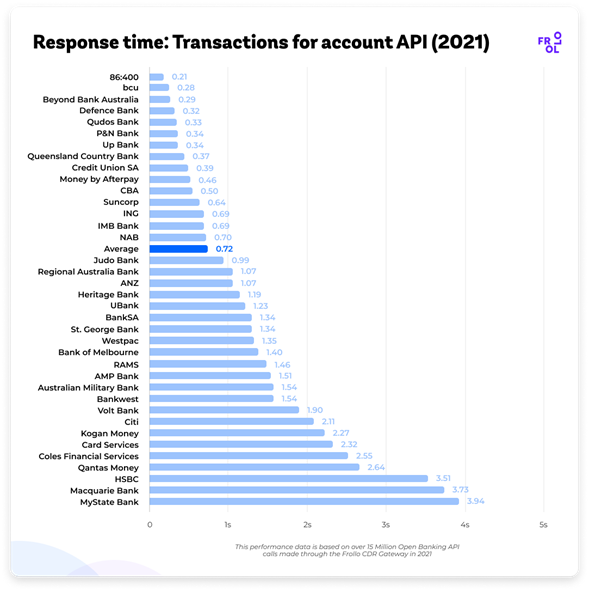 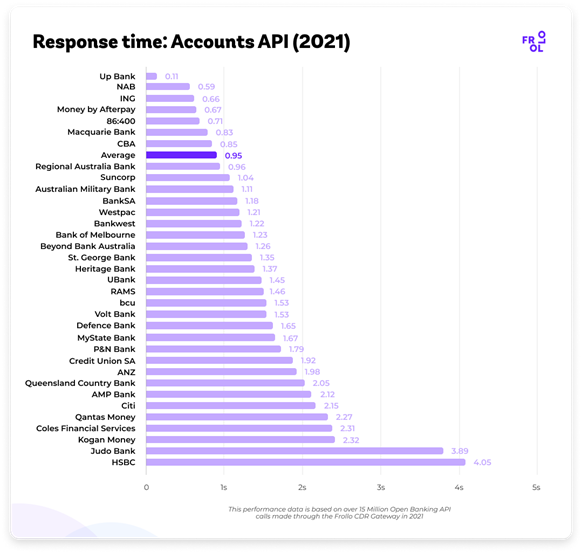 Dollar moves off lows on heels of inflation...

BoE’s Saunders worries inflation will be higher than...

Rouble weakens sharply from over 2-year high vs...