Home News Asia shares bank on eventual China opening; oil gains
Our website publishes news, press releases, opinion and advertorials on various financial organizations, products and services which are commissioned from various Companies, Organizations, PR agencies, Bloggers etc. These commissioned articles are commercial in nature. This is not to be considered as financial advice and should be considered only for information purposes. It does not reflect the views or opinion of our website and is not to be considered an endorsement or a recommendation. We cannot guarantee the accuracy or applicability of any information provided with respect to your individual or personal circumstances. Please seek Professional advice from a qualified professional before making any financial decisions. We link to various third-party websites, affiliate sales networks, and to our advertising partners websites. When you view or click on certain links available on our articles, our partners may compensate us for displaying the content to you or make a purchase or fill a form. This will not incur any additional charges to you. To make things simpler for you to identity or distinguish advertised or sponsored articles or links, you may consider all articles or links hosted on our site as a commercial article placement. We will not be responsible for any loss you may suffer as a result of any omission or inaccuracy on the website.
News 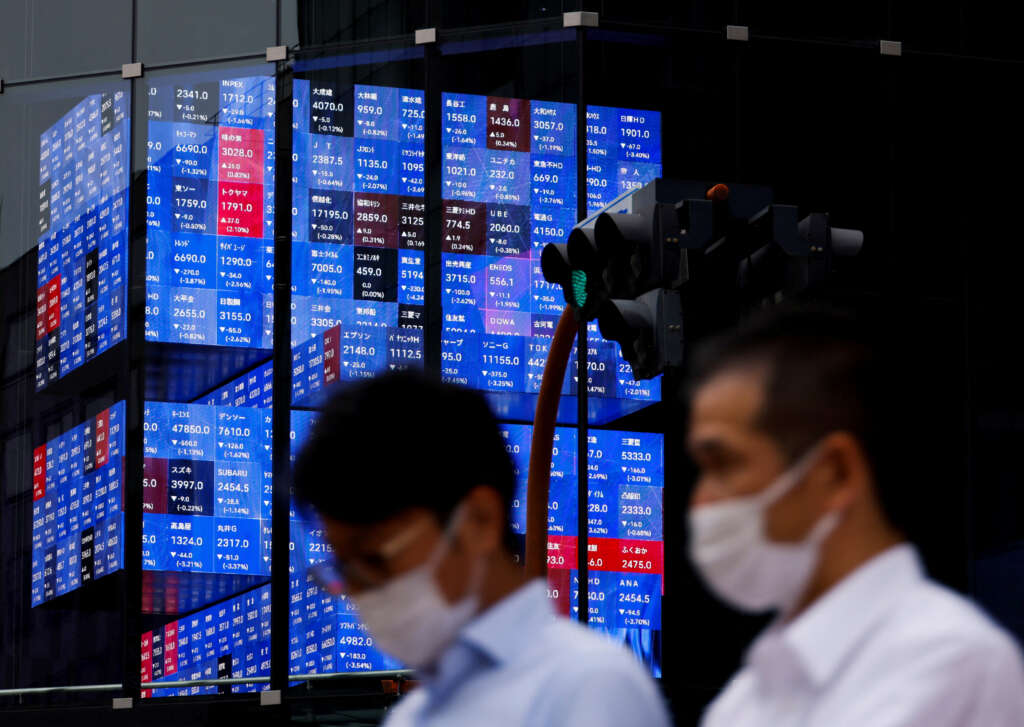 SYDNEY (Reuters) – Asian shares extended their rally on Monday as investors hoped steps to unwind pandemic restrictions in China would eventually brighten the outlook for global growth and commodity demand, nudging the dollar down against the yuan.

The news helped oil prices firm as OPEC+ nations reaffirmed their output targets ahead of a European Union ban and price caps on Russian crude, which begin on Monday. [O/R]

There were also reports Beijing might lower the threat classification for COVID-19, though clarity was lacking on timetables for future steps.

“While the easing of some restrictions does not equate to a wholesale shift away from the dynamic COVID zero strategy just yet, it is further evidence of a shifting approach and financial markets look to be firmly focussed on the longer term outlook over the near-term hit to activity as virus cases look set to continue,” said Taylor Nugent, an economist at NAB.

Indeed, 10-year note yields have fallen 74 basis points since early November, effectively undoing much of the tightening of the Fed’s last outsized increase in cash rates.

Markets are wagering Fed rates will top out at 5% and the European Central Bank around 2.5%.

“But U.S. and Euro area labour demand remain surprisingly strong, and alongside a recent easing in financial conditions, the risks are shifting toward higher-than-anticipated terminal rates for both the Fed and the ECB,” warns Bruce Kasman, head of economic research at JPMorgan.

“The combination of labour market resilience with sticky wage inflation adds to the risk that the Fed will deliver a higher than 5% rate forecast at its upcoming meeting and that Chair Jerome Powell’s press conference will shift to more open-ended guidance regarding any near-term ceiling on rates.”

The Fed meets on Dec. 14 and the ECB the day after. Speaking on Sunday, French central bank chief Francois Villeroy de Galhau said he favoured a hike of half a point next week.

Central banks in Australia, Canada and India are all expected to raise their rates at meetings this week.

The steep decline in U.S. yields has taken a toll on the dollar, which fell 1.4% last week on a basket of currencies to its lowest since June.

The dollar also slipped under 7.0 yuan in offshore trade to hit the lowest in three months at 6.9677.

Oil prices bounced after OPEC+ agreed to stick to its oil output targets at a meeting on Sunday.

The Group of Seven and European Union states are due on Monday to impose a $60 per barrel price cap on Russian seaborne oil, though it was not yet clear what impact this would have on global supply and prices.