Home News Biden, Johnson, Trudeau pledge artillery for Ukraine in battle against Russia
Our website publishes news, press releases, opinion and advertorials on various financial organizations, products and services which are commissioned from various Companies, Organizations, PR agencies, Bloggers etc. These commissioned articles are commercial in nature. This is not to be considered as financial advice and should be considered only for information purposes. It does not reflect the views or opinion of our website and is not to be considered an endorsement or a recommendation. We cannot guarantee the accuracy or applicability of any information provided with respect to your individual or personal circumstances. Please seek Professional advice from a qualified professional before making any financial decisions. We link to various third-party websites, affiliate sales networks, and to our advertising partners websites. When you view or click on certain links available on our articles, our partners may compensate us for displaying the content to you or make a purchase or fill a form. This will not incur any additional charges to you. To make things simpler for you to identity or distinguish advertised or sponsored articles or links, you may consider all articles or links hosted on our site as a commercial article placement. We will not be responsible for any loss you may suffer as a result of any omission or inaccuracy on the website.
News 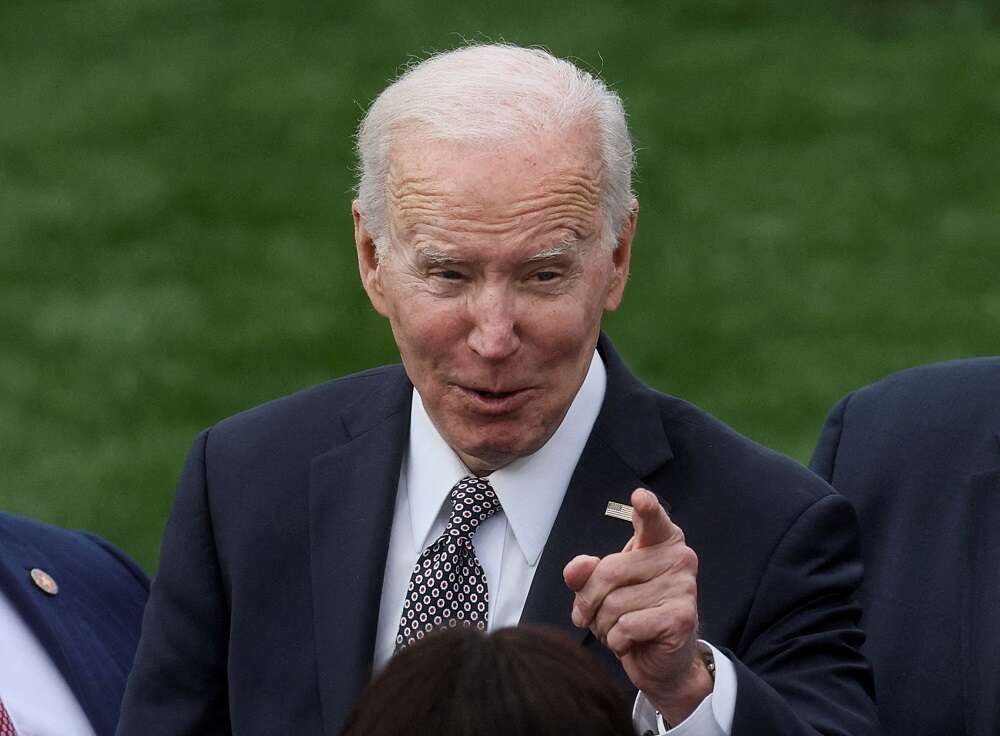 Biden spoke with Johnson, Trudeau and other allied leaders in a secure video call from the White House Situation Room as the Russian invasion reached a new phase.

Asked by reporters during a visit to New Hampshire if the United States would be sending more artillery to Ukraine, Biden replied yes.

In London, Johnson told lawmakers: “This will become an artillery conflict, they need support with more artillery, that is what we will be giving them … in addition to many other forms of support.”

They are to coordinate through the G7, the European Union and NATO, she said.

Russia seized its first town in eastern Ukraine as part of a fresh assault that Ukraine has described as the Battle of the Donbas aimed at taking two provinces.

The United States sees Russia carrying out a “prelude” to larger offensive operations in the eastern part of its neighboring country, a senior U.S. official said on Tuesday.

A French presidential adviser said the allies had discussed how to provide security guarantees to Ukraine after the war if it is not part of NATO and its automatic defense mechanism known as Article 5.

“Our country is ready to provide security guarantees,” the French official said. “It would be military supplies so that it can deal with a new attack or, possibly, guarantees that would see us get involved if Ukraine is attacked in a way where we could assess how to assist it.”

These guarantees would look more like the defense clause the European Union currently has among its members, the French official said, rather than a defense mechanism similar to NATO’s Article 5, which triggers automatic military support if a member is attacked.

Allies also discussed the need to persuade non-EU, non-G7 countries to treat the war in Ukraine as an issue that concerns world peace and not just Europe or the West, the French official said.

Russia sent tens of thousands of troops into Ukraine on Feb. 24 in what it called a special operation to degrade its southern neighbour’s military capabilities and root out people it called dangerous nationalists. Ukrainian forces have mounted stiff resistance and the West has imposed sweeping sanctions on Russia in an effort to force it to withdraw its forces.

(Reporting by Steve Holland and Jeff Mason in Washington and Michel Rose in Paris;Editing by Alistair Bell and Howard Goller)