Home Finance Big fall in euro zone inflation offers little help for ECB
Our website publishes news, press releases, opinion and advertorials on various financial organizations, products and services which are commissioned from various Companies, Organizations, PR agencies, Bloggers etc. These commissioned articles are commercial in nature. This is not to be considered as financial advice and should be considered only for information purposes. It does not reflect the views or opinion of our website and is not to be considered an endorsement or a recommendation. We cannot guarantee the accuracy or applicability of any information provided with respect to your individual or personal circumstances. Please seek Professional advice from a qualified professional before making any financial decisions. We link to various third-party websites, affiliate sales networks, and to our advertising partners websites. When you view or click on certain links available on our articles, our partners may compensate us for displaying the content to you or make a purchase or fill a form. This will not incur any additional charges to you. To make things simpler for you to identity or distinguish advertised or sponsored articles or links, you may consider all articles or links hosted on our site as a commercial article placement. We will not be responsible for any loss you may suffer as a result of any omission or inaccuracy on the website.
Finance 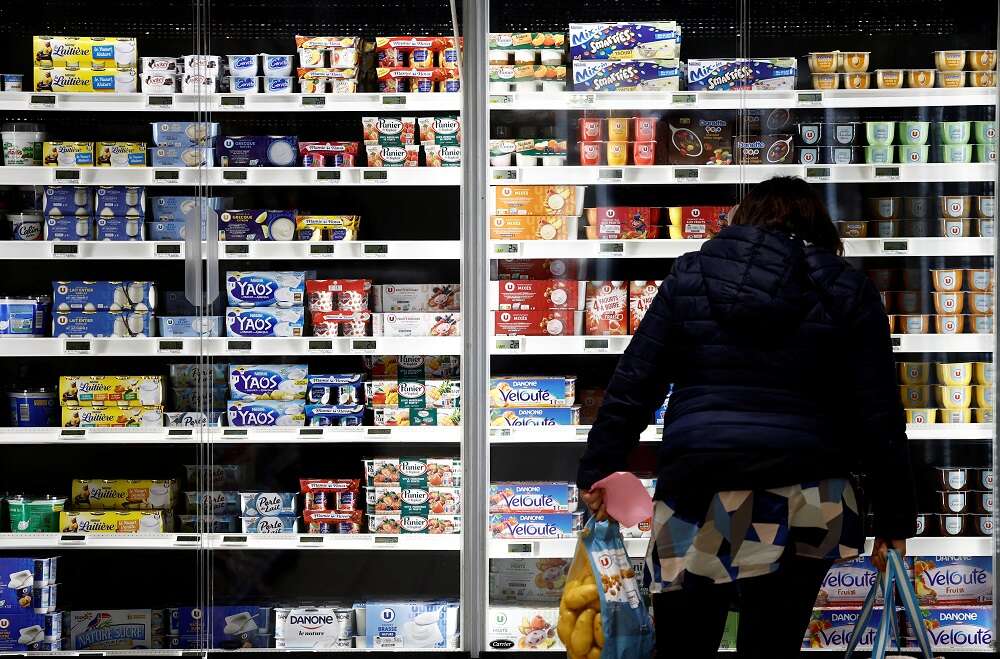 By Balazs Koranyi and Jan Strupczewski

Fighting a historic surge in prices, the ECB has since July increased borrowing costs at its fastest pace on record. It has promised a string of further moves this year to curb inflation that its own economists see staying above its 2% target well into 2025.

Consumer price growth across the 19 countries using the euro slowed to 9.2% in December from 10.1% a month earlier, Eurostat data showed on Friday – well below a Reuters poll forecast of 9.7%, with the decline driven by lower energy prices.

The euro zone has since expanded to 20 nations, with Croatia joining on Jan. 1.

But the headline number masked a more malignant trend, with all key components of core inflation accelerating.

Excluding volatile food and energy prices, inflation picked up to 6.9% from 6.6%, while an even narrower measure that also excludes alcohol and tobacco rose to 5.2% from 5%.

Services and non-energy industrial goods inflation, both watched closely by the ECB to gauge the durability of price growth, accelerated, adding to concerns that inflation is proving more stubborn than expected.

“Rising core inflation means that not much will sway the European Central Bank from the hawkish path it set out late last year,” ING economist Bert Colijn said.

A string of other indicators also suggest that the bloc’s winter recession will be milder than anticipated, leaving the ECB with more work to do to tame prices.

But that may complicate life for the ECB.

The recession was expected to push up unemployment, naturally dampening price pressures. But employment, already at a record high, is actually going up, not down.

Fiscal support for households is also proving more generous than hoped and this excessive spending is adding to purchasing power, weighing against the ECB’s restrictive policies.

“With core inflation at record levels and likely remaining high over the coming months, we expect the ECB to deliver two 50 basis point hikes in February and March and pause afterwards amid easing inflation and subdued economic trends.”

Although inflation may rise again in January, the peak has probably passed and the ECB’s focus will start shifting to how quickly it will fall back.

Markets and surveys are beginning to factor in the possibility that price growth will stay longer above 2% and even the ECB’s own forecasts, which have proved overly optimistic over the past two years, do not see the bank hitting its target until late 2025.

The problem is that the longer inflation stays high, the more difficult it will be to tame it as firms start adapting their pricing and wage policies, perpetuating price pressures.

That is why the ECB raised rates by a combined 2.5 percentage points last year – mirroring its global peers, even if somewhat later – and promised big hikes in both February and March that are set to take the deposit rate to around 3%.

“We expect the deposit rate to be at 3.25% in the spring, where it is likely to remain for some time thereafter,” Commerzbank’s Ralph Solveen said.