Home News ‘Black Panther’ sequel ignites box office with $330 million global debut
Our website publishes news, press releases, opinion and advertorials on various financial organizations, products and services which are commissioned from various Companies, Organizations, PR agencies, Bloggers etc. These commissioned articles are commercial in nature. This is not to be considered as financial advice and should be considered only for information purposes. It does not reflect the views or opinion of our website and is not to be considered an endorsement or a recommendation. We cannot guarantee the accuracy or applicability of any information provided with respect to your individual or personal circumstances. Please seek Professional advice from a qualified professional before making any financial decisions. We link to various third-party websites, affiliate sales networks, and to our advertising partners websites. When you view or click on certain links available on our articles, our partners may compensate us for displaying the content to you or make a purchase or fill a form. This will not incur any additional charges to you. To make things simpler for you to identity or distinguish advertised or sponsored articles or links, you may consider all articles or links hosted on our site as a commercial article placement. We will not be responsible for any loss you may suffer as a result of any omission or inaccuracy on the website.
News 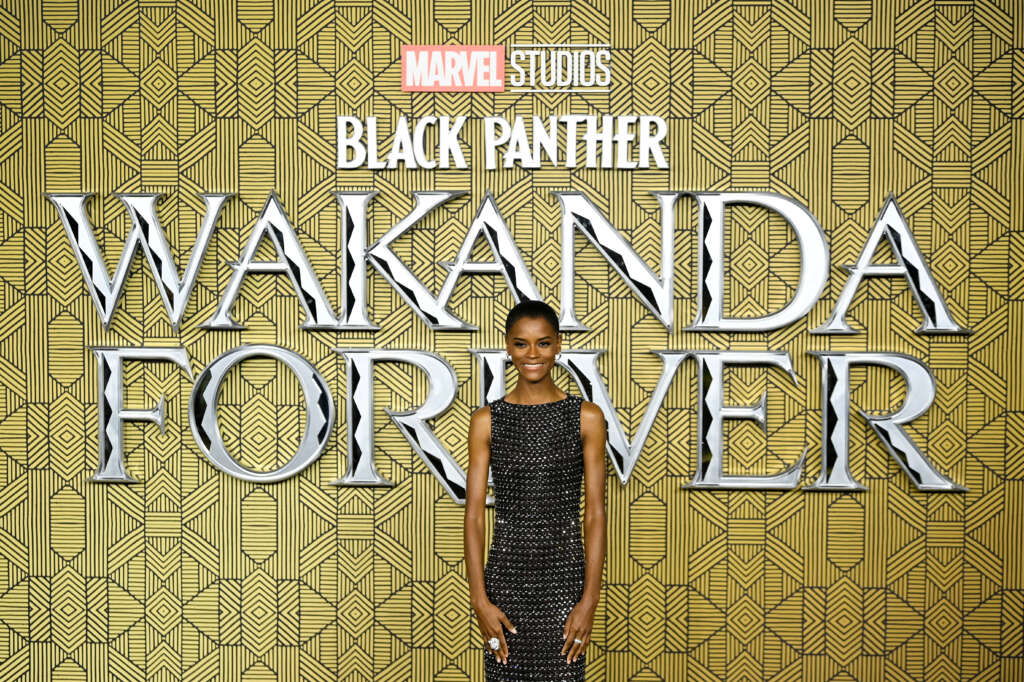 LOS ANGELES (Reuters) – Marvel Studios adventure “Black Panther: Wakanda Forever” brought crowds to movie theaters around the globe over the weekend, selling an estimated $330 million in tickets and setting a November record in the United States and Canada.

The sequel to 2018 Oscar-nominated blockbuster “Black Panther” racked up roughly $180 million at domestic theaters Thursday night through Sunday, distributor Walt Disney Co said. That marked the highest total ever for a film opening in November, topping the $158.1 million for 2013 film

Outside the domestic market, “Wakanda Forever” pulled in an estimated $150 million from Wednesday through Sunday. It ranked as the top-grossing Hollywood release in all markets.

The results provided a boost to movie theaters, which have struggled to return to pre-pandemic levels of ticket sales. The domestic total ranked as the No. 13 movie debut of all time.

The original “Black Panther,” starring Chadwick Boseman as King T’Challa, broke ground as the first superhero movie with a predominantly Black cast. The film took in $1.3 billion at worldwide box offices over its run and became the only superhero movie ever nominated for best picture at the Academy Awards.

Marvel had to rework “Wakanda Forever” after Boseman died of cancer in 2020 just before filming was supposed to begin.

The studio decided not to cast another actor in the role of T’Challa. Instead, writer and director Ryan Coogler crafted a new film that centers around T’Challa’s younger sister Shuri (Letitia Wright), his mother Queen Ramonda (Angela Bassett) and other women who step up to help lead the grieving nation.

Film critics praised the sequel, saying Marvel had succeeded in paying tribute to Boseman while offering a compelling film despite the loss of the popular lead character.

The movie scored an 84% positive rating from movie critics, and 95% positive from audiences, in reviews collected on the Rotten Tomatoes website.

Bock said his local theater was buzzing with a packed crowd for one of the first “Wakanda Forever” screenings. “I hadn’t seen that for months,” he said.

Box office year-to-date ticket sales stand at $6.5 billion through Sunday in the domestic market, according to Comscore. That is 33% below the pre-pandemic year of 2019.

The problem is a thin slate of films, Bock said. Many Hollywood studios are still dealing with COVID-induced production delays. The number of wide releases in 2022 is 37% lower than in 2017.

Theaters are looking ahead to Disney’s “Avatar: The Way of Water” in December, and a larger number of films in 2023, to increase ticket sales.

Germany warns its delegation of Egyptian spies at COP27