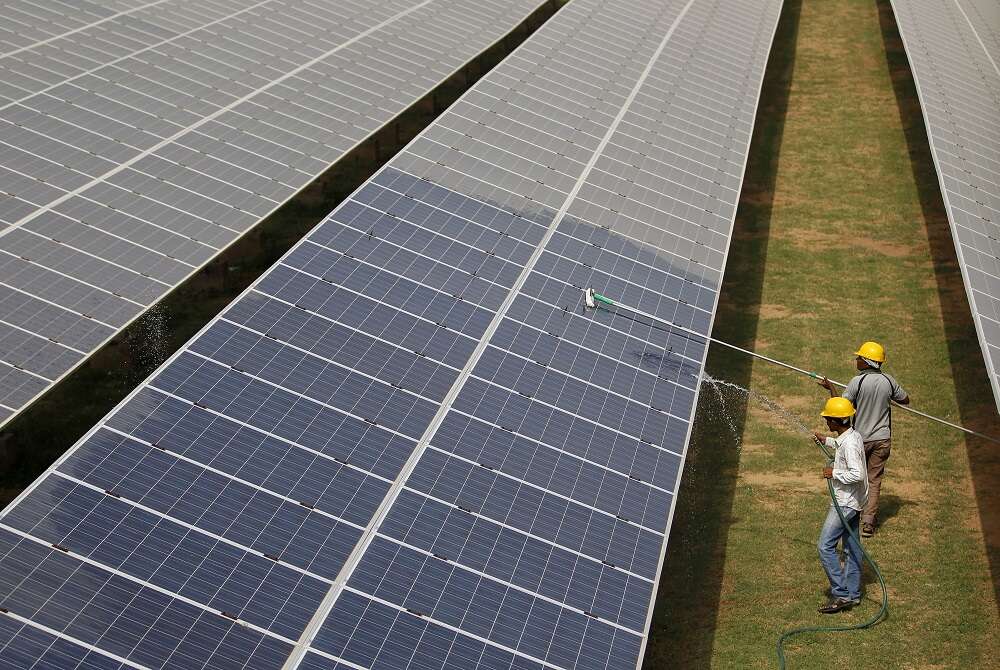 LONDON (Reuters) – British leader Boris Johnson on Monday launched an initiative to boost green infrastructure and technology investments in emerging markets, including a doubling of UK aid to more than 3 billion pounds ($4 billion) over five years.

Announcing the plan at the start of global climate talks in Scotland, the government said it aims to help tackle climate change and boost economic growth in some of the countries that are most vulnerable to the impact of global warming.

Financing is likely to be one of the sticking points at the U.N. talks, as poorer countries demand the rich do much more to help.

“I want to see the UK’s Green Industrial Revolution go global. The pace of change on clean technology and infrastructure is incredible, but no country should be left behind in the race to save our planet,” Johnson said in a statement.

“The climate has often been a silent victim of economic growth and progress – but the opposite should now be true.”

The ‘Clean Green Initiative’ will see the UK government provide guarantees to support clean infrastructure projects and develop partnerships between public and private investors – a focus for policymakers at the COP26 talks.

As part of the increase in government support – double that invested by UK development body CDC on climate projects between 2017 and 2021 – 200 million pounds would be invested in a new Climate Innovation Facility (CIF), it said.

The CIF will work with private sector investors to help countries scale up technologies to deal with the impacts of climate change, such as drought-resistant agriculture and sustainable forestry, it said.

Through the UK aid-backed Private Infrastructure Development Group, more than 210 million pounds will back projects, including making electric vehicles in India and developing solar power in Burkina Faso.

Britain would also provide a guarantee to the African Development Bank that is expected to unlock up to 1.45 billion pounds in financing for projects across the continent, it added.

The sums are far less than those expected to be needed.

BlackRock Investment Institute has estimated at least $1 trillion per year is required for emerging markets to decarbonise every section of the economy.

“One minute to midnight” says Johnson as climate conference opens