Home News Britain urges banks to offer mortgage flexibility in cost-of-living crisis
Our website publishes news, press releases, opinion and advertorials on various financial organizations, products and services which are commissioned from various Companies, Organizations, PR agencies, Bloggers etc. These commissioned articles are commercial in nature. This is not to be considered as financial advice and should be considered only for information purposes. It does not reflect the views or opinion of our website and is not to be considered an endorsement or a recommendation. We cannot guarantee the accuracy or applicability of any information provided with respect to your individual or personal circumstances. Please seek Professional advice from a qualified professional before making any financial decisions. We link to various third-party websites, affiliate sales networks, and to our advertising partners websites. When you view or click on certain links available on our articles, our partners may compensate us for displaying the content to you or make a purchase or fill a form. This will not incur any additional charges to you. To make things simpler for you to identity or distinguish advertised or sponsored articles or links, you may consider all articles or links hosted on our site as a commercial article placement. We will not be responsible for any loss you may suffer as a result of any omission or inaccuracy on the website.
News 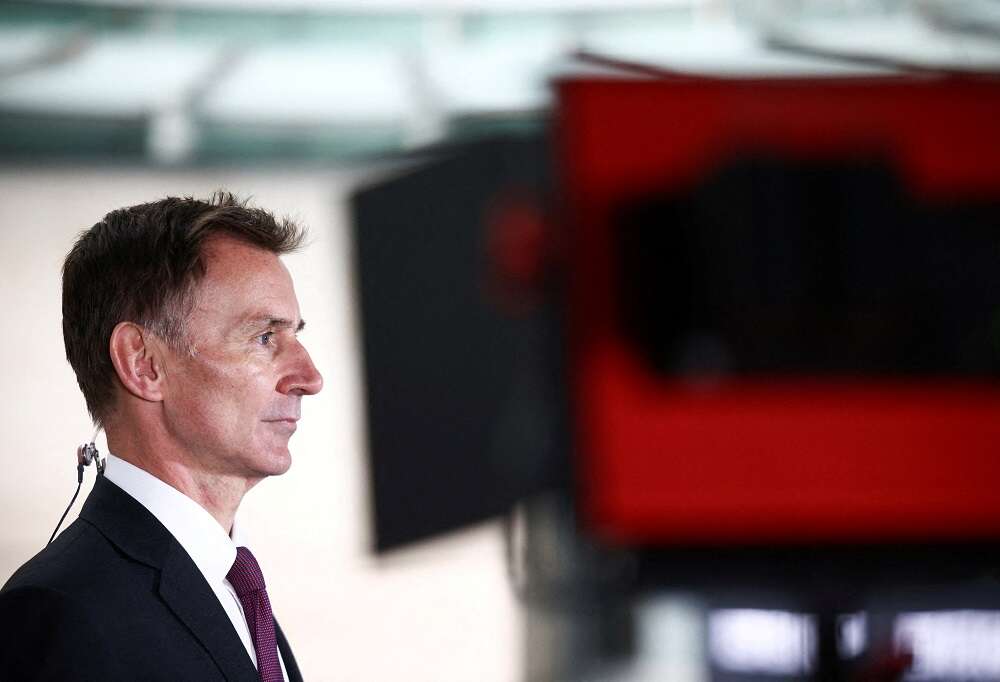 By Huw Jones and Iain Withers

LONDON (Reuters) -Britain has called on banks to support households finding it difficult to make payments on mortgages during the cost of living crisis.

Finance minister Jeremy Hunt told banking bosses at a meeting on Wednesday he expected them to help borrowers, while the Financial Conduct Authority laid out options the regulator said lenders should adopt to ease the strain.

“We expect every lender to live up to their responsibilities and support any mortgage borrowers who are finding it tough right now,” Hunt said in a statement after the meeting.

The lenders agreed to offer support such as switching to cheaper fixed rates without a new affordability test, extending a loan or lowering monthly payments, the finance ministry said.

The FCA, in draft guidance on Wednesday, also laid out similar options it said banks should offer customers.

However, the proposals stopped short of the forbearance package offered to borrowers in COVID-19 pandemic lockdowns, which included widespread payment holidays.

Britain is facing an economic crunch that official budget forecasters predict could mean households face a record hit to living standards over the next two years.

Political turmoil in Britain under the short-lived premiership of Liz Truss also forced up the cost of borrowing and led lenders to hike mortgage rates, although some have edged down since markets calmed under Prime Minister Rishi Sunak.

After years of rising house prices, signs of strain are starting to appear in the housing market. Prices slid last month by the most since the global financial crisis, mortgage lender Halifax said on Wednesday.

In its draft guidance, the FCA also said firms may offer payment concessions, adding that lenders did not have to reassess affordability when changing a mortgage contract to reflect forbearance.

The FCA announced a short public consultation on the guidance until Dec. 21.

“Firms may offer a range of contract variations to support borrowers who would like to reduce their monthly payments, and our rules allow this regardless of whether customers are facing payment difficulties,” the FCA said.

“We will consider if there are further steps we can take to help firms to support their borrowers, including at scale.”

‘We’re going to be free’: Chinese cheer as COVID curbs are loosened