Home News Cash crunch for British funds puts regulators under pensions lens
Our website publishes news, press releases, opinion and advertorials on various financial organizations, products and services which are commissioned from various Companies, Organizations, PR agencies, Bloggers etc. These commissioned articles are commercial in nature. This is not to be considered as financial advice and should be considered only for information purposes. It does not reflect the views or opinion of our website and is not to be considered an endorsement or a recommendation. We cannot guarantee the accuracy or applicability of any information provided with respect to your individual or personal circumstances. Please seek Professional advice from a qualified professional before making any financial decisions. We link to various third-party websites, affiliate sales networks, and to our advertising partners websites. When you view or click on certain links available on our articles, our partners may compensate us for displaying the content to you or make a purchase or fill a form. This will not incur any additional charges to you. To make things simpler for you to identity or distinguish advertised or sponsored articles or links, you may consider all articles or links hosted on our site as a commercial article placement. We will not be responsible for any loss you may suffer as a result of any omission or inaccuracy on the website.
News 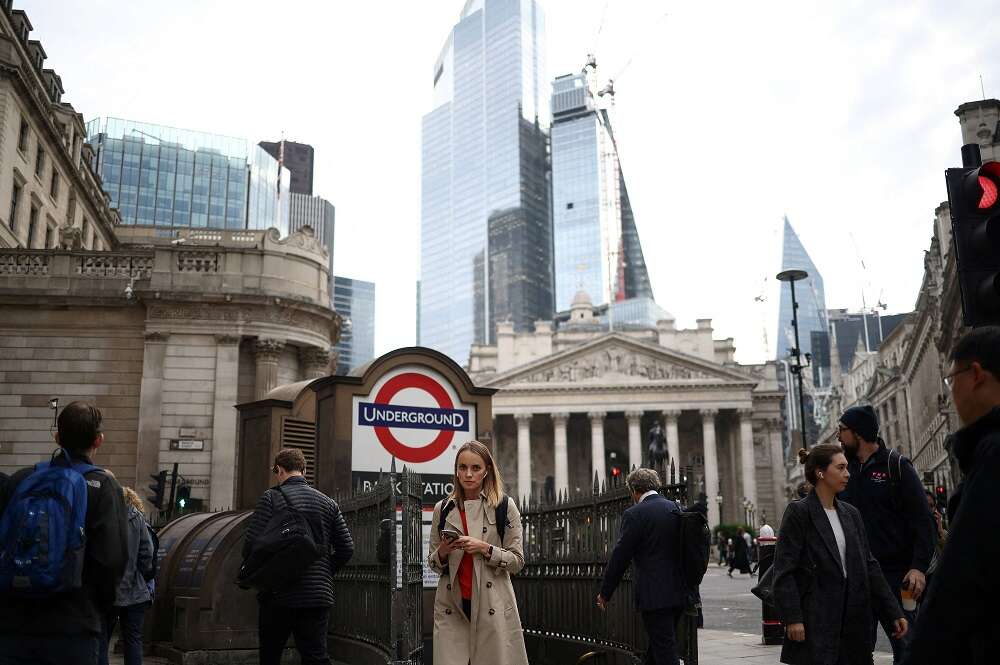 LONDON (Reuters) – A scramble for cash by Britain’s pension funds after last week’s bond market crash has raised questions about oversight of a 1.6 trillion pound ($1.8 trillion) business that has grown rapidly in recent years.

Pension funds had to post emergency collateral in liability-driven investments (LDI), which deploy a mix of both leveraged and unleveraged derivatives to safeguard against shortfalls in pension pots, after British government bond yields rocketed.

To halt freefalling prices, the Bank of England was forced to pledge to buy as much as 65 billion pounds ($73.63 billion) of long-dated government bonds, known as gilts.

Many pension funds struggled to find the extra cash at short notice. Some had to sell gilts in a firesale that put further upward pressure on yields and threatened a wider meltdown.

“Pension regulation is not the direct remit of Bank of England but stability of the financial system is,” said Ian Tonks, professor of finance at the University of Bristol Business School.

After the global financial crisis of more than a decade ago, regulators tightened rules on banks. But pension funds, insurers and asset managers remain more loosely regulated, prompting warnings of even greater threats to financial stability.

LDI is a regulatory “grey area”, one pensions industry source said. The Pensions Regulator (TPR) has day-to-day oversight of pension schemes to ensure they were well hedged, but it is not a financial regulator, meaning it is less focused on the risk behind the schemes’ use of financial instruments.

Pension trustees decide on whether to use LDI, often based on advice from consultants which are not required to be regulated, and TPR guided in 2019 that it was common practice to use LDI to improve the matching of assets and liabilities.

LDI funds used by British pension schemes are largely listed in Luxembourg and Dublin, but their managers are based in Britain and regulated by the Financial Conduct Authority, while the BoE regulates banks, some of which act as counterparties.

LDI was born out of a need to plug shortfalls in defined benefit pension schemes, especially as central banks slashed interest rates after the global financial crisis.

Its popularity has boomed in recent years, helping many pension funds to not only meet those long-dated obligations but also generate a surplus.

But leverage in many LDI products was still rising in 2022 as central banks started hiking rates. That turned positions once largely designed to be defensive and protect from falling interest rates into riskier ones much more exposed to movements in rates and inflation as bond prices fell and yields rose.

Insight Investment, one of the largest LDI providers, said in a May 5 note that clients should top up collateral pools sooner to reduce risks of being “a forced seller of assets at potentially inopportune times”.

It estimated then that a scheme with 3 times leverage at the start of 2022 would have seen it rise to 4.5 times as bond prices fell.

“Given recent market events we are working with some UK pension fund clients to reduce leverage in their LDI strategies,” a spokesperson from Insight said.

“This aims to ensure that their liability hedges remain resilient.”TPR and the FCA have been talking with LDI funds since the Spring on their ability to cope with higher collateral demands as central banks began raising interest rates, people familiar with the situation and a source close to the regulators said.

But last week, yields on gilts rose 160 basis points in just days, above a maximum 100 basis points swing in a 2018 assessment of the sector’s capacity to cover margin calls on interest rate derivatives, the Bank of England said.

Industry officials say some LDI funds required collateral for up to 150 basis point moves, but last week’s moves blew past that too.

“The scale and speed of the recent repricing far exceeds historical moves,” the BoE said.

The FCA and TPR declined to comment on whether there was more they could have done. Luxembourg regulators had no immediate comment.

The Central Bank of Ireland said it was “aware of developments in the UK Gilt markets and has been monitoring the potential impact on Irish and international markets”.

Pension schemes are building pools of cash in case they receive fresh margin calls from LDI managers when the Bank of England intervention ends on Oct. 14.

The Bank has been working with the FCA and TPR in recent years on enhanced monitoring of the risks in LDI funds, deputy governor Jon Cunliffe said on Thursday, adding that lessons need to be learned, and the appropriate level of resilience ensured.

LDI funds are not required to hold capital buffers, but must show the FCA they have systems in place to manage risks. 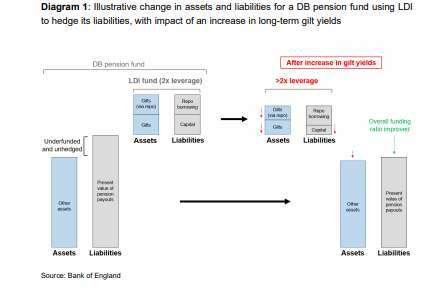 David Blake, a finance professor at the University of London, said TPR may have to set leverage limits.

But imposing more restrictions will have to be weighed up against how often such events are likely to happen and radically changing a mechanism that has largely served the sector well.

Meanwhile, pension funds are likely to be more cautious and LDI providers are cutting the allowed leverage.

“There is a significant aversion to illiquidity because obviously of the problems that we have just witnessed in raising money for collateral calls in these conditions of extreme market moves,” David Lloyd, head of institutional fund management at M&G, said.