Home News Cycling-Britain’s Bigham sets men’s Hour record
Our website publishes news, press releases, opinion and advertorials on various financial organizations, products and services which are commissioned from various Companies, Organizations, PR agencies, Bloggers etc. These commissioned articles are commercial in nature. This is not to be considered as financial advice and should be considered only for information purposes. It does not reflect the views or opinion of our website and is not to be considered an endorsement or a recommendation. We cannot guarantee the accuracy or applicability of any information provided with respect to your individual or personal circumstances. Please seek Professional advice from a qualified professional before making any financial decisions. We link to various third-party websites, affiliate sales networks, and to our advertising partners websites. When you view or click on certain links available on our articles, our partners may compensate us for displaying the content to you or make a purchase or fill a form. This will not incur any additional charges to you. To make things simpler for you to identity or distinguish advertised or sponsored articles or links, you may consider all articles or links hosted on our site as a commercial article placement. We will not be responsible for any loss you may suffer as a result of any omission or inaccuracy on the website.
News 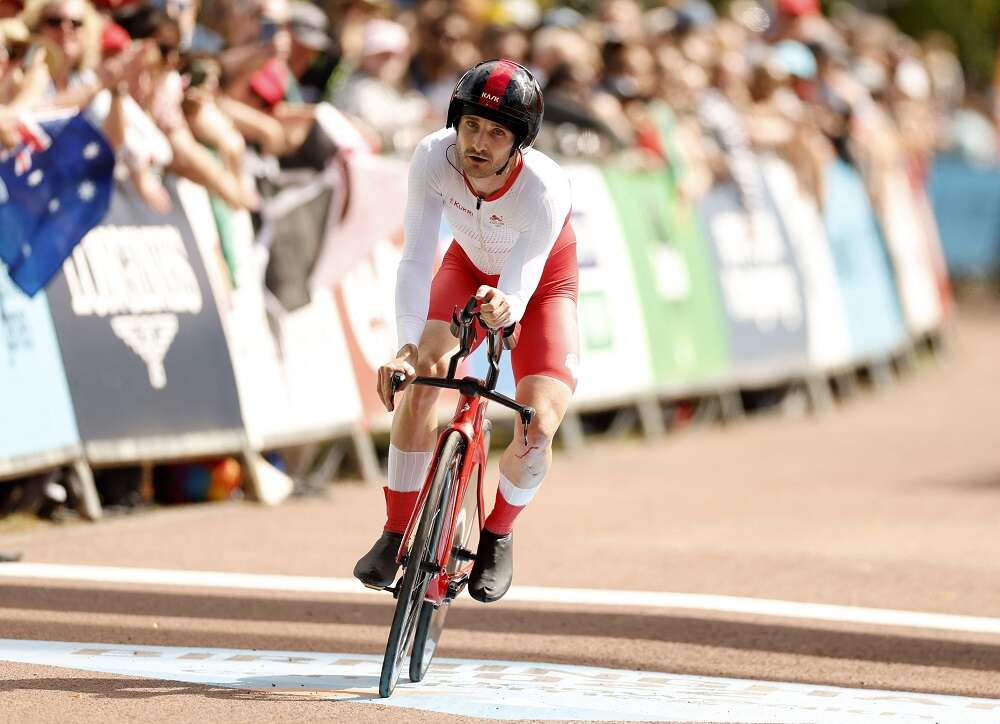 (Reuters) -Britain’s Dan Bigham smashed the Hour record when he completed a distance of 55.548 kilometres around the Tissot Velodrome in Grenchen, Switzerland on Friday.

Bigham, an aerodynamics specialist and race engineer for British cycling team Ineos Grenadiers, paced himself to perfection on his prototype Pinarello track bike, going almost half a kilometre further than Belgium’s Victor Campenaerts in 2019 — a huge margin.

Five riders had tried and failed to beat the record since then, most recently Alex Dowsett in November 2021.

Bigham collapsed to the track after his record-breaking ride before being congratulated by his family who were watching inside the empty velodrome.

“I was trying to ride 16-second laps for the second half and that’s a bit daunting as I’ve not done 16.0s for half an hour before,” Bigham said after recovering his breath.

“It’s a bit mind-blowing. The support I’ve had around me (from Ineos) was second to none and that made it a whole lot easier. Everything you would expect from the team.

“I knew I was on pace but you still have to complete the distance. I knew if I could get to 20 minutes to go and then push on a little bit.”

Former national champion Bigham, a team pursuit silver medallist for England at the Commonwealth Games, has forged a reputation as one of the best in the business in cycling aerodynamics having graduated in Motorsport Engineering from Oxford Brooks University.

He rode and worked for British Cycling before being recruited by the Danish cycling federation and helping their track team pursuiters smash world records.

His fiance Joss Lowden broke the women’s Hour record last year, although that is now owned by Ellen van Dijk.

Bigham said he had “played it safe” in the final minutes to avoid any mishaps.

“I just focussed on line, breathing and head position,” he said. “It was really enjoyable as I knew I had a safety net.

“I wanted to get 55.5km so to put another 48 metres on that I’m pretty pleased with that.”

Bigham’s new record might soon come under attack, however, with Ineos’s world time trial champion Filippo Ganna confirming he will mount an assault on the Hour.