Home Companies Data reveals companies with female CEOs are more profitable
Our website publishes news, press releases, opinion and advertorials on various financial organizations, products and services which are commissioned from various Companies, Organizations, PR agencies, Bloggers etc. These commissioned articles are commercial in nature. This is not to be considered as financial advice and should be considered only for information purposes. It does not reflect the views or opinion of our website and is not to be considered an endorsement or a recommendation. We cannot guarantee the accuracy or applicability of any information provided with respect to your individual or personal circumstances. Please seek Professional advice from a qualified professional before making any financial decisions. We link to various third-party websites, affiliate sales networks, and to our advertising partners websites. When you view or click on certain links available on our articles, our partners may compensate us for displaying the content to you or make a purchase or fill a form. This will not incur any additional charges to you. To make things simpler for you to identity or distinguish advertised or sponsored articles or links, you may consider all articles or links hosted on our site as a commercial article placement. We will not be responsible for any loss you may suffer as a result of any omission or inaccuracy on the website.
Companies 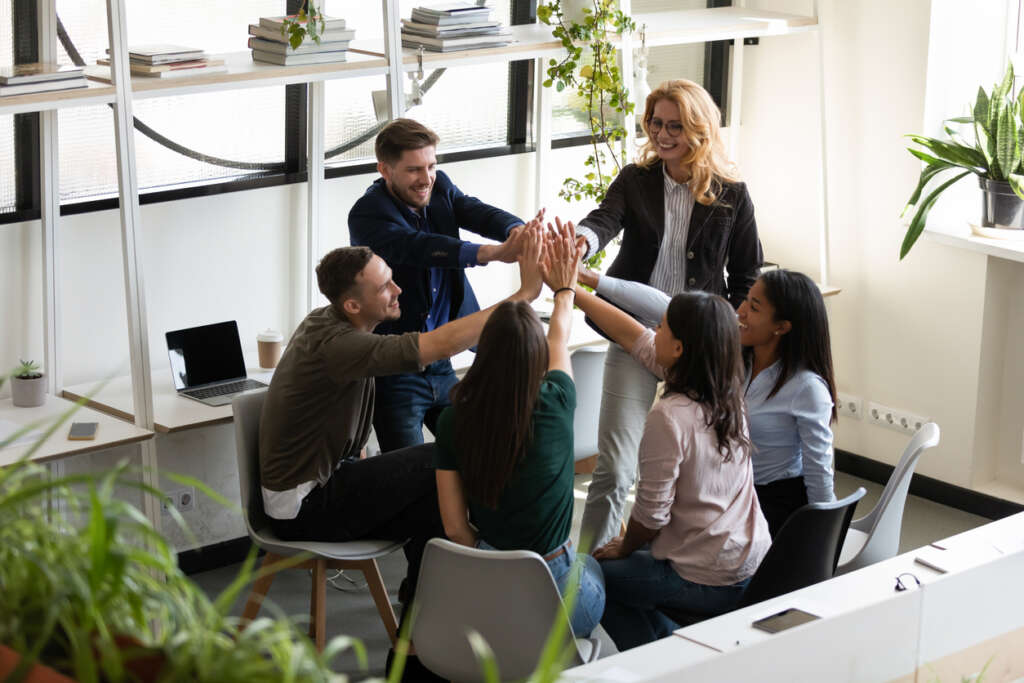 In comparison, for those without a female CEO, this same statistic dropped down to 78%. If there was ever a sign for women to believe in themselves as leaders, this is it.

The corporate world has made considerable strides in the right direction in its journey towards equality and diversity. Undoubtedly, women’s rights campaigns are largely to thank for this progress. However, although their success is evident, there is still a long road ahead.

Despite what the data suggests, when adding the ‘female CEO’ filter to the Fortune 500 list, the results drastically reduced. Only 39 out of all 500 featured fell into this category.

As a gender diverse C-suite is still a far cry from the norm, this suggests there is still much work to be done.

Before this becomes a reality, many companies require a culture shift. In spite of this being a significant change, it can be achieved easier than you think. Zoë Morris, President of Frank Recruitment Group, has explained three simple yet effective steps you can take as a leader to help bring this about.

Increase the visibility of women

“It may seem like an obvious statement, but to build an inclusive team you have to actually build an inclusive team. When a woman is looking at your leadership team, is she seeing any other women? If not, this could be the thing that stops a female employee from moving up into a senior position, with your business missing out on the value she has to offer as a result.

“It may be that women do already have leadership roles within your company, and the issue is down to their visibility. Giving employees credit for their work is crucial, as any manager will know, however, making their achievements known within the company can sometimes get overlooked. Try letting their department know when they’ve excelled in their role – whether this is via a group email or a special mention in a meeting.”

“Think about what opportunities you are offering to your female employees. Are you giving them a chance for career progression? Is the opportunity one that they will be interested in, or actually able to take?

“These are such simple questions, but actively putting more thought into the answers can make a massive difference. Try mapping out their career journey, making sure to include what your employee’s short-term and long-term goals are, as well as any personal circumstances that could affect these. This way you are seamlessly incorporating a focus on these questions into your routine. Once you begin doing this, you will start to see natural – and almost effortless – change.”

Promote equality within the workplace

“Just as people will notice if you aren’t promoting equality within your company, they will notice if you are. If the language used within your workplace communicates sexist stereotypes, regardless of whether this is unintentional, it could discourage female employees from believing they have a fair shot at a C-suite level position. Likewise, if the language conveys the opposite, they will be encouraged that gender doesn’t play a factor in the hiring processes. This doesn’t just apply to speech used within general office conversations either. Consider what messages both the textual and visual communications you send out are giving. Even ask other staff members their thoughts on the content. This way you are receiving direct feedback and will know if you are going wrong somewhere.”

The data was collected from the 2021 Fortune 500, with the primary data coming from the profit column. The data was then separated using the Female CEO filter. After splitting the data by Female/Male CEOs all the profits were collected and sorted from the lowest losses to the highest profit using a sort by smallest to largest. Both companies which reported losses and profits were counted. Once fully calculated, the number of companies reporting profit/loss was divided by the number of both companies with Male/Female CEOs and then multiplied by 100 to work out the percentage.

UK regulator’s head of enforcement to step down in 2023

Micro-credentials are set to revolutionise higher education and...

Shoppers flip behavior from 2021 as they buy...

How to Build a Strong Brand Identity for...

VICTORIAMETRICS AND CMS TEAM UP TO MONITOR THE...

True multi-cloud: Is the ideal coming closer to...