Home News Dollar near one-week high as traders prepare for Powell, payrolls tests
Our website publishes news, press releases, opinion and advertorials on various financial organizations, products and services which are commissioned from various Companies, Organizations, PR agencies, Bloggers etc. These commissioned articles are commercial in nature. This is not to be considered as financial advice and should be considered only for information purposes. It does not reflect the views or opinion of our website and is not to be considered an endorsement or a recommendation. We cannot guarantee the accuracy or applicability of any information provided with respect to your individual or personal circumstances. Please seek Professional advice from a qualified professional before making any financial decisions. We link to various third-party websites, affiliate sales networks, and to our advertising partners websites. When you view or click on certain links available on our articles, our partners may compensate us for displaying the content to you or make a purchase or fill a form. This will not incur any additional charges to you. To make things simpler for you to identity or distinguish advertised or sponsored articles or links, you may consider all articles or links hosted on our site as a commercial article placement. We will not be responsible for any loss you may suffer as a result of any omission or inaccuracy on the website.
News 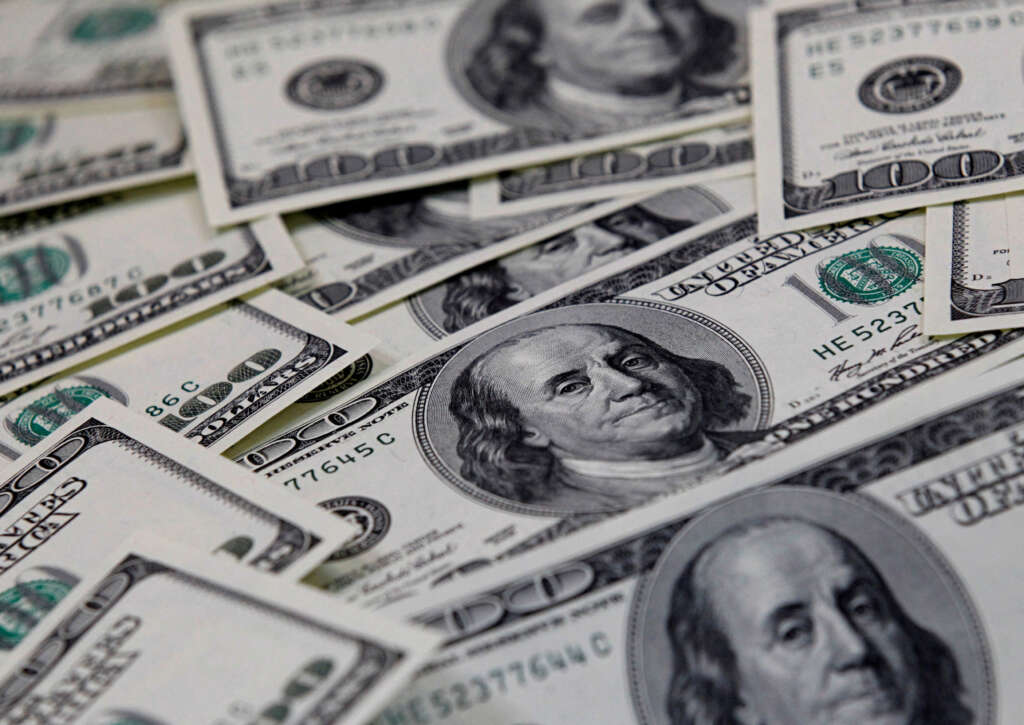 TOKYO (Reuters) – The U.S. dollar stuck close to a one-week high on Wednesday, holding on to gains from a three-day rally, as investors braced for comments from Federal Reserve Chair Jerome Powell later and a crucial monthly jobs report at the end of the week.

The euro hovered near a one-week low after German and Spanish consumer price figures came in weaker than expected, triggering a lowering of rate hike bets for the European Central Bank and pointing a spotlight at euro zone inflation due later Wednesday.

China’s offshore yuan traded near a one-week high as traders returned to wagering on a reopening from strangling COVID-19 curbs.

The Aussie dollar, which often functions as a proxy trade on China’s economic outlook, was steady after shaking off downward pressure from lower than forecast local inflation data and worse-than-expected Chinese manufacturer surveys.

The U.S. dollar index, which measures the greenback against the euro and five other rivals, eased 0.13% to 106.72 after reaching 106.9 in early Asian trading for the first time since Nov. 23.

The index has dipped to around 105.3 twice since the middle of the month, amid bets the Fed would pivot from aggressive rate hikes after inflation showed signs it may be close to a peak.

Closely watched non-farm payrolls figures due Friday are due to show 200,000 new jobs added in November, economists project, down from 261,000 in the previous month.

However, recent Fed speakers have all pushed back on expectations of a pivot, with New York Fed President John Williams on Monday saying the central bank needs to press forward with rate rises and St. Louis Fed President James Bullard saying there is still “a ways to go” for policy tightening.

“We expect Powell to talk up the need for tighter financial conditions (which) may cause market participants to reassess the global economic outlook and further push the USD up,” Carol Kong, a strategist at Commonwealth Bank of Australia, wrote in a client note ahead of Powell’s address later on Wednesday.

The Aussie rose 0.11% to $0.66945, consolidating in the middle of its range of the past couple of weeks. Optimism about a China reopening was balanced against an easing in Australian inflation, reducing the pressure for Reserve Bank rate hikes, and weak Chinese purchasing manager surveys.

The yuan weakened slightly to 7.1418 per greenback.

Chinese health officials said on Tuesday they will speed up COVID-19 vaccinations for the elderly, aiming to overcome a key stumbling block in efforts to ease unpopular “zero-COVID” curbs, which had sparked vigorous protests in recent days.

“The relatively low vaccination rate among the elderly is a major hurdle to China opening up its economy,” and plans to ramp that up “are an implicit acknowledgement by the government of the public discontent with the tight COVID controls,” said CBA’s Kong.

“China’s zero COVID policy is undoubtedly the biggest source of uncertainty for its economic outlook.”