Home News Dollar touches 20-year high, but kept in check by euro, as rates in focus
Our website publishes news, press releases, opinion and advertorials on various financial organizations, products and services which are commissioned from various Companies, Organizations, PR agencies, Bloggers etc. These commissioned articles are commercial in nature. This is not to be considered as financial advice and should be considered only for information purposes. It does not reflect the views or opinion of our website and is not to be considered an endorsement or a recommendation. We cannot guarantee the accuracy or applicability of any information provided with respect to your individual or personal circumstances. Please seek Professional advice from a qualified professional before making any financial decisions. We link to various third-party websites, affiliate sales networks, and to our advertising partners websites. When you view or click on certain links available on our articles, our partners may compensate us for displaying the content to you or make a purchase or fill a form. This will not incur any additional charges to you. To make things simpler for you to identity or distinguish advertised or sponsored articles or links, you may consider all articles or links hosted on our site as a commercial article placement. We will not be responsible for any loss you may suffer as a result of any omission or inaccuracy on the website.
News

Dollar touches 20-year high, but kept in check by euro, as rates in focus 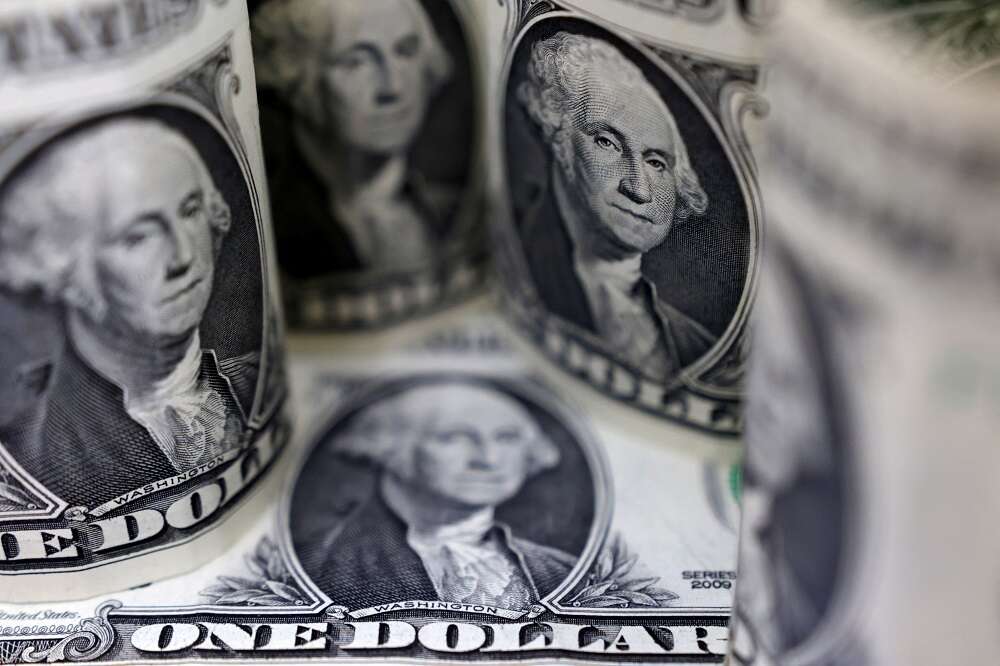 By John McCrank and Dhara Ranasinghe

NEW YORK (Reuters) -The dollar touched a fresh 20-year high on Monday, fuelled by hawkish comments by Federal Reserve Chair Jerome Powell, but was kept in check by the euro, which was supported by growing expectations for European Central Bank (ECB) rate hikes.

The dollar index, which measures the currency’s value against a basket of peers, scaled a fresh two-decade peak of 109.48 before retreating.

The greenback was up 0.73% against Japan’s yen, while Britain’s pound notched a fresh 2-1/2 year low in thin trading, with the UK on a public holiday.

Powell told the Jackson Hole central banking conference in Wyoming on Friday that the Fed would raise rates as high as needed to restrict growth, and would keep them there “for some time” to bring down inflation that is running at more than three times the Fed’s 2% goal.

“Powell’s comments endorsed the pricing of a higher Fed funds rate for a longer period,” said Kenneth Broux, a currency strategist at Societe Generale. “The assumption that the Fed would start cutting rates in mid-2023 is premature.”

Money markets ramped up bets for a more aggressive Fed rate hike in September, with the chances of a 75 basis point hike now seen around 70%. U.S. Treasury yields shot up, with two-year bond yields hitting a 15-year high at around 3.49%.

The euro clawed its way higher, helped by “ECB comments and rumors including contemplation of a 75bps hike at the September 8th ECB meeting,” said Derek Holt, head of capital markets economics at Scotiabank.

ECB board member Isabel Schnabel warned on Saturday that central banks risk losing public trust and must act forcefully to curb inflation, even if that drags their economies into a recession.

“Central banks have no interest in being anything but hawkish right now, given inflation, so they will hike rates aggressively,” said Nordea chief analyst Jan von Gerich.

A comment by German Economy Minister Robert Habeck that he expects gas prices to fall soon, with Germany making progress on its storage targets, may also have supported the euro.

In cryptocurrencies, bitcoin recovered some ground to trade back above the $20,000 level.