Our website publishes news, press releases, opinion and advertorials on various financial organizations, products and services which are commissioned from various Companies, Organizations, PR agencies, Bloggers etc. These commissioned articles are commercial in nature. This is not to be considered as financial advice and should be considered only for information purposes. It does not reflect the views or opinion of our website and is not to be considered an endorsement or a recommendation. We cannot guarantee the accuracy or applicability of any information provided with respect to your individual or personal circumstances. Please seek Professional advice from a qualified professional before making any financial decisions. We link to various third-party websites, affiliate sales networks, and to our advertising partners websites. When you view or click on certain links available on our articles, our partners may compensate us for displaying the content to you or make a purchase or fill a form. This will not incur any additional charges to you. To make things simpler for you to identity or distinguish advertised or sponsored articles or links, you may consider all articles or links hosted on our site as a commercial article placement. We will not be responsible for any loss you may suffer as a result of any omission or inaccuracy on the website.
Home News Euro zone yields steady as German inflation hits nearly 50-yr high 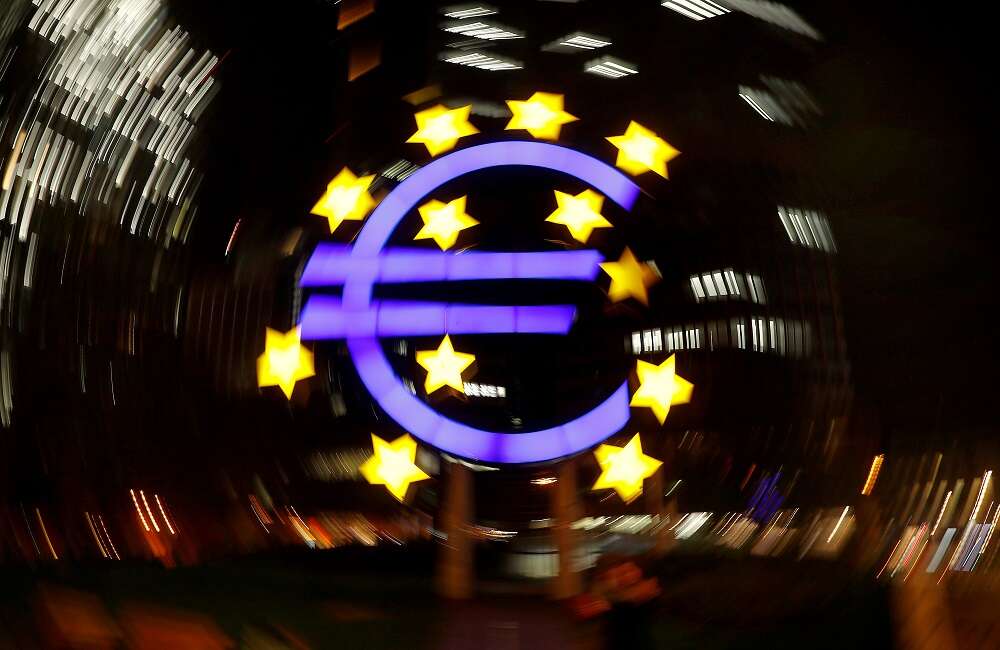 LONDON (Reuters) – Euro zone government bond yields steadied on Tuesday just below the multi-week highs hit on Monday as energy prices cooled down and a jump in expectations for an interest rate hike eased.

Trading was choppy however with yields clawing back an initial drop after data showed German inflation rose to its highest level in almost 50 years in August, keeping pressure on the European Central Bank to raise rates further when it meets on Thursday next week.

“It is very clear that hardly any current central banker has seen inflation rates as high as they are now in his or her professional life,” said ING economist Carsten Brzeski.

“This is why for the ECB, today’s increase in German headline inflation will further heat up the internal debate on what to do next,” he added.

Dutch central bank chief Klaas Knot said on Tuesday that frontloading in rate hikes should not be ruled out, although ECB chief economist Philip Lane said the bank should raise rates on step-by-step basis.

Bond yields had climbed 12 to 20 basis points on Monday when money markets ramped up their bets to a two-thirds chance of the ECB delivering a huge 75 basis point hike next month, after a round of policymaker warnings about inflation.

That move higher in rate expectations faded on Tuesday, with the chances of a 75 bps hike priced in falling to as low as 52%, but recovered to 56% after the German inflation data. That compares to the 24% chance priced in last week.

The rise in rate expectations on Monday followed ECB board member Isabel Schnabel warning of rising risks that long-term inflation expectations could “de-anchor” from the bank’s 2% target. She said surveys suggested that inflation was denting public trust in central banks.

“It’s going to be a close call and will depend in large part on the August CPI data out this week,” said BBH strategist Win Thin, adding that large-scale ECB rate hikes could be quite disruptive for the region’s struggling economy.

Euro zone flash inflation numbers for August are due on Wednesday and economists expect another record-breaking rise of 9% compared to 8.9% in July.

Weighing on yields was a drop in natural gas prices after they rocketed to record highs last week.

(Reporting by Tommy Reggiori Wilkes in London and Danilo Masoni in Milan, Editing by Gareth Jones and Ed Osmond)

Oil slides more than $3 on inflation and Iraq exports