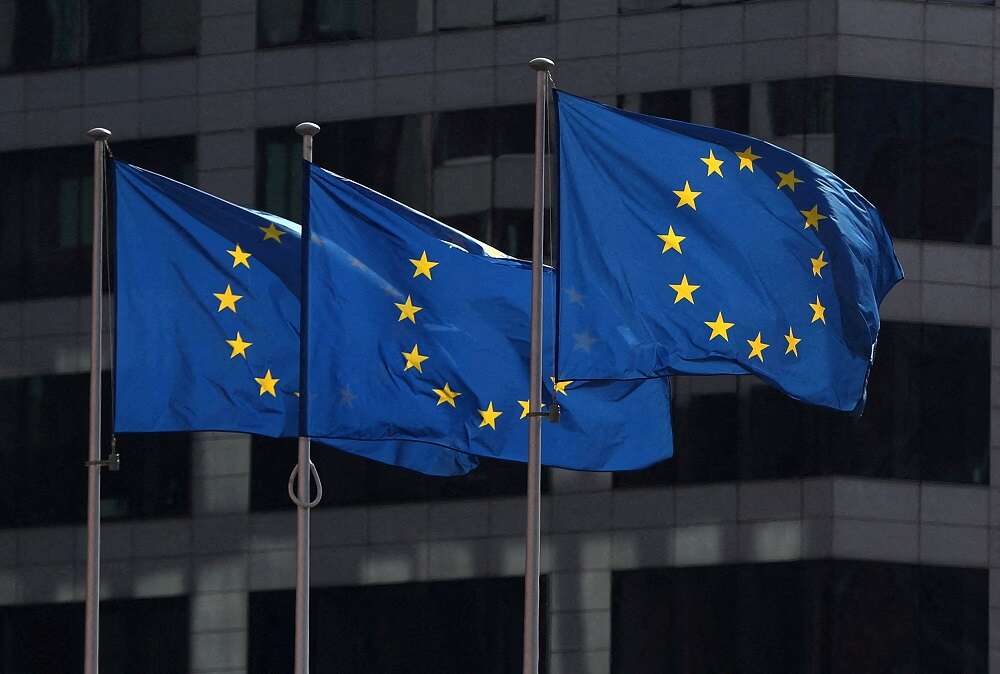 By Kate Abnett and Francesco Guarascio

BRUSSELS (Reuters) – The European Commission on Thursday warned buyers of Russian gas they could breach sanctions if they converted gas payments into roubles, as officials struggled to clarify the EU’s stance on Moscow’s payments scheme, which has sowed confusion in the bloc.

Russian gas giant Gazprom cut supplies to Poland and Bulgaria on Wednesday after they refused to pay for gas in roubles, marking Moscow’s toughest response yet to sanctions imposed by the West over the conflict in Ukraine.

The escalation follows a decree issued by Russian President Vladimir Putin last month requiring that countries Moscow deems “unfriendly” must pay for gas in roubles under a new payment scheme.

Under the mechanism, buyers are obliged to deposit euros or dollars into an account at Gazprombank, which has then to convert them into roubles, place the proceeds in another account owned by the foreign buyer and transfer the payment in Russian currency to Gazprom.

European Union energy ministers will meet on Monday to discuss the situation, which has left member states divided over whether sanctions would be broken if they used Russia’s mechanism.

Speaking at a briefing on Thursday a senior EU official said that if EU buyers declare their payments for gas are completed once the payment has been made in euros and before it is converted into roubles, sanctions would have been respected.

The difficulty for European buyers is that the decree requires buyers to also open a rouble account at Gazprombank into which their euro or dollar payments would be deposited after conversion into the Russian currency.

Russia’s decree would only consider the payment to be complete after the gas-to-roubles converson is done – a transaction that would involve Russia’s central bank, which is subject to EU sanctions.

“What we cannot accept is that companies are obliged to open a second account and that between the first and second account, the amount in euros is in the full hands of the Russian authorities and the Russian Central Bank, and that the payment is only complete when it is converted into roubles,” the senior EU official said.

“This is absolutely clear circumvention of the sanctions.”

Opening a roubles account at Gazprombank in itself may breach the EU sanctions, the official added, without providing a conclusive assessment of that.

Thursday’s clarifications followed a demand on Wednesday from EU country ambassadors for clearer advice on the issue.

Poland and Bulgaria said in the meeting the Commission’s guidance was confusing, while countries including Denmark, Finland, Greece, Slovakia and Spain said more clarity was needed, EU officials told Reuters.

Officials also said countries disagreed on whether sending euros to Gazprombank that would then be converted into roubles by a Russian bank would amount to a breach of sanctions, as the Commission has said.

The Kremlin has said payments for deliveries that took place after Putin’s decree last month were expected in May and a source who requested anonymity named May 20 as “validation” date for payments.

Some EU gas traders have reportedly opened roubles accounts, but Commission officials said they had not been notified of any gas buyers doing this.

Gazprom and Gazprombank did not respond to requests for comment.

Hungary has said it plans to pay for Russian gas in euros through Gazprombank, which will convert the payment into roubles to meet the new requirement. Greece also said it plans to pay Gazprom next month in a way that will not breach EU sanctions against Russia, the country’s energy minister said.

Finland said EU-level guidelines are needed so countries do not arrive at different interpretations of the payment mechanism.

Finnish utility Fortum, in which the state of Finland holds a 50.76% stake, said earlier on Thursday its German subsidiary Uniper would continue to pay in euros for gas from Russia’s Gazprom via the new payment mechanism.

But Finland’s minister in charge of European affairs said Uniper should adhere to the German government’s energy policies.

Germany, which is heavily reliant on Russian pipeline gas, has warned that it could go into recession if it were cut off from all Russian energy.

Three sources said on Thursday that Italian energy group Eni has yet to make a decision regarding the payment scheme Russia has introduced and is still waiting for clarity on whether it amounts to a breach of sanctions.