Home Investment European shares edge higher on healthcare lift, weak China data stokes worries
Our website publishes news, press releases, opinion and advertorials on various financial organizations, products and services which are commissioned from various Companies, Organizations, PR agencies, Bloggers etc. These commissioned articles are commercial in nature. This is not to be considered as financial advice and should be considered only for information purposes. It does not reflect the views or opinion of our website and is not to be considered an endorsement or a recommendation. We cannot guarantee the accuracy or applicability of any information provided with respect to your individual or personal circumstances. Please seek Professional advice from a qualified professional before making any financial decisions. We link to various third-party websites, affiliate sales networks, and to our advertising partners websites. When you view or click on certain links available on our articles, our partners may compensate us for displaying the content to you or make a purchase or fill a form. This will not incur any additional charges to you. To make things simpler for you to identity or distinguish advertised or sponsored articles or links, you may consider all articles or links hosted on our site as a commercial article placement. We will not be responsible for any loss you may suffer as a result of any omission or inaccuracy on the website.
Investment 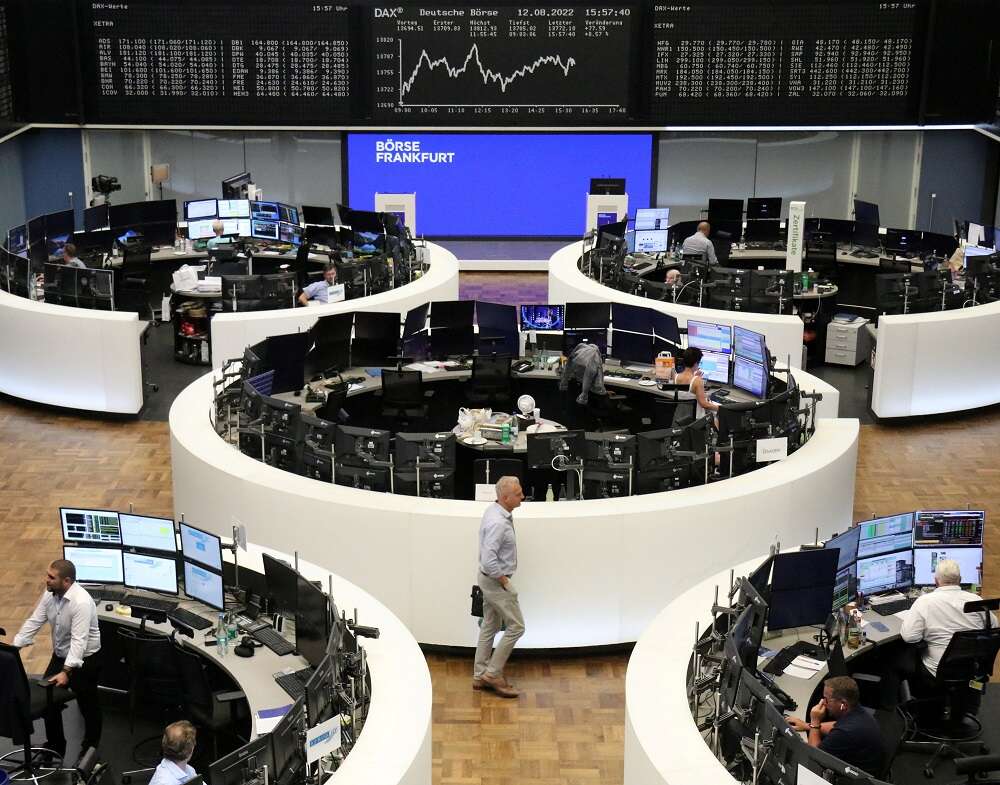 (Reuters) -European shares hovered near two-month highs on Monday, as signs of a slowing Chinese economy prompted investors to turn to defensive sectors such as healthcare and consumer staples typically seen as immune to business cycles.

The pan-European STOXX 600 rose 0.4% in morning trade. The benchmark index was trading close to levels needed to recoup all of its June losses when fears about aggressive U.S. interest rate hikes and recession dominated the sentiment.

Healthcare stocks provided the biggest boost to European stocks on Monday. AstraZeneca rose 2.4% after the drugmaker said its cancer drug, Enhertu, developed with Japan’s Daiichi Sankyo delayed the progression of a form of advanced breast cancer in previously treated patients.

Food and beverage and utilities rose about 0.7% each to lead morning gains.

Those gains helped counter losses in China-exposed automakers and miners after the country’s central bank cut key lending rates in a surprise move to revive demand as data showed the economy unexpectedly slowing in July.

“Initially, it is seen as encouraging the economy, but if you’re cutting rates it can also be seen as admitting your economy needs help,” said David Madden, market analyst at Equiti Capital at London.

“Retail sales, fixed asset investments and also industrial production, they’re all caving in and the expectation is just kind of confirming the idea that their economy is coming off the boil.”

European stock markets have rallied off their June lows, echoing an upbeat sentiment on Wall Street, as signs that U.S. inflation may have peaked encouraged investors to scale back bets of aggressive rate hikes by the Federal Reserve.

Meanwhile, German wholesale prices fell by 0.4% in July compared with the previous month, the first decline since Oct. 2020, the Federal Statistical Office reported, driven in part by cheaper prices of grain, raw tobacco, seeds and feedstuffs.

The STOXX has climbed over 10% since hitting a year low in June, but remains down 9.3% for the year.

Among other stocks, HelloFresh jumped 8% after the German meal-kit maker confirmed its mid-term targets and said it was “cautiously optimistic” about the second half of the year.

Henkel slipped 0.1% as the German consumer goods group said the surging cost of materials hit earnings in the first half of the year.

Prince Harry and Meghan to visit Britain next month