Home News Exclusive-QatarEnergy boss says World Cup tension will not impact German business
Our website publishes news, press releases, opinion and advertorials on various financial organizations, products and services which are commissioned from various Companies, Organizations, PR agencies, Bloggers etc. These commissioned articles are commercial in nature. This is not to be considered as financial advice and should be considered only for information purposes. It does not reflect the views or opinion of our website and is not to be considered an endorsement or a recommendation. We cannot guarantee the accuracy or applicability of any information provided with respect to your individual or personal circumstances. Please seek Professional advice from a qualified professional before making any financial decisions. We link to various third-party websites, affiliate sales networks, and to our advertising partners websites. When you view or click on certain links available on our articles, our partners may compensate us for displaying the content to you or make a purchase or fill a form. This will not incur any additional charges to you. To make things simpler for you to identity or distinguish advertised or sponsored articles or links, you may consider all articles or links hosted on our site as a commercial article placement. We will not be responsible for any loss you may suffer as a result of any omission or inaccuracy on the website.
News 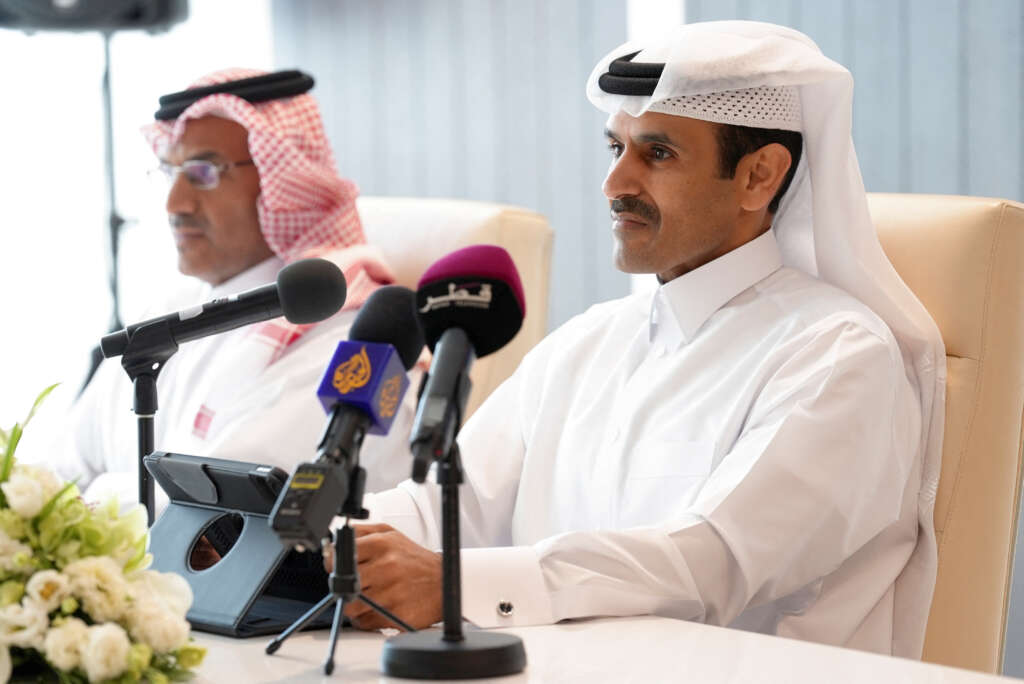 DOHA (Reuters) – QatarEnergy chief Saad al-Kaabi said on Monday that business with German firms would not be impacted by political tensions over criticism of Qatar’s hosting of the World Cup, which has raised the ire of officials in the Gulf Arab gas exporter.

Kaabi told Reuters he was shocked by German Economy Minister Robert Habeck’s widely reported remarks last week, which were confirmed on Monday by his ministry, that awarding Doha the tournament was a “stupid idea and can’t really be explained otherwise than by corruption”.

Doha has faced mounting criticism, mostly from Europe, over its treatment of foreign workers and LGBT rights ahead of the World Cup that began on Sunday. It has denied discrimination and pointed to labour reforms, while organisers previously denied allegations of bribery to win hosting rights.

“The comments that Mr. Habeck again, has come out with, are not helpful for the relationship, but our business will move on,” said Kaabi, who is also minister of state for energy.

Qatar’s foreign minister accused Berlin of “double standards” in a newspaper interview earlier this month. In October his office summoned the German ambassador to object over critical comments by Germany’s interior minister.

The ruling emir of one of the world’s top gas exporters, which Europe has looked to help tackle an energy supply crunch, has also publicly lashed out at mounting international criticism of Qatar, calling it “ferocious slander”.

QatarEnergy and German utility firms have been thrashing out long-term liquefied natural gas (LNG) deals for much of this year as Berlin looks for alternatives to Russia, which is Germany’s biggest gas supplier.

“The companies in Germany have excellent leadership and then we have a great relationship,” Kaabi said, adding it was his job to insulate QatarEnergy from politics and that its talks were with companies and not the government.

“You see commercial deals like the one we signed today with China are 27-year deals. They outlast CEOS like me, they outlast ministers like me and they also outlast governments,” he said, referring to a supply deal with Sinopec announced on Monday.

The QatarEnergy boss said Habeck had never voiced such criticism of Qatar to him directly.

The German minister, who is responsible for Berlin’s energy portfolio, was in Doha in March and had said that long-term energy partnerships were being negotiated.

Sources had told Reuters that talks between Germany and Qatar had been fraught with differences over key conditions such as contract length and pricing.

Kaabi, in the interview with Reuters, dismissed such talk and said he would announce the details of each deal once signed.

“Whether it’s in Germany or Europe or wherever we sign, we’re going to sign deals. We are working very closely on deals in Europe and Asia and so on. And this rhetoric about people talking about things is just rhetoric,” he said.