Home News Explainer-Caps and corridors: how can Europe contain gas prices?
Our website publishes news, press releases, opinion and advertorials on various financial organizations, products and services which are commissioned from various Companies, Organizations, PR agencies, Bloggers etc. These commissioned articles are commercial in nature. This is not to be considered as financial advice and should be considered only for information purposes. It does not reflect the views or opinion of our website and is not to be considered an endorsement or a recommendation. We cannot guarantee the accuracy or applicability of any information provided with respect to your individual or personal circumstances. Please seek Professional advice from a qualified professional before making any financial decisions. We link to various third-party websites, affiliate sales networks, and to our advertising partners websites. When you view or click on certain links available on our articles, our partners may compensate us for displaying the content to you or make a purchase or fill a form. This will not incur any additional charges to you. To make things simpler for you to identity or distinguish advertised or sponsored articles or links, you may consider all articles or links hosted on our site as a commercial article placement. We will not be responsible for any loss you may suffer as a result of any omission or inaccuracy on the website.
News

Explainer-Caps and corridors: how can Europe contain gas prices? 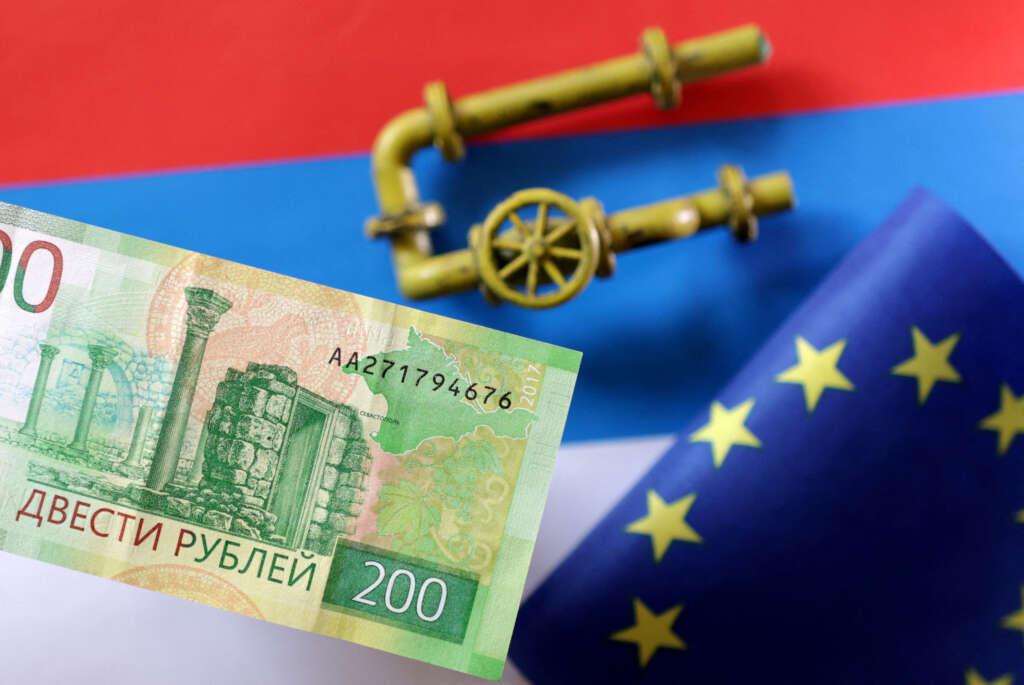 BRUSSELS (Reuters) – Leaders of European Union countries will debate whether and how to cap gas prices on Friday, after member states increased the pressure on Brussels to limit fuel costs.

Other countries are opposed – among them Germany, Europe’s biggest gas buyer, and the Netherlands – which say capping prices could undermine energy security this winter.

The Commission has also raised doubts, and until Wednesday had suggested the EU instead move ahead with more limited versions of a price cap.

Here are the ways Europe could cap the price of gas.

PRICE CAP ON ALL GAS

This is what the 15 EU countries asked the European Commission to propose urgently in a letter, saying a price cap was “the one measure that will help every member state to mitigate the inflationary pressure”.

“We should consider a price limitation in relation to the TTF in a way that continues to secure the supply of gas to Europe and to all member states,” her letter said.

She did not specify whether such a cap would apply to all gas trades and import contracts that are pegged to the TTF price, or have a more limited scope.

The Commission has been sceptical about a wholesale gas price cap for exchange transactions. In a paper analysing various options last week, the EU executive said a broad cap could be complex to launch, pose risks to energy security and disrupt flows of fuel between EU countries.

That is because in a supply shortage, price signals would no longer be able to drive flows to regions that urgently need gas, while a cap also risked triggering supply disruptions from foreign suppliers, the Commission paper said.

It suggested such a cap could work only if a new entity were launched to allocate and ship scarce fuel supplies between states.

While a price cap would be a temporary fix, the Commission wants to implement a more lasting alternative price benchmark for gas in Europe.

Historically, the gas price at the Netherlands’ TTF hub has been used as a benchmark for LNG deliveries into Europe. But the major reduction of Russian gas supplies this year has made the TTF price extremely volatile, and more expensive than LNG prices in other regions.

Brussels says a new index is needed since the TTF is guided by pipeline supply and no longer represents a market that includes more LNG.

Some industry sources have suggested industry should develop a new benchmark on its own. Its success would depend on whether the gas industry uses it.

Belgium, Greece, Italy and Poland put forward their own proposal on Thursday for a “dynamic price corridor” for gas.

“The corridor would apply to all wholesale transactions, not limited to import from specific jurisdictions and not limited to specific use of natural gas,” the countries said a document outlining the “corridor” – a range determined by and lower than the market price.

The document, seen by Reuters, suggested setting the corridor at a level high enough to let the gas market function, and flexible enough to ensure European countries can attract supply. If necessary, that could mean allowing gas transactions at prices above the corridor, it said.

The gas price would be able to fluctuate within the corridor range, to keep providing price signals that direct supply to regions that need it, the document said, adding that it should also apply to long-term contracts that are pegged to existing gas price benchmarks.

European electricity prices are set by the last power plant needed to meet demand – typically, a gas plant. Lowering the cost of gas-fuelled power could therefore bring down the overall power price – though governments would need to compensate gas plants for the gap between the capped price and the higher market price at which they buy fuel.

Spain and Portugal implemented a scheme to do this in June – which has helped to reduce local power prices, but at the same time Spain’s gas use increased.

The Commission has said any interventions to lower gas prices must be coupled with measures to avoid driving an increase in gas demand when countries need to save scarce fuel.

The Commission suggested a Russian gas price cap in September, but dropped the idea after resistance from central and eastern European countries worried Moscow would retaliate by cutting off the gas it still sends to them.

Europe relied on Russia for roughly 40% of its gas before Moscow invaded Ukraine. That share has dropped to 9% as Russia has cut supplies to Europe.

Given the fall in Russian volumes, some EU diplomats said a price cap would do little to reduce European gas prices, and would function as more of a geopolitical move to cut revenues to Moscow.

The EU country leaders’ discussion on Friday will give a steer to Brussels on what type of measures they would support. EU countries’ energy ministers meet on Oct. 11-12 to continue debating gas price caps.

The Commission, which drafts EU policies, has said it is ready to propose extra measures to tackle the energy crisis. Once the Commission puts forward proposals, the bloc’s 27 countries will negotiate them and try to find a final deal.