Home News Explainer-The Zaporizhzhia nuclear power plant’s shutdown
Our website publishes news, press releases, opinion and advertorials on various financial organizations, products and services which are commissioned from various Companies, Organizations, PR agencies, Bloggers etc. These commissioned articles are commercial in nature. This is not to be considered as financial advice and should be considered only for information purposes. It does not reflect the views or opinion of our website and is not to be considered an endorsement or a recommendation. We cannot guarantee the accuracy or applicability of any information provided with respect to your individual or personal circumstances. Please seek Professional advice from a qualified professional before making any financial decisions. We link to various third-party websites, affiliate sales networks, and to our advertising partners websites. When you view or click on certain links available on our articles, our partners may compensate us for displaying the content to you or make a purchase or fill a form. This will not incur any additional charges to you. To make things simpler for you to identity or distinguish advertised or sponsored articles or links, you may consider all articles or links hosted on our site as a commercial article placement. We will not be responsible for any loss you may suffer as a result of any omission or inaccuracy on the website.
News 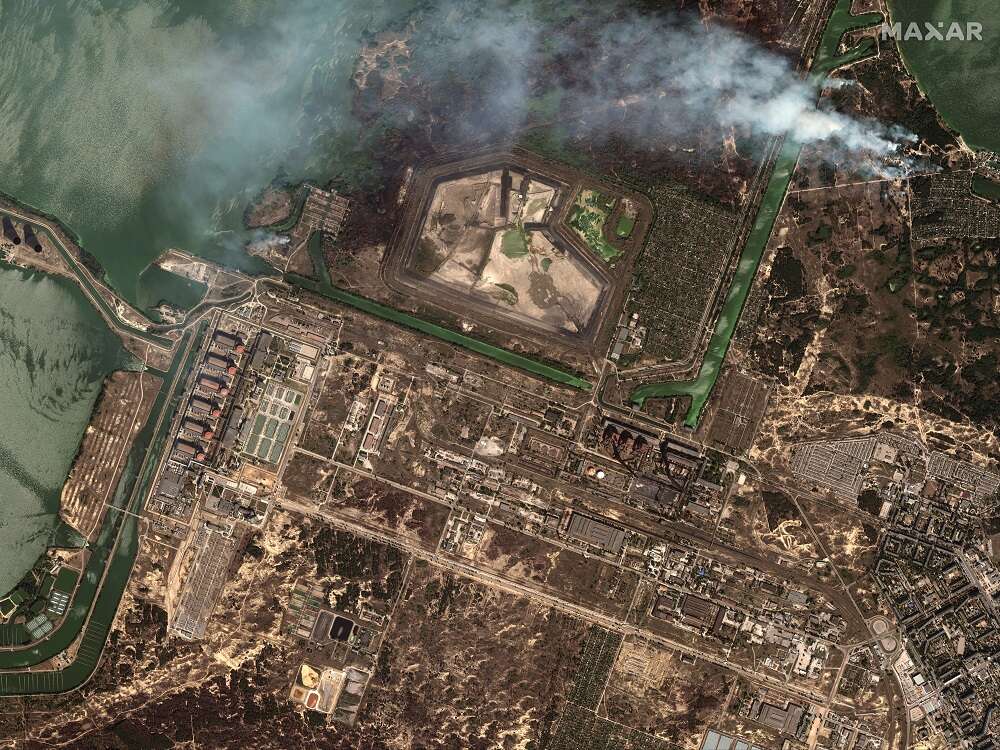 VIENNA (Reuters) – The last operating reactor at the Russian-held Zaporizhzhia nuclear power plant in Ukraine has been put into what is known as a cold shutdown after an external power line was restored, making it possible to shut it down more safely.

The lack of external power to Europe’s biggest nuclear plant had removed what are effectively lines of defence guarding against a nuclear meltdown at the site, which has been subject to fierce fighting in recent weeks.

What is the current situation at Zaporizhzhia and what are the safety implications?

Zaporizhzhia has been occupied by Russian forces since March. Ukrainian staff have, however, continued to operate the plant, albeit in stressful conditions that the International Atomic Energy Agency has repeatedly described as unsafe.

Despite the Russian occupation, Ukraine continues to decide what happens at the plant in terms of which reactors operate and how, IAEA chief Rafael Grossi told a news conference on Monday.

Russia and Ukraine have accused each other of shelling at the site that has damaged buildings and brought down power lines essential to cooling fuel in its six reactors, even when the reactors are in cold shutdown as they are now.

Controlled fission, the splitting of nuclear fuel atoms inside a reactor core, generates heat that turns water into steam to spin turbines and produce electricity. A runaway chain reaction can, however, cause a major accident like those at Fukushima or Chernobyl.

Grossi has called for an immediate stop to the shelling as well as for a more formal protection zone to be set up around the plant to reduce the risk of catastrophe.

External power lines are essential to the safe operation of a nuclear power plant. That is why plants often have several, with various backups built in.

Zaporizhzhia has four regular external power lines, all of which were cut earlier in the war. It has three backup power lines but they have been cut or deliberately disconnected at various points. Earlier this month they were all out of use.

At Zaporizhzhia, when no external power lines are available, two options remain – so-called “island mode” where a reactor operates at low power to keep supplying cooling systems and other essential functions, and diesel generators, both of which are only designed to work for a short time.

Operating on island mode risks damaging vital components like turbines or pumps, and diesel generators are an emergency measure with only a limited amount of fuel available.

The IAEA said on Sunday https://www.iaea.org/newscenter/pressreleases/update-100-iaea-director-general-statement-on-situation-in-ukraine that Zaporizhzhia has “20 emergency diesel generators available if needed, with supplies for at least 10 days of operation”.

The restoration of an emergency power line on Saturday made it possible to shut down the last operating reactor more safely.

A cold shutdown is a relative term, however, as it means the reactor’s temperature is below boiling point but electrical pumps moving water through the reactor core must still keep working to cool the fuel and avoid a nuclear meltdown. For that, a reliable external power supply is essential, the IAEA says.

Grossi told a news conference on Monday that Ukraine is working on consolidating the power supply to the plant, meaning restoring power lines including the regular power lines that have long been down. It was up to Ukraine, however, to decide when to fire up one or more of the reactors, he added.

Asked if Ukraine would wait until it had consolidated the power supply before firing up any reactors, he said: “It is a logical conclusion”.

Explainer-How will the public be able to say goodbye to Queen Elizabeth?