Home News First nationwide map of Italy’s fascist monuments goes online
Our website publishes news, press releases, opinion and advertorials on various financial organizations, products and services which are commissioned from various Companies, Organizations, PR agencies, Bloggers etc. These commissioned articles are commercial in nature. This is not to be considered as financial advice and should be considered only for information purposes. It does not reflect the views or opinion of our website and is not to be considered an endorsement or a recommendation. We cannot guarantee the accuracy or applicability of any information provided with respect to your individual or personal circumstances. Please seek Professional advice from a qualified professional before making any financial decisions. We link to various third-party websites, affiliate sales networks, and to our advertising partners websites. When you view or click on certain links available on our articles, our partners may compensate us for displaying the content to you or make a purchase or fill a form. This will not incur any additional charges to you. To make things simpler for you to identity or distinguish advertised or sponsored articles or links, you may consider all articles or links hosted on our site as a commercial article placement. We will not be responsible for any loss you may suffer as a result of any omission or inaccuracy on the website.
News 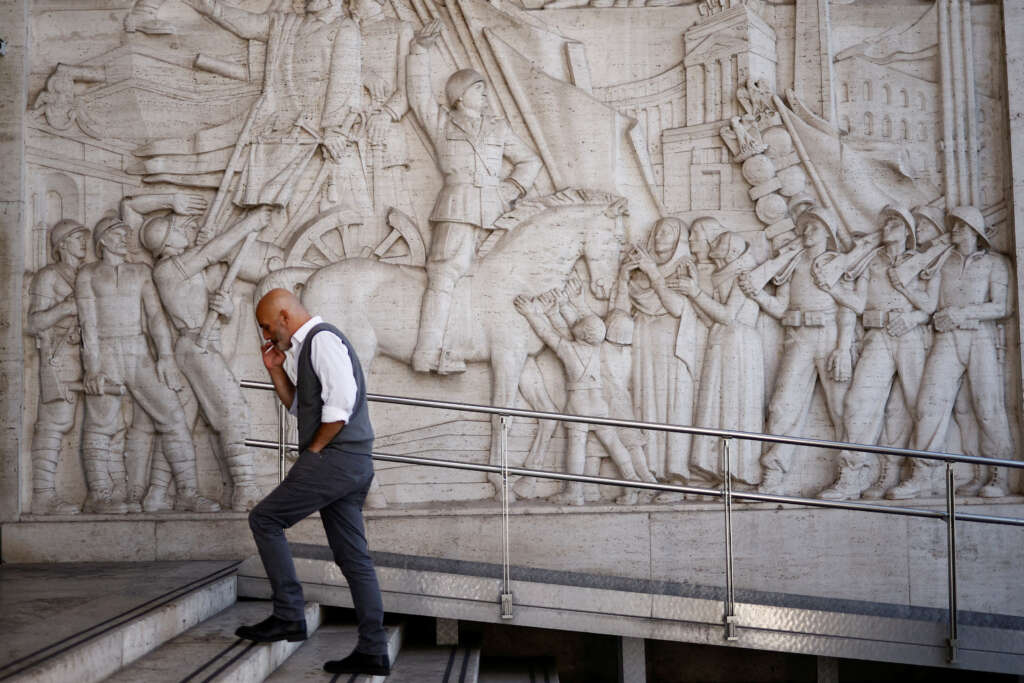 ROME (Reuters) – More than 1,400 monuments, street signs and plaques honouring fascism have been put online in the first nationwide attempt to document the symbols of Benito Mussolini’s regime that still dot the urban landscape of Italy.

The “places of fascism” website (www.luoghifascismo.it) was unveiled on Tuesday by the Istituto Nazionale Parri, a Milan-based historical research institute, following four years of research.

It lists famous landmarks, such as the obelisk in Rome marked in giant lettering with “Mussolini Dux” (Mussolini leader), as well as more obscure memorials up and down the country.

“It is a partial census … We know very well that it’s not complete, it’s very much a work in progress,” Igor Pizzirusso, a public history researcher and webmaster of the site, told Reuters.

The website will be expanded with submissions from the public, subject to verification by experts, Pizzirusso said, adding that about a dozen suggestions came in Tuesday after the website was publicised in La Repubblica newspaper.

Italy has a complicated relationship with its fascist past, now under greater scrutiny as Giorgia Meloni, a hard-right politician with a teenage past as a Mussolini fan, was sworn in as prime minister last month.

Meloni, who won Sept. 25 elections, insists she and her Brothers of Italy party have embraced mainstream conservatism, declaring in August that “the Italian right has handed fascism over to history for decades now”.

Nevertheless, the party and its right-wing allies in October went on to elect as speaker of the Senate Ignazio La Russa, a collector of Mussolini memorabilia who once said that the fascist one-armed salute was more hygienic than handshakes.