Our website publishes news, press releases, opinion and advertorials on various financial organizations, products and services which are commissioned from various Companies, Organizations, PR agencies, Bloggers etc. These commissioned articles are commercial in nature. This is not to be considered as financial advice and should be considered only for information purposes. It does not reflect the views or opinion of our website and is not to be considered an endorsement or a recommendation. We cannot guarantee the accuracy or applicability of any information provided with respect to your individual or personal circumstances. Please seek Professional advice from a qualified professional before making any financial decisions. We link to various third-party websites, affiliate sales networks, and to our advertising partners websites. When you view or click on certain links available on our articles, our partners may compensate us for displaying the content to you or make a purchase or fill a form. This will not incur any additional charges to you. To make things simpler for you to identity or distinguish advertised or sponsored articles or links, you may consider all articles or links hosted on our site as a commercial article placement. We will not be responsible for any loss you may suffer as a result of any omission or inaccuracy on the website.
Home Opinion Food Fraud – What Is It and What Effects Is It Having on German Organic Farming?

Food Fraud – What Is It and What Effects Is It Having on German Organic Farming? 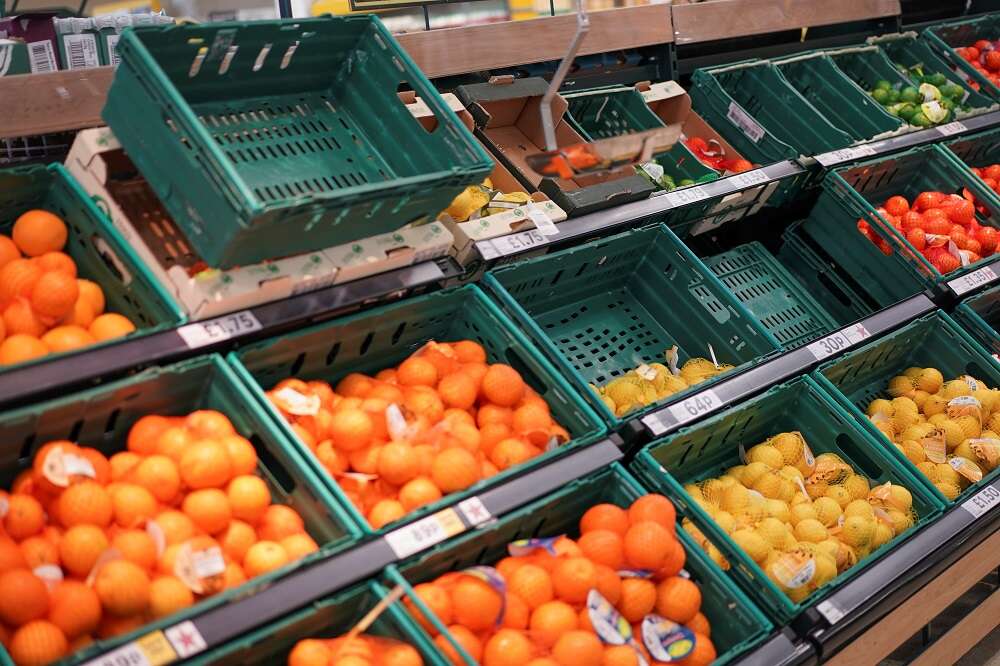 When it comes to organic food in Europe, no one does it better than Germany. Over the past few years, the Bund Ökologische Lebensmittelwirtschaft (BÖLW) found that the value of the organic market has continued to grow, with it shooting to €14.99 billion in 2020. This is thanks to Germans buying 22% more organic food and beverages, which resulted in the sale of organic product increasing at almost double the rate of the rest of the food market.

However, much like any other product that’s commercially available, this brings the opportunity for people to exploit it for their gain. Food fraud is rising globally, and it can have a huge impact both on farming and the health of the public consuming it.

Electrix, leading provider of  gehäuse has researched food fraud, how it impacts  organic farming, and what can be done to cut it off at the source.

Food fraud – what is it?

The definition of ‘food fraud’ refers to any food that has been subjected to mislabelling, unauthorised enhancement or dilution of a product, or intentional concealment. It also covers food that is produced, diverted or distributed by grey market means.

Food fraud is most frequently seen with mislabelling, and this can have a number of repercussions. Foods are often sold by restaurants and retailers as what they’ve been incorrectly labelled as, which can lead to illness or worse if consumed. Not correctly labelling food with the appropriate allergens or the right storage instructions doesn’t just affect trust from consumers but also could pose a legitimate threat to their health.

How does this affect organic food and its farming in Germany?

The main motivation of food fraud is economic. In fact, the European Commission said that damage caused per year by food fraud reaches between €8–12 billion. The premium price tag attached to organic products means that it is more likely to be mislabelled fraudulently or tampered with. For this reason, organic food fraud is on the rise everywhere, but especially in Germany. Between 2016 and 2019, the EU Food Fraud Network saw the largest number of requests for investigations and information around fraud, with more than 70 requests coming from Germany.

There are more regulations for organic food than for conventional food. Growing and farming organic foods means that pesticides, growth hormones and added chemicals are all prohibited, and the foods are checked with laboratories to ensure they meet the standards to be classified as organic.

The knock-on effect of this on Germany’s organic agricultural industry is the damage dealt to consumer trust and consistency in the supply chain. Consumers want to get what they’re paying for, and if they’re receiving products that aren’t aligning with the price tag, they’ll not buy again – which will echo through to affect suppliers too. In turn, if distributors must be more selective with their suppliers, the efficiency of the supply chain will be affected too.

What’s being done to address it?

Several directives have been introduced to make sure that the products consist of the quality they’re to be advertised and sold as.

For food and food-related products imported from outside of Europe, the European Commission (EC) introduced the Trade Control and Expert System (TRACES). This is an online tool that tracks and manages the product journey before it reaches European countries. The EC also introduced The New Organic Regulation and The Official Controls Regulation, which act to protect the fairness and rights of food importation and exportation within Europe.

Though we’ve seen a rise in food fraud over the past few years, hopefully the introductions of these initiatives will encourage a decrease over time.

While organic farming in Germany continues to flourish and benefit the economy, the rise in food fraud threatens its future. Organic food fraud being the most common type of food fraud could not just damage economic value, but also supply chain stability and consumer trust. Although Germany being has the most requests for investigations, increased measures introduced by the European Commission mean that more is being done to nip the growing fraud numbers in the bud.

Cryptoverse: Is bitcoin out of the woods? Consider...

Disaster prep means protecting not only your house...

Five trends retailers should be aware of in...

GIVE ME FIVE: WHY GLOBAL HEALTH FIRM WANTS BOSSES TO PLEDGE 5% OF WORKING HOURS FOR STAFF WELL-BEING

Only one in five are confident all their...