Home News Frankfurt steps up efforts to shift euro clearing from London
Our website publishes news, press releases, opinion and advertorials on various financial organizations, products and services which are commissioned from various Companies, Organizations, PR agencies, Bloggers etc. These commissioned articles are commercial in nature. This is not to be considered as financial advice and should be considered only for information purposes. It does not reflect the views or opinion of our website and is not to be considered an endorsement or a recommendation. We cannot guarantee the accuracy or applicability of any information provided with respect to your individual or personal circumstances. Please seek Professional advice from a qualified professional before making any financial decisions. We link to various third-party websites, affiliate sales networks, and to our advertising partners websites. When you view or click on certain links available on our articles, our partners may compensate us for displaying the content to you or make a purchase or fill a form. This will not incur any additional charges to you. To make things simpler for you to identity or distinguish advertised or sponsored articles or links, you may consider all articles or links hosted on our site as a commercial article placement. We will not be responsible for any loss you may suffer as a result of any omission or inaccuracy on the website.
News

Frankfurt steps up efforts to shift euro clearing from London 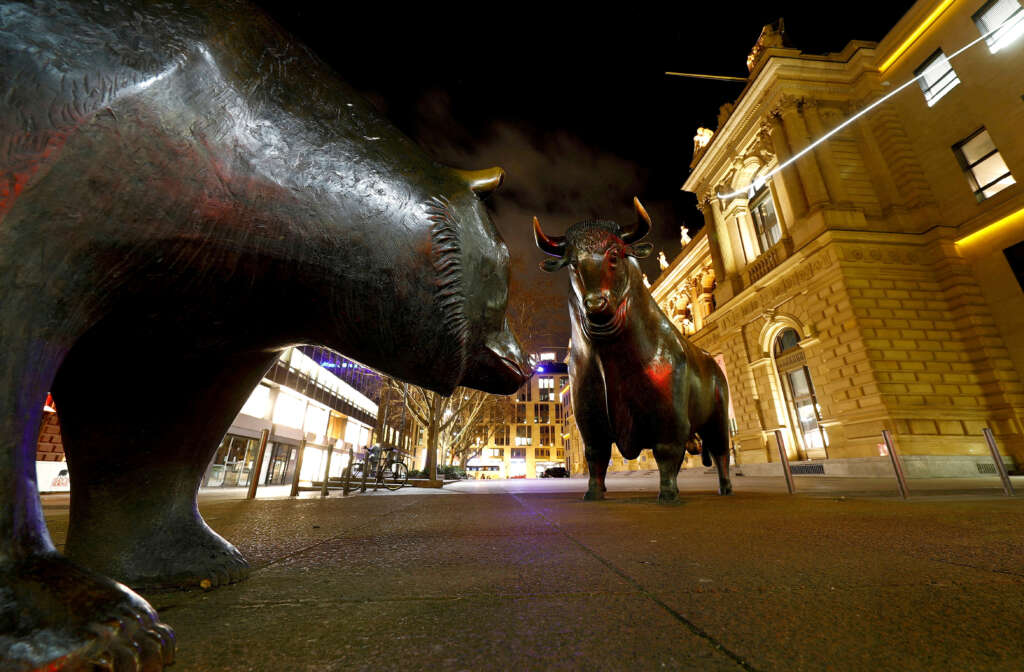 LONDON (Reuters) – Deutsche Boerse’s derivatives division stepped up efforts on Tuesday to attract a bigger slice of multi-trillion euro derivatives clearing from London to its base in Frankfurt ahead of anticipated European Union legislation.

Brussels has likened the need to cut the EU’s heavy reliance on London for euro derivatives clearing since Brexit to the bloc’s need to wean itself off Russian energy.

Deutsche Boerse’s Eurex Clearing said buyside customers, such as asset managers, could qualify for up to 50,000 euros ($49,655) for running an active account for clearing interest rate and other types of swaps during 2023. This would add to existing incentive schemes.

“With this targeted incentive programme for buyside clients, we again demonstrate our strong commitment for a market-led solution which is designed to further accelerate the development of a liquid, EU-based alternative for the clearing of OTC interest rate swaps,” said Matthias Graulich, a member of Eurex Clearing’s executive board.

Based on Eurex’s current eligible client base, the incentive pool is worth up to 25 million euros, it said.

Since Britain fully left the EU at the end of 2020, its financial sector has lost its unfettered access to the bloc, but Brussels has allowed EU market participants to continue using UK clearing houses until June 2025, to give time for them to shift business to the EU.

The London Stock Exchange Group’s LCH business clears the bulk of euro interest rate swaps, and the EU’s executive European Commission is due in early December to put forward legislation to “incentivise” a shift from London to the EU.

Derivatives industry officials expect the EU draft law to include forcing EU market participants to have an “active” account with a clearing house in the bloc, with perhaps minimum volume requirements.

The EU’s securities watchdog ESMA has recommended that pension funds in the bloc should be made to clear their swap trades inside the EU from June 2023 to further boost volumes. Banking regulators in the EU could use existing powers to force banks to hold more capital on exposures to clearers in based in London.

More than 600 clearing members and buy-side clients have been signed up by Eurex Clearing for swaps clearing, but many of the accounts are inactive.

Eurex said that notional outstanding in interest rate swap contracts at its clearing house has risen by 40% since the beginning of the year to 28 trillion in mid-October, indicating a global market share of about 20%, with LCH accounting for the rest.

LSEG has repeatedly said there has been no material shift in volumes from London to Frankfurt, and some 75% of euro interest rate swaps are traded among non-EU counterparts in any case.

Banks say privately that mandating a shift in euro clearing would hit EU banks most as they benefit from LCH’s multi-currency pool, while Eurex focuses on the euro.

Global banks say they can also shift clearing to U.S. clearers which have open ended permission from Brussels to serve customers in the EU.