Home News G7 launches climate ‘Shield’ fund, some countries wary
Our website publishes news, press releases, opinion and advertorials on various financial organizations, products and services which are commissioned from various Companies, Organizations, PR agencies, Bloggers etc. These commissioned articles are commercial in nature. This is not to be considered as financial advice and should be considered only for information purposes. It does not reflect the views or opinion of our website and is not to be considered an endorsement or a recommendation. We cannot guarantee the accuracy or applicability of any information provided with respect to your individual or personal circumstances. Please seek Professional advice from a qualified professional before making any financial decisions. We link to various third-party websites, affiliate sales networks, and to our advertising partners websites. When you view or click on certain links available on our articles, our partners may compensate us for displaying the content to you or make a purchase or fill a form. This will not incur any additional charges to you. To make things simpler for you to identity or distinguish advertised or sponsored articles or links, you may consider all articles or links hosted on our site as a commercial article placement. We will not be responsible for any loss you may suffer as a result of any omission or inaccuracy on the website.
News 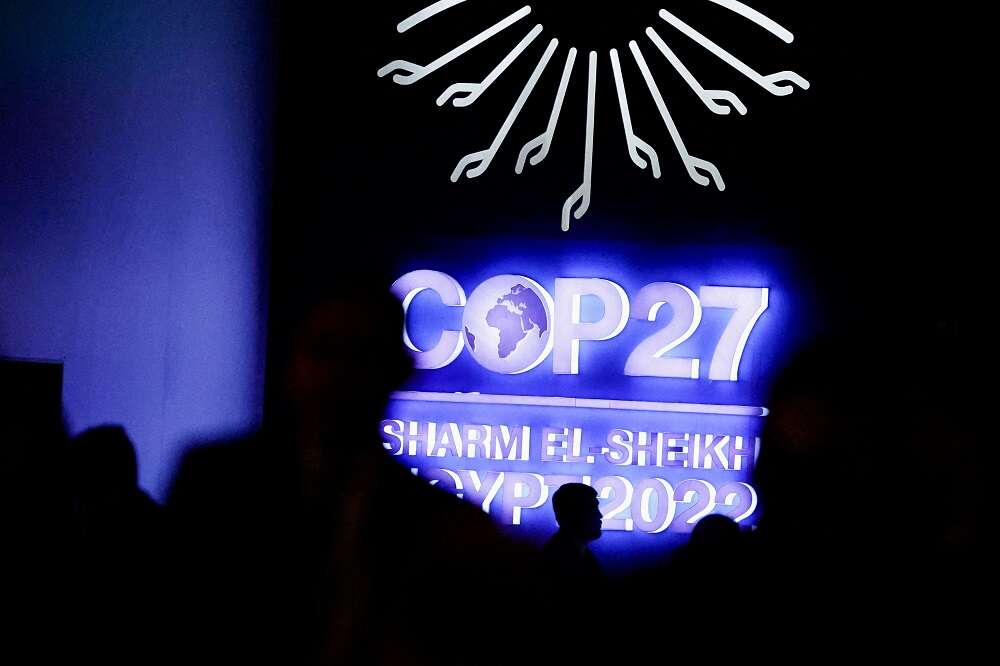 By Kate Abnett and Simon Jessop

SHARM EL-SHEIKH, Egypt (Reuters) – A G7-led plan dubbed “Global Shield” to provide funding to countries suffering climate disasters was launched at the U.N. COP27 summit on Monday, although some questioned the effectiveness of the planned scheme.

Coordinated by Group of 7 president Germany and the V20 group of climate-vulnerable countries, it aims to rapidly provide pre-arranged insurance and disaster protection funding after events such as floods, droughts and hurricanes hit.

Backed by 170 million euros ($175.17 million) in funding from Germany and 40 million euros from other donors including Denmark and Ireland, the Global Shield will in the next few months develop support to be deployed in countries including Pakistan, Ghana, Fiji and Senegal when events occur.

Some countries and campaigners were cautious, however, concerned it risked damaging efforts to secure a substantive deal on financial help for so-called “loss and damage” – the U.N. jargon for irreparable damage wrought by global warming. 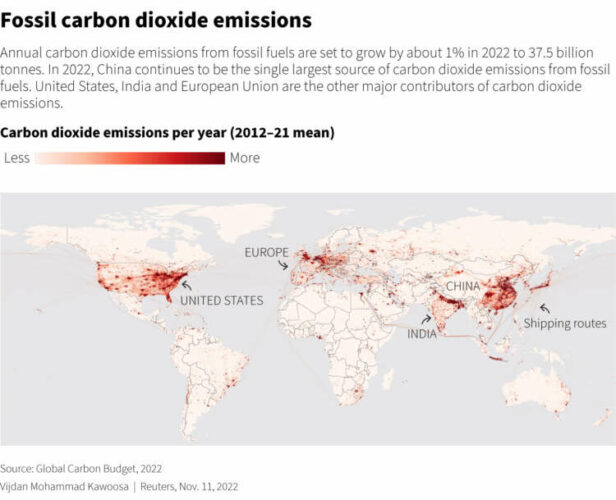 “It is not a kind of tactic to avoid formal negotiation on loss and damage funding arrangements here,” Schulze said. “Global Shield isn’t the one and only solution for loss and damage. Certainly not. We need a broad range of solutions.”

Some research suggests that by 2030, vulnerable countries could face $580 billion per year in climate-linked “loss and damage”.

Yet some vulnerable countries questioned the scheme’s focus on insurance, with insurance premiums adding another cost to cash-strapped countries that have low carbon emissions and contributed least to the causes of climate change.

“We are not yet persuaded, especially of the insurance elements,” Avinash Persaud, Special Envoy on Climate Finance to Barbados Prime Minister Mia Mottley, told Reuters.

“Using insurance is a method in which the victim pays, just in instalments in the beginning,” he said, adding that loss and damage finance should be grant-based.

It was not immediately clear how much of the Global Shield funding announced so far was in grant form.

Michai Robertson, a negotiator for the Alliance of Small Island States – which is championing calls for a new U.N. loss and damage fund in the talks this week – said even subsidised insurance premiums could enable insurance companies in wealthy countries to profit off poor and vulnerable nations’ suffering.

“There’s an inherent injustice about them profiting off of our loss and damage,” he said.

For daily comprehensive coverage on COP27 in your inbox,

sign up for the Reuters Sustainable Switch newsletter here