Home Industries Gas price surge pushes Europe’s ceramics industry to breaking point
Our website publishes news, press releases, opinion and advertorials on various financial organizations, products and services which are commissioned from various Companies, Organizations, PR agencies, Bloggers etc. These commissioned articles are commercial in nature. This is not to be considered as financial advice and should be considered only for information purposes. It does not reflect the views or opinion of our website and is not to be considered an endorsement or a recommendation. We cannot guarantee the accuracy or applicability of any information provided with respect to your individual or personal circumstances. Please seek Professional advice from a qualified professional before making any financial decisions. We link to various third-party websites, affiliate sales networks, and to our advertising partners websites. When you view or click on certain links available on our articles, our partners may compensate us for displaying the content to you or make a purchase or fill a form. This will not incur any additional charges to you. To make things simpler for you to identity or distinguish advertised or sponsored articles or links, you may consider all articles or links hosted on our site as a commercial article placement. We will not be responsible for any loss you may suffer as a result of any omission or inaccuracy on the website.
Industries 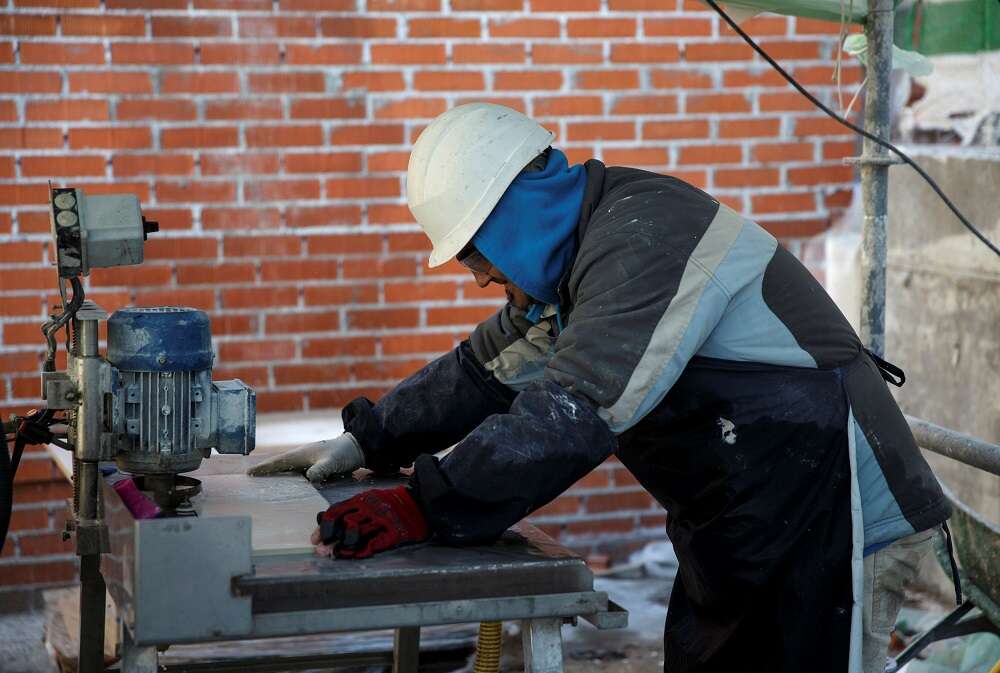 MILAN (Reuters) – Continental Europe’s $35 billion ceramics industry thought the worst was over when sales jumped more than 10% in the first half of the year and order books began to fill up after the damage inflicted by the pandemic. But surging gas prices have caught out companies in an energy-intensive business, leaving them to choose between passing on higher costs to customers and scaling back or halting production. And all at a time when many feel energy transition costs are already hurting them.

Iris Ceramica Group, based in the central region of Emilia-Romagna and one of Italy’s leading manufacturers in the sector, has had to introduce an energy surcharge of 3% on invoices to help cushion the blow.

Reception has been mixed.

“Some clients realise we’ve done our best to limit price rises but others, especially the big bulk buyers, are interpreting contracts to the letter and asking for a pre-warning period,” says CEO Federica Minozzi. It was Minozzi’s father Romano who first persuaded gas transport group Snam to bring its grid to the area in the 1980s, effectively launching Italy’s ‘Tile Valley’ district. Now his daughter is planning to build the industry’s first green hydrogen ceramics factory driven by a rooftop solar plant. The project, started before gas prices exploded, is easier to justify in the face of higher gas prices. “In effect given recent developments production could become competitive from an economic point of view faster than we thought,” Minozzi said.

Europe’s ceramics industry guzzles gas to fire up furnaces and keep 200,000 direct workers in a job. Energy bills nL8N2QM1BY typically account for up to 20% of overheads. With no short-term solution in sight the final quarter of the year could turn into a blood bath, warns Giovanni Savorani, the head of Italy’s Confindustria Ceramica federation.

“It’s a total disaster. There are companies that risk shutting down production and sending workers home because they can’t balance their books,” Savorani told Reuters.

Italy, which with Spain dominates Europe’s ceramics trade, has invested more than 2 billion euros ($2.3 billion) in six years in new materials and technologies to help it compete with cheaper production from China, India and Turkey. After the headwinds of COVID-19, demand in the tiles business has returned with revenues in Italy in the first six months up 12.3% on the same period in 2019. But the rise in order books cannot keep pace with the impact of energy costs.

“I’m thinking of stopping things in January because I can’t produce at these prices and make a profit,”said Savorani, who owns his own company.

Natural gas prices nL1N2QZ01Y have soared 300% this year to record highs in Europe and parts of Asia as economies recovered from the COVID-19 pandemic and energy consumption increased faster than supplies.

The increases have prompted energy-intensive industries like ceramics to review production to cope in a trend that is disrupting supply chains and risks fuelling inflation. Jose Luis Lanuza, Chief Executive of Spain’s Keraben Group, used to look at gas prices once or twice a year, to help decide on structuring contracts for his wall and floor tile business. “Now I look at gas every day, hoping it goes down,” he said. “We have no alternative source of energy. We have to buy gas.”

He is now looking into partial stoppages in December, potentially cutting production temporarily by around 50% and bringing forward next year’s holiday for employees. “This could end with production going elsewhere, outside Europe,” Lanuza said, mentioning Turkey, Poland, Vietnam and Mexico as potential alternatives.

“We are already looking at investing outside of Europe. It pains me but it’s what I have to do.”

Geert-Jan Starting, who runs a 165-year-old brick factory in the Netherlands, compares the crisis to World War One, when a disruption of supplies of coal from Britain to the Netherlands led to a wave of bankruptcies. The business survived two world wars and transitions from peat to coal and then to natural gas in the 1960s. But he’s now having to tell clients he can no longer offer them price guarantees amid market volatility. “I hadn’t seen this coming a few months ago, price surges of threefold or fourfold, and if you ask me what lies ahead, I have no idea.”