Home Investment Harley-Davidson profit drops on rising costs and chip shortages
Our website publishes news, press releases, opinion and advertorials on various financial organizations, products and services which are commissioned from various Companies, Organizations, PR agencies, Bloggers etc. These commissioned articles are commercial in nature. This is not to be considered as financial advice and should be considered only for information purposes. It does not reflect the views or opinion of our website and is not to be considered an endorsement or a recommendation. We cannot guarantee the accuracy or applicability of any information provided with respect to your individual or personal circumstances. Please seek Professional advice from a qualified professional before making any financial decisions. We link to various third-party websites, affiliate sales networks, and to our advertising partners websites. When you view or click on certain links available on our articles, our partners may compensate us for displaying the content to you or make a purchase or fill a form. This will not incur any additional charges to you. To make things simpler for you to identity or distinguish advertised or sponsored articles or links, you may consider all articles or links hosted on our site as a commercial article placement. We will not be responsible for any loss you may suffer as a result of any omission or inaccuracy on the website.
Investment 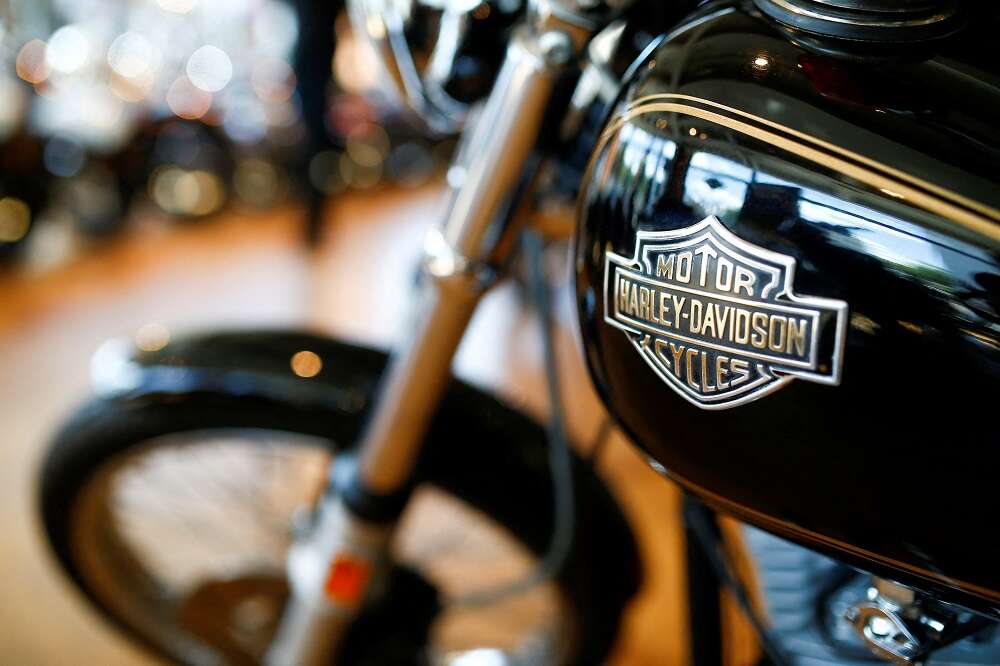 (Reuters) -Harley-Davidson Inc reported a drop in first-quarter profit, in line with Wall Street expectations, as margins at the motorcycle maker were squeezed by higher costs and chip shortages, while sales were boosted by global price increases.

The Milwaukee-based company’s shares were down 1.2% in midmorning trading at $36.20 on the New York Stock Exchange.

The 119-year-old manufacturer, which has been facing surging costs for raw materials and logistics, said it now expects higher input costs to continue through the rest of the fiscal year. Even so, Harley said it is seeing strong consumer demand for its bikes.

The global semiconductor shortage has not yet eased, which has added to margin pressures – pushing the company to maintain its outlook for an already extended backlog of orders for bikes.

“We are cautiously optimistic on improvements in the supply chain environment in the second half of the year. However, this remains difficult to predict with certainty,” Chief Executive officer Jochen Zeitz told analysts on a conference call.

Sales from motorcycles and Harley’s related products division rose about 6% to $1.3 billion, with the parts and accessories business seeing the strongest growth of 11%. Supply chain snarls dented motorcycle sales in North America as production challenges resulted in lower dealer inventories, the company said.

“On average, a bike is sitting on the showroom floor in the U.S. for less than two weeks, which is an extraordinary reduction from Q1 2019, when this (was) more like 10 weeks,” said Chief Financial Officer Gina Goetter.

Harley’s overall growth outlook remains unchanged as the company expects revenue to continue its upward trajectory, which has been helped by a combination of pricing actions and surcharges for its cruisers and longer-range Grand American Touring bikes.

The company price surcharges in global markets have helped offset production costs and boost sales. Revenue rose 5% to about $1.50 billion. Demand for bikes remains strong as motorcycles saw a slight uptick in revenue of $1.3 million from $1.2 million a year prior.

(Reporting by Bianca Flowers in Chicago and Aishwarya Nair in Bengaluru; Editing by Arun Koyyur, Louise Heavens and Jonathan Oatis)

BoE set to walk the line between inflation and recession

US, European shares rise as earnings mixed; euro dives to lowest since 2017

Sovereign bond yields not yet reached a summit...

How will the ECB contain fragmentation risk in...