Home Opinion How can schools promote multilingualism in classrooms?
Our website publishes news, press releases, opinion and advertorials on various financial organizations, products and services which are commissioned from various Companies, Organizations, PR agencies, Bloggers etc. These commissioned articles are commercial in nature. This is not to be considered as financial advice and should be considered only for information purposes. It does not reflect the views or opinion of our website and is not to be considered an endorsement or a recommendation. We cannot guarantee the accuracy or applicability of any information provided with respect to your individual or personal circumstances. Please seek Professional advice from a qualified professional before making any financial decisions. We link to various third-party websites, affiliate sales networks, and to our advertising partners websites. When you view or click on certain links available on our articles, our partners may compensate us for displaying the content to you or make a purchase or fill a form. This will not incur any additional charges to you. To make things simpler for you to identity or distinguish advertised or sponsored articles or links, you may consider all articles or links hosted on our site as a commercial article placement. We will not be responsible for any loss you may suffer as a result of any omission or inaccuracy on the website.
Opinion

How can schools promote multilingualism in classrooms? 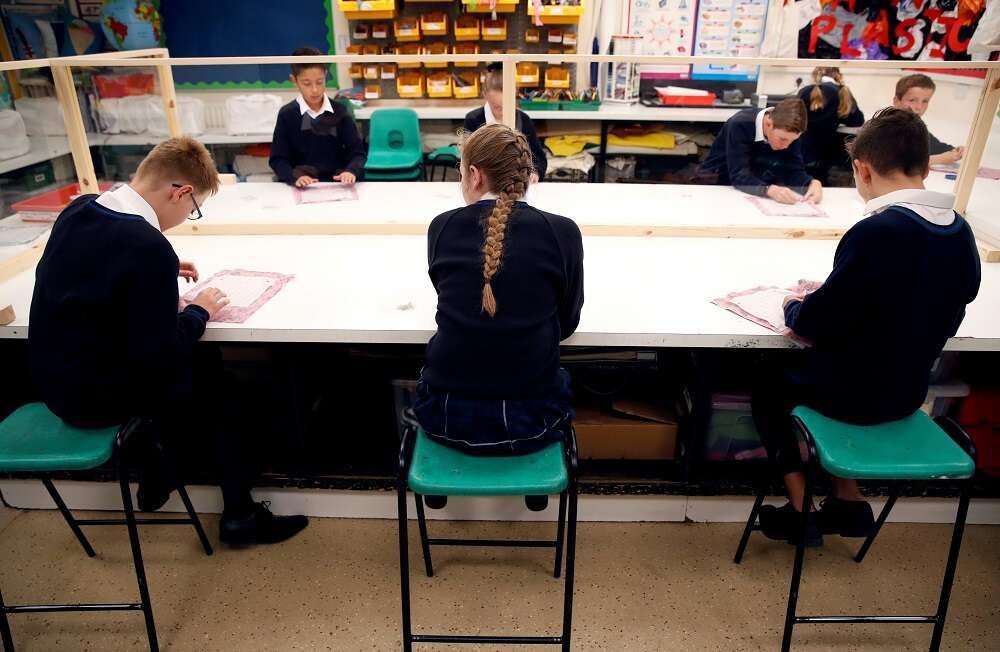 In our multicultural world, there is an increasing need for schools to better accommodate speakers of other languages. There are currently upwards of 1.5 million pupils in the UK that speak English as an Additional Language (EAL). From participating in class to making friends, there are many reasons for schools to use multilingualism to help EAL pupils develop their language skills and feel more at home in the classroom.

However, FlashAcademy found that this is often not reflected within the school classroom, where classes are taught in English as standard, which can be challenging for those that do not speak English as a first language. Whilst some schools are already making an effort to help EAL students feel more comfortable, there is definitely more that can be done.

The current focus on monolingualism within schools is causing an increasing number of children to feel unrepresented within the classroom. They may feel that there is a harsh distinction between who they are at school and who they are at home, due to speaking two (or more) different languages that are not given the opportunity to intersect.Language is such an invaluable tool, providing us with the ability to communicate across cultures and continents, and to keep our histories alive. With so many advantages to speaking more than one language, it makes sense to focus on multilingualism in schools and encourage children with EAL to share their languages with their peers.

What are the benefits of speaking multiple languages in the classroom?

Speaking more than one language is a skill with many uses.

Multilingualism is advantageous, both for children with EAL and those with English as their first language. Access to more than one language provides monolingual children with the opportunity to communicate with children from other countries and cultures, whilst conversely EAL speakers feel more comfortable using their home language at school. This promotes diversity within classrooms and allows students that have arrived in the UK (sometimes under strenuous circumstances) to feel welcomed.

It’s important for schools to keep in mind that not all children arriving in other countries are doing so willingly. In the past year alone, the UK has seen 15,694 refugees and asylum seekers enter the country. Children who enter the UK from countries where they have received no or limited formal education, meaning they usually arrive without the ability to speak English and may take longer to adapt to their new country.

By introducing their home language in the classroom, this may encourage them to participate more in lessons and bond with their classmates, preventing them from feeling isolated at school during an already scary time for a child.

Children are naturally curious, and willing to learn more about the world around them. By removing the monolingual standard in the classroom, you are not only helping children that are already speakers of other languages to feel more included, but also encouraging that natural curiosity and willingness to learn in their classmates.

How can schools support multilingualism?

There are many different ways schools can support pupils to share different languages. Naturally, children love to talk and share their knowledge, so giving students the opportunity to show off any words that they might already know in other languages can be effective.

When discussing topics in class, asking students if they know any of the key terminology in other languages is a great way to start conversations about other languages and can help children with EAL to feel more represented in the classroom. They can effectively become ‘experts’ in their own language, allowing other children to go to them for language help.

Most schools make use of some form of reading diary system to keep track of what books children are reading – both in school and at home. Rather than enforcing the idea that the only books worth keeping track of are written in English, encourage students to make a note of any books they’re reading outside of school, regardless of the language they’re written in. Doing so will also allow childrens’ parents to become actively involved in their reading progress, even if they themselves are not proficient in English.

Another great way to promote multilingualism is to introduce a world language section in the school library. Books printed in the languages spoken by students at the school are a great addition, allowing them to read culturally relevant stories that they may not have access to at home. Children will greatly benefit from feeling like their language is represented and welcomed within the school setting, and not just something to be reserved for speaking at home.

Children are little scientists; they love to learn and are always willing to put a hypothesis to the test and explore outcomes. It’s a great opportunity to use this stage of their life to introduce them to new cultures and languages, in preparation for their adult lives.

Broadening children’s horizons in the classroom is useful, both to children with English as their first language and those with EAL, as this will deepen their ability to communicate. One of the main problems that EAL speakers face in the classroom is feeling isolated from their classmates due to a language barrier, so encouraging the use of home languages at any capacity within the classroom will allow everyone to feel more united and represented.

Schools that integrate multilingualism into their classrooms will be providing monolingual children with the opportunity to learn a new language from their peers and allowing EAL speakers to feel proud of their heritage and a valued part of their class.

Multilingualism is crucial in a world where English is becoming increasingly more common, as it protects vulnerable languages from becoming extinct and helps children living in other countries to remain connected to their culture.

New Survey Shows a Strong Start for Passwordless Technology, with Nearly Half of Enterprises Using it in Some Capacity

RiseUp with ServiceNow Program to Skill One Million...

Half of UK retailers fear they will be...