Home Finance How DeFi is building new financial systems and how that could impact and benefit traditional finance in the future
Our website publishes news, press releases, opinion and advertorials on various financial organizations, products and services which are commissioned from various Companies, Organizations, PR agencies, Bloggers etc. These commissioned articles are commercial in nature. This is not to be considered as financial advice and should be considered only for information purposes. It does not reflect the views or opinion of our website and is not to be considered an endorsement or a recommendation. We cannot guarantee the accuracy or applicability of any information provided with respect to your individual or personal circumstances. Please seek Professional advice from a qualified professional before making any financial decisions. We link to various third-party websites, affiliate sales networks, and to our advertising partners websites. When you view or click on certain links available on our articles, our partners may compensate us for displaying the content to you or make a purchase or fill a form. This will not incur any additional charges to you. To make things simpler for you to identity or distinguish advertised or sponsored articles or links, you may consider all articles or links hosted on our site as a commercial article placement. We will not be responsible for any loss you may suffer as a result of any omission or inaccuracy on the website.
Finance 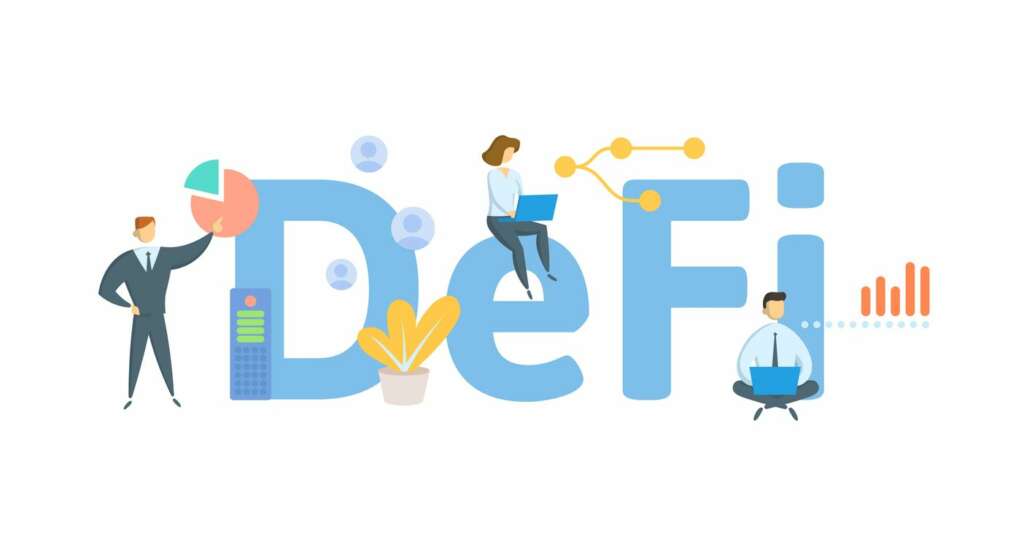 More and more of us have taken the plunge investing into assets, particularly during the pandemic. According to a study by Schwab, 15% of all US stock market participants in 2020 were first time investors. This was a booming time for asset investment and it was very hard to not make a return. The S&P500 index rose over 100% across 2 years when the pandemic hit in March 2020.

However, times have changed and the after effects of the pandemic are starting to emerge. In a world where inflation and supply chain issues are rampant, rate hikes are at the top of the federal reserve agenda and the majority of assets have declined at least 20% in value in the last few months, it became even tougher to stay on top of your assets and investments.

Many people are starting to face the reality that most of the recent rises of the last few years were not due to any kind of ability or skill. What was a financial bubble has come to an end and there is a realisation of the importance of needing thorough knowledge of financial markets and the value of effective investment and risk management systems to be a successful investor in the long term.

If you don’t know what you are looking for, it can be tough to even conceptualise the raw ingredients for success required. Something as fundamental at looking at a price and volume chart might not be considered or known as a possibility. This is a genuine limitation that some new investors experience, yet seems almost unfathomable to someone of even intermediate experience in investing.

Across asset classes such as stocks, commodities, cash and government bonds, multiple parties are required to maintain the acquisition, transferring, security and maintenance of these assets.

It’s not exactly painful and frustrating for us as investors and users of these asset classes, the internet has greatly reduced the time and physical actions that us and those behind the scenes need to carry out. But it’s also not truly efficient either.

The cost of compliance report in 2018 suggests that around $270bn is spent by financial institutions on compliance and regulation. While it’s very important that this area is well resourced for the sake of the global economy, it’s hard to resist the feeling that this could all be streamlined and greatly improved.

To many of these challenges described above, I believe that blockchain technology and the applications and industries built on top of it such as decentralized finance (DeFi) have huge potential for the future.

Blockchains have already moved from the initial “read only” mentality that bitcoin was originally created with. Execution layers exist through smart contracts – basically programs that live directly on the blockchain. As the blockchain is decentralized and trustless, its immutability means that these programs are virtually guaranteed to execute exactly as written.

Naturally the challenge with smart contracts is building robust instructions and we’ve seen some infamous loopholes discovered throughout the years. However, the industry is starting to smarten up and the rate of brand-new exploits has been declining over the 12-18 months with the majority of exploits in 2021/2022 being repeats only possible due to poor security management.

Already on the blockchain, there exists powerful financial functions such as lending, credit instruments, instant conversions of assets and hedging tools like options. We call programs of this nature part of “Decentralized Finance” because of the fact they live on the blockchain and are accessible to anyone. Many of these functions can be found and accessed in under 10 clicks – but only if you know where to look.

Decentralized Finance has the potential to bring access to a diverse range of assets and high-quality tools for users. For organisations, there lies an opportunity to bring efficient systems and act as a common layer between the traditional and new.

The fundamental properties of the blockchain provide an interesting proposition as a primary ledger for all kinds of asset management. Additionally, Non-custodianship by assigning ownership through private keys and regulating via smart contracts is possible and could remove many of the risks that organisations must fight and maintain when acting as custodians.

Furthermore, interoperability between the old, new and alternative is more valuable than ever. Onboarding traditional assets to blockchain infrastructure would allow many of the frictionless qualities of crypto assets such as speed and worldwide access to be harnessed. It’s worth mentioning that progression in this area is dependent on how well traditional legal frameworks can be adapted to accommodate the nuances of blockchain technology. Many jurisdictions don’t yet officially acknowledge blockchains as an acceptable place to use as a source of truth and records.

On the user side, investing is often a pretty solitary thing in most parts of the world. Communities and collective investing are an interesting opportunity to help individuals build knowledge, make better decisions and build up experience. Social trading has produced some interesting models such as copy-trading but there’s yet to be a solution that gets the balance between reducing exposure of participants to the whims of an individual and aligning and incentivising all parties well enough to help the greater good of the collective.

Speaking of alignment and incentive, DeFi has the potential to make automation and complex algorithms available to the masses through its global reach and scalable deployment through smart contracts. Automation can be powerful in removing some of the barriers that less experienced participants face such as limited time, knowledge gaps and emotional trading. Unfortunately, there’s yet to be a simple and proven monetisation/distribution model for algorithms to the masses and this results in owners of great algorithms having no incentive to even the playing field.

To sum up these benefits, hard coding in regulation and instructions via smart contracts could save massively on compliance costs for organisations.

For users, DeFi has the potential to become the “go to” for all kinds of asset management, allowing them  access to resources that would better prepare them and high quality tools that have the potential to reduce downside risk and optimise returns further.

There is arguably no better time for traditional finance to embrace blockchain technology and decentralized finance. Some of the scaling issues that have been regarded as a setback for blockchain are starting to disappear: Ethereum gas is at its lowest prices since the pandemic began and alternative platforms like Solana are starting to find their form in consistently delivering instant transactions at very low cost.

DeFi has begun to produce stable and reliable processes that have proved their value and demand. Powerful new business models have emerged that rebalance power and give value back to stakeholders at every level. The first 5m users in DeFi have already been onboarded, now it’s about making it easier to onboard the next 500m users.

Equally, it would be unwise to underestimate the value that traditional finance provides. Without the foundations it once pioneered, decentralized finance would be near impossible to conceive and many of the lessons learned in traditional finance throughout the years would be yet uncovered.

Adding stability into the innovation and adding innovation to the stable will give us the best possible foundation for the future and for even further progression to emerge.