Home News Italy aims to pick preferred bidder for ITA Airways this month
Our website publishes news, press releases, opinion and advertorials on various financial organizations, products and services which are commissioned from various Companies, Organizations, PR agencies, Bloggers etc. These commissioned articles are commercial in nature. This is not to be considered as financial advice and should be considered only for information purposes. It does not reflect the views or opinion of our website and is not to be considered an endorsement or a recommendation. We cannot guarantee the accuracy or applicability of any information provided with respect to your individual or personal circumstances. Please seek Professional advice from a qualified professional before making any financial decisions. We link to various third-party websites, affiliate sales networks, and to our advertising partners websites. When you view or click on certain links available on our articles, our partners may compensate us for displaying the content to you or make a purchase or fill a form. This will not incur any additional charges to you. To make things simpler for you to identity or distinguish advertised or sponsored articles or links, you may consider all articles or links hosted on our site as a commercial article placement. We will not be responsible for any loss you may suffer as a result of any omission or inaccuracy on the website.
News 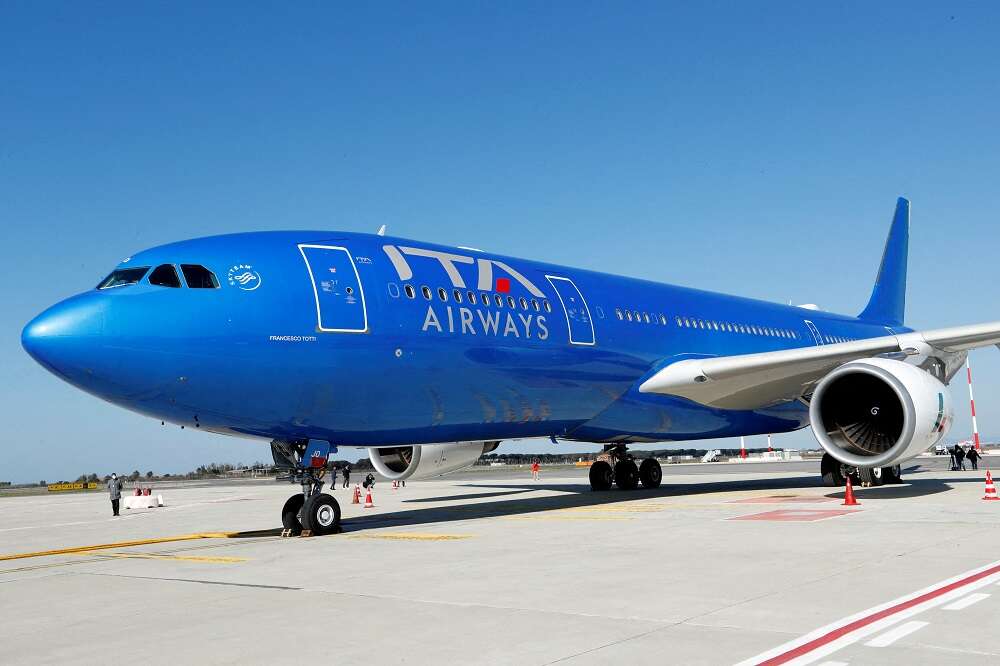 By Francesco Zecchini and Giuseppe Fonte

MILAN (Reuters) – Italy’s outgoing government is pressing ahead with plans to sell a majority stake in ITA Airways and hopes to choose its preferred bidder by the end of the month, three sources with knowledge of the matter told Reuters.

The government had aimed to complete the part-privatisation of the successor to Alitalia over the summer, but asked the two rival consortia to review their initial offers as it deemed they did not meet its goals. They have until midnight (2200 GMT) on Monday to do so.

Shipping group MSC and Germany’s Lufthansa are facing a rival bid led by U.S. private equity fund Certares and which is backed by Air France-KLM and Delta Air Lines Inc.

Prime Minister Mario Draghi’s government wants to sign a preliminary agreement with the preferred bidder by Sept. 10, the sources said.

However, any deal would probably close in the final quarter of the year by which time Italy should have a new government after a national election on Sept. 25, potentially complicating the issue further.

MSC and Lufthansa are offering between 850 million euros ($847 million) and 900 million euros for an 80% stake, one of the sources told Reuters. MSC would buy a 60% stake while the German airline would have a 20% stake.

The Italian Treasury wants to retain an important influence on ITA’s strategy and jobs, the same source added.

In the case of Certares, the fund is offering around 600 million euros for about 60% of ITA.

According to a fourth source, its proposal would leave the Italian Treasury with “at least” a 40% stake and the right to appoint the company’s chairman and exercise a veto on certain “strategic choices.”

(Additional reporting by Francesca Landini in Milan and Ilona Wissenbach in Frankfurt; Writing by Keith Weir; Editing by Mike Harrison)