Home News Italy’s right-wing parties seen winning power – exit polls
Our website publishes news, press releases, opinion and advertorials on various financial organizations, products and services which are commissioned from various Companies, Organizations, PR agencies, Bloggers etc. These commissioned articles are commercial in nature. This is not to be considered as financial advice and should be considered only for information purposes. It does not reflect the views or opinion of our website and is not to be considered an endorsement or a recommendation. We cannot guarantee the accuracy or applicability of any information provided with respect to your individual or personal circumstances. Please seek Professional advice from a qualified professional before making any financial decisions. We link to various third-party websites, affiliate sales networks, and to our advertising partners websites. When you view or click on certain links available on our articles, our partners may compensate us for displaying the content to you or make a purchase or fill a form. This will not incur any additional charges to you. To make things simpler for you to identity or distinguish advertised or sponsored articles or links, you may consider all articles or links hosted on our site as a commercial article placement. We will not be responsible for any loss you may suffer as a result of any omission or inaccuracy on the website.
News 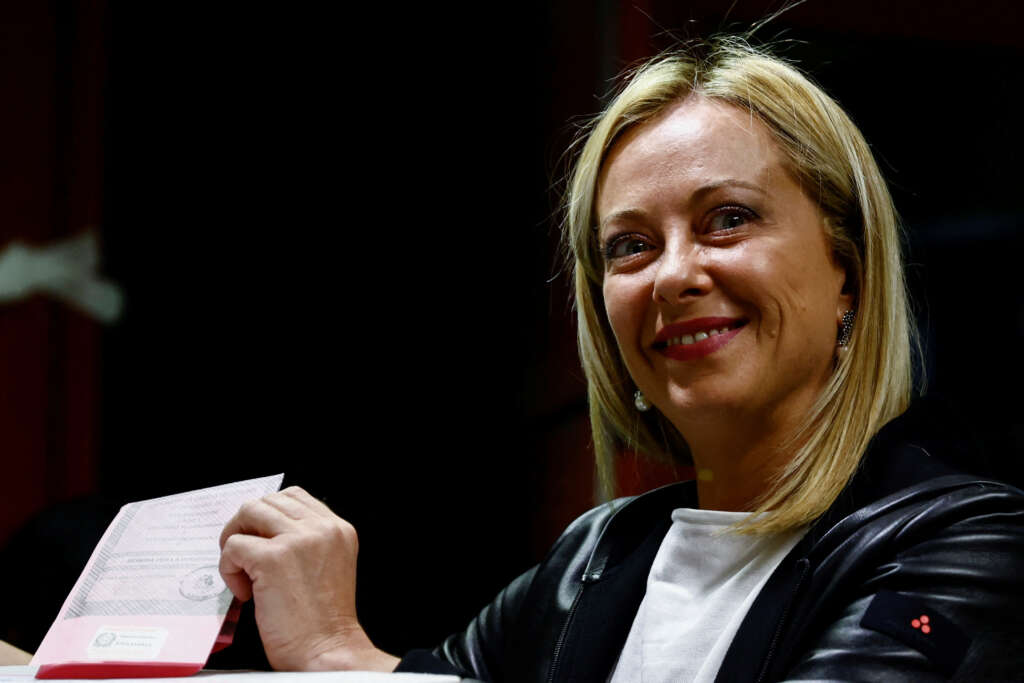 ROME (Reuters) – A right-wing alliance led by Giorgia Meloni’s Brothers of Italy party looks set to win a majority in the next parliament, exit polls said on Sunday after voting ended in an Italian national election.

An exit poll for state broadcaster RAI said the bloc of conservative parties, that also includes Matteo Salvini’s League and Silvio Berlusconi’s Forza Italia party, won between 41 and 45%, enough to guarantee control of both houses of parliament.

Italy’s electoral law favours groups that manage to create pre-ballot pacts, giving them an outsized number of seats by comparison with their vote tally. Full results are expected by early Monday.