Our website publishes news, press releases, opinion and advertorials on various financial organizations, products and services which are commissioned from various Companies, Organizations, PR agencies, Bloggers etc. These commissioned articles are commercial in nature. This is not to be considered as financial advice and should be considered only for information purposes. It does not reflect the views or opinion of our website and is not to be considered an endorsement or a recommendation. We cannot guarantee the accuracy or applicability of any information provided with respect to your individual or personal circumstances. Please seek Professional advice from a qualified professional before making any financial decisions. We link to various third-party websites, affiliate sales networks, and to our advertising partners websites. When you view or click on certain links available on our articles, our partners may compensate us for displaying the content to you or make a purchase or fill a form. This will not incur any additional charges to you. To make things simpler for you to identity or distinguish advertised or sponsored articles or links, you may consider all articles or links hosted on our site as a commercial article placement. We will not be responsible for any loss you may suffer as a result of any omission or inaccuracy on the website.
Home Business Lack of digital skills is jeopardising UK business growth, AND Digital reveals 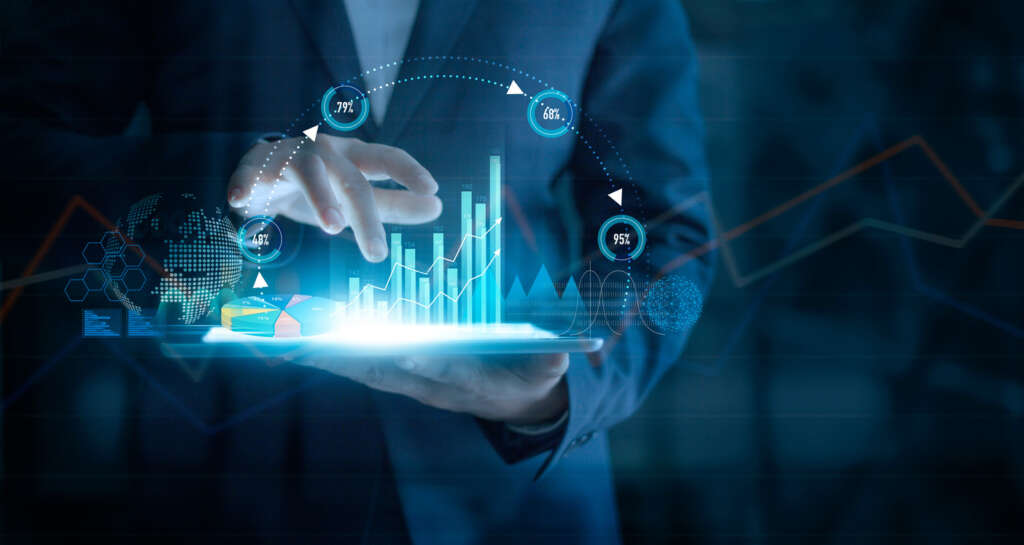 LONDON, UK – Tuesday 4th October 2022, 8AM GMT – Digital services company AND Digital has today released its The Nature of the Digital Skills Gap report, which reveals that over half (61%) of business growth depends on digital outcomes, with most (81%) managing directors admitting that a lack of digital skills is having a negative impact on their organisation already. Based on AND Digital’s estimations, this equates to £50bn per year across the UK economy, and more than £240bn between now and 2026.*

These findings are alarming, with over a quarter (27%) of businesses attributing employee churn, a loss of talent, or difficulty attracting talent to a lack of digital skills. Critically, over a fifth (22%) admit it has impacted their ability to hit business targets, made them lose customers or key business opportunities. Yet, this issue is compounded by the fact that almost over half (58%) workers admit they have not received digital upskilling from their employer.

The research commissioned by AND Digital, which surveyed 5,000 UK workers who use technology in their roles, analysed the digital skills capabilities at an individual, team and organisational level. Overall, it highlights that urgent action to digitally upskill the UK’s workforce could help its chance of economic recovery.

Workers are not receiving adequate upskilling to meet required growth

AND Digital found that over a quarter (27%) of workers surveyed feel they lack sufficient digital skills for their current role, but almost a quarter (22%) of organisations do not offer digital skills upskilling. Of those employers that do prioritise upskilling, half (52%) of employees believe their organisation only sees it as a worthwhile investment for obvious tech-focused roles.

A widespread misunderstanding exists of what digital skills means

A widespread misunderstanding of what digital skills actually means presents a further  barrier to closing the gap. Over a third (35%) of respondents believe it means the ability to fix IT issues. Similarly, almost half of respondents (47%) believe digital skills means either the ability to code and programme, build a website or create mobile/computer applications. Skills such as constantly evolving the way they work to keep up with innovation (34%) and being experimental in their role using digital tools (26%) came further down the list.

Paramjit Uppal, Founder and CEO, AND Digital, said: “Digital skills mean so much more than just technical skills. It also includes professional skills, such as product and delivery management, and soft, human skills such as empathy, creativity and teaming. Individuals and teams with such skills are vital in creating a digital future, and for businesses to see continued growth and success.”

Despite the misunderstanding of what digital skills means,  as well as a lack of current digital training, there is a certain appetite for upskilling. Half (49%) of respondents stated that improving their digital skills is essential for their career progression – whether that’s earning more or performing better in their role. But workplace perceptions present a barrier, with four in 10 (42%) of workers feeling daunted by the prospect of digital upskilling and not feeling comfortable bringing it up with their employer.

A lack of digital skills growth is directly impacting career progression, with six in 10 (58%) people saying they have been affected negatively by a lack of digital skills. Almost a third (29%) say it has meant being turned down from either pay rises, promotions or not putting themselves forward for promotion. One fifth (20%) say it has stopped them from applying for a certain job and 16% have felt they either had to quit their jobs or leave their industry.

Paramjit Uppal, Founder and CEO, AND Digital, said: “Despite the digital skills gap discussion persisting for over a decade, UK organisations are still failing to sufficiently upskill employees, and it is directly impacting business and wider economic growth. This is because we have not come to a shared understanding of what the skills gap is or what digital skills means – this needs to be done to move forward and close the gap.

“In the next three years, AND Digital estimates the UK workforce will require eight million individuals proficient in digital skills to close the gap. A number which even the most effective recruitment teams will struggle with. This means organisations must prioritise digital upskilling – ensuring individuals, teams and organisations as a whole are fit for a digital present and future, and helping to prevent economic stagnation.”