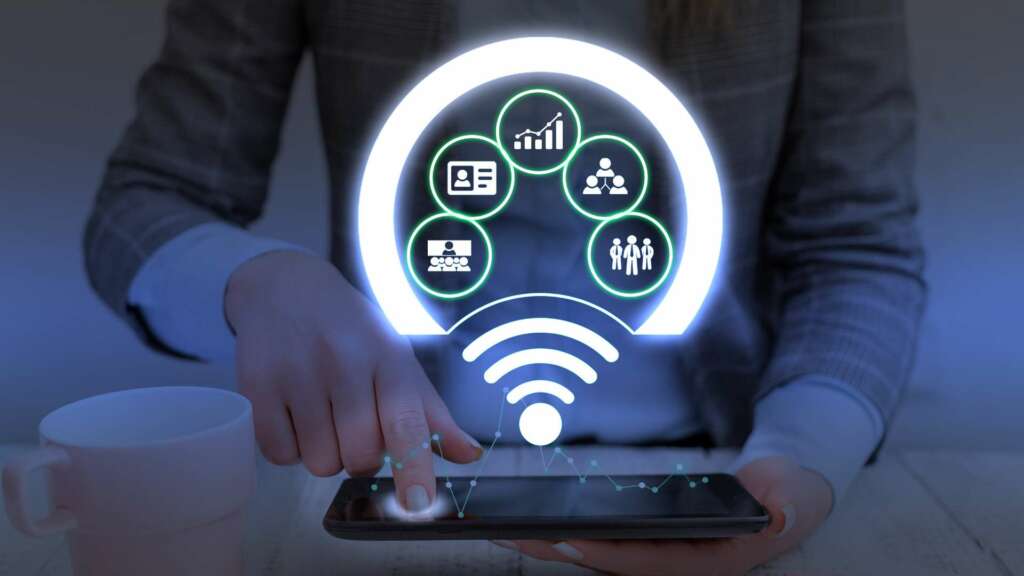 Moving on from technology disruption

Clayton Christensen introduced the theory of disruptive innovation in 1995. It describes a very specific, bottom-up, process of technology-driven innovation whereby a new technology can disrupt an entire incumbent industry. The process starts by finding a group of non-consumers of a particular solution and offering them a more affordable, but sub-standard product based on a new, not yet mature, technology. This allows the new technology to scale under the radar of the incumbent industry until it rivals the incumbent’s performance at much lower cost and “suddenly” disrupts the entire market. The process is fueled by a combustible mixture of young technology professionals and venture capital.

Companies have since learned to deal with this process by adapting their innovation organization. Since the process was uncovered, companies created open innovation programs, tech scouting departments, and have invested in potential disruptors through corporate venturing. The threat of disruptive innovation has been embraced as an opportunity, encapsulated in the organization, and thereby largely neutralized. All this transformed innovation from a largely corporate R&D-driven activity to a profession of its own with a diverse set of tools and management methodologies of which corporate R&D is just one.

Enter the age of system transformation

Disruptive innovation is driven by unmet consumer needs. The opportunity for a new technology to enter the market and scale is created by a latent desire at the consumer level. This desire creates a business case that’s unattractive, seemingly too small, to the incumbents but still a positive business case.

Recently, let’s say since 2015, another type of potential disruption presented itself: system transformation. In this case, the technology innovation is driven by system needs: a desire or urgent need to change the dynamics at the macro-economic level. Examples of such urgent needs abound. We’re dealing with the energy transition, the transition to a circular economy, the transition to alternative proteins, the digital transformation, the (re)introduction of regenerative agriculture, and the list goes on.

Compared to “classical” disruption, these transitions present equal, if not better, opportunities to introduce technology innovations and thus gain a decisive competitive advantage. However, the mechanism is very different. System transformation requires companies to evaluate new opportunities in the context of non-existent, future, and post-transition macro-economic conditions. The disruption happens because the new technology creates a new economic reality that is disadvantageous for the incumbent. However, before that reality exists, the new technology doesn’t have a positive business case yet. Investing in new technology is a leap of faith in the transition.

A good example is the introduction of solar PV. At the start of the century, solar power was much more expensive than coal-fired power. However, governments forced a system change by supporting the introduction of solar power at scale. As the industry scaled, it became much cheaper and at the same time, the new reality made coal-fired power more expensive because it struggles to respond to the intermittent nature of solar power. Decisions to invest in coal-fired power plants that seemed perfectly valid in 2012, turn out to be disastrous today, resulting in expensive stranded assets.

The common denominator in all these transitions is that the world economy is hitting global system boundaries, as argued in the 1972 report “Limits to growth.” An exponentially growing economy inevitably exhausts its resources and when it does, it risks sudden and dramatic collapse. This is a fundamental law of systems theory. To prevent the collapse, the system configuration itself must change and that’s what all these transitions are about.

The COVID-19 pandemic instilled a new confidence and self-awareness in governments throughout the world. While lockdowns froze the economy, government compensation took over and governments found themselves not just fixing market failures but owning and creating markets.

At the same time, economists, led by Mariana Mazzucato, started to revise the role of government in technology innovation. Mazzucato argues that governments have played a key role in the early development of technology that changed the world. To create a successful innovative economy, it is not sufficient for governments to limit their role to fixing market failures. The government must actively strive for system change and actively create and shape markets.

The urgent need to change our economy at the system level, the newly found self-confidence of governments as crisis managers and the supporting economic theory now converge to create an entirely new innovation dynamic: top-down system transition.

Innovation driven by system transition is still driven by unmet needs, except these needs no longer occur at the level of the individual consumer. These are unmet societal needs. The government acts as a focal point where those needs materialize and become articulated. As a result, the government is no longer reactive in trying to regulate innovations after the fact, such as with the internet. The government now sets ambitious and prescriptive targets for which solutions are lacking.

This is a completely new scenario that never existed before in this scope and with this urgency. The only other times when the government drove innovation like this was in times of (cold) war with the Manhattan project or the moon landings.

Innovations that provide solutions can expect a most welcoming reception with regulation and incentives to further the development, deployment and scaling of these innovations. One example where this already happened is electric mobility. This was a classic, underperforming, innovation just 12 years ago with the cars having limited range and being too expensive. However, it helped solve two important societal issues: air pollution and climate change. As a result, it received unprecedented government support which helped it to completely disrupt the car industry.

The key to innovation success in system transitions is to identify the key problems to solve and then to work in public – private partnership with the government to scale the solutions.

The problems to solve

Innovation driven by system transition starts by identifying emerging problems that require system solutions and then find the technologies that help you solve them. Many of these technologies may not even be that emerging. You need to dust off your old inventory of ideas. Many of the ideas you discarded five years ago may well be worth a second look when viewed from through the lens of the post-transition economy.

For inspiration: here’s a list of some of those emerging problems that still require innovative solutions:

The list is certainly not exhaustive; you’re welcome to suggest and add your own opportunities to it. The solutions can be new and emerging technologies. In many cases however, they can also be a revival of old ideas. Industrial heat and long duration energy storage, for example, can both the solved using compressed air energy storage, an innovation from the 1980s.

This then provides us with the first contours of the innovation process you need to build in response to this new challenge of system transition. It starts by keeping track of a list of problems that have a high priority in society and no obvious solution yet. This list should be granular. Just “solving climate change” doesn’t help you define your product. A specific issue on the roadmap to climate neutrality does. For example, “decarbonizing marine transportation” will help to ideate about solutions.

Next you need to assess the potential of solutions that you come up with. We like to use the concept of weak signals here. A weak signal is an actual project, usually small, that already tries something like the solution you’re thinking of. You evaluate that development and imagine how it could scale. If that looks good, you probably have a solution worth exploring.

Finally, you need to rally broad support for the solution by creating a consortium of corporate and government actors around it. The hydrogen hubs that are currently forming in the US are a good example of how to do this.

The future of innovation management

Just like the response to disruptive innovation triggered substantial professionalization and expansion of innovation, this system transition development will also require companies to evolve their innovation functions. In addition to monitoring emerging technology, you’ll need to monitor emerging bottlenecks in the various transitions and you’ll need to build networks to quickly respond to those bottlenecks. The response to those bottlenecks requires you to continuously evaluate opportunities through the lens of the current economic context and through the lens of the future, post-transition, economic context. A good business case in the current context may prove to be a bad business case in the post-transition context and vice versa. Dealing with that ambiguity is the most important and urgent puzzle for any chief innovation officer to solve today.

Sopra Steria and OVHcloud expand their partnership to...

Social Media Pixels Are The Evolutionary Successor To...

Britain’s IT infrastructure fails to serve 1 in 4 hybrid...

July 13, 2022
Editorial & Advertiser disclosureEditorial & Advertiser disclosureOur website provides you with information, news, press releases, Opinion and advertorials on various financial products and services. This is not to be considered as financial advice and should be considered only for information purposes. We cannot guarantee the accuracy or applicability of any information provided with respect to your individual or personal circumstances. Please seek Professional advice from a qualified professional before making any financial decisions. We link to various third party websites, affiliate sales networks, and may link to our advertising partners websites. Though we are tied up with various advertising and affiliate networks, this does not affect our analysis or opinion. When you view or click on certain links available on our articles, our partners may compensate us for displaying the content to you, or make a purchase or fill a form. This will not incur any additional charges to you. To make things simpler for you to identity or distinguish sponsored articles or links, you may consider all articles or links hosted on our site as a partner endorsed link.