Home News Marcos, son of strongman, triumphs in Philippines presidential election
Our website publishes news, press releases, opinion and advertorials on various financial organizations, products and services which are commissioned from various Companies, Organizations, PR agencies, Bloggers etc. These commissioned articles are commercial in nature. This is not to be considered as financial advice and should be considered only for information purposes. It does not reflect the views or opinion of our website and is not to be considered an endorsement or a recommendation. We cannot guarantee the accuracy or applicability of any information provided with respect to your individual or personal circumstances. Please seek Professional advice from a qualified professional before making any financial decisions. We link to various third-party websites, affiliate sales networks, and to our advertising partners websites. When you view or click on certain links available on our articles, our partners may compensate us for displaying the content to you or make a purchase or fill a form. This will not incur any additional charges to you. To make things simpler for you to identity or distinguish advertised or sponsored articles or links, you may consider all articles or links hosted on our site as a commercial article placement. We will not be responsible for any loss you may suffer as a result of any omission or inaccuracy on the website.
News 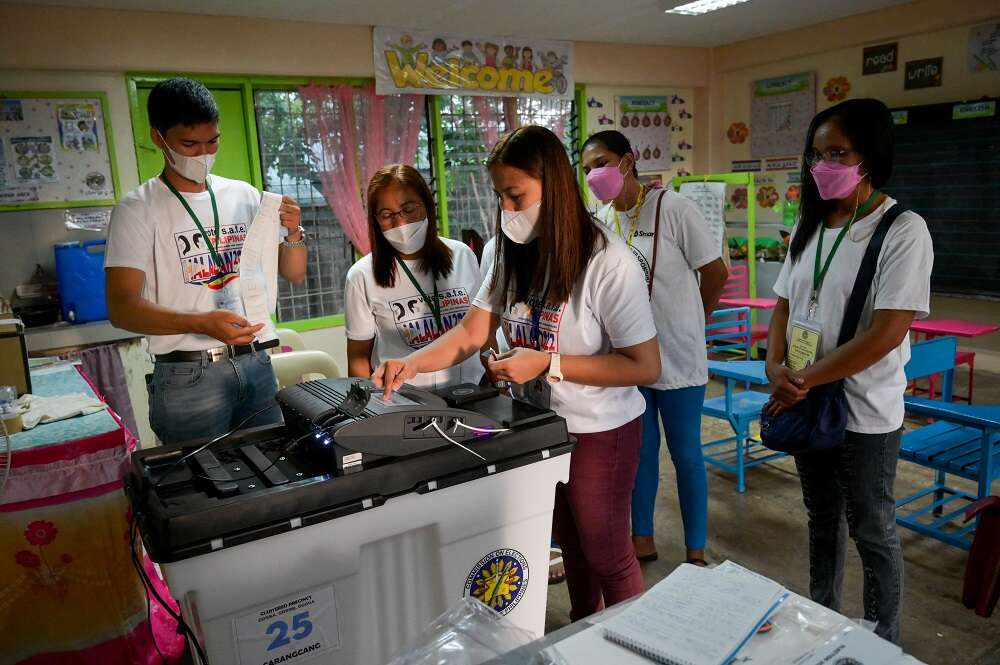 MANILA, (Reuters) -Ferdinand Marcos Jr clinched a stunning runaway victory in the Philippines’ presidential election on Monday in the first win by a majority since a 1986 revolution that toppled his late father’s two-decade dictatorship.

An unofficial tally showed Marcos, popularly known as “Bongbong”, had surpassed the 27.5 million votes needed for a majority, setting the stage for a once unthinkable return to rule of the Marcos family, 36 years after its humiliating retreat into exile during a “people power” uprising.

“I hope you won’t get tired of trusting us,” Marcos told supporters in remarks streamed on Facebook, a platform at the core of his political strategy.

“We have plenty of things to do,” he said, adding “an endeavour as large as this does not involve one person.”

Marcos Jr had 29.9 million votes, double that of Leni Robredo, the vice president, with 93.8% of the eligible ballots counted, according to the unofficial Commission on Elections (COMELEC) tally. Turnout was about 80%.

An official result is expected around the end of the month.

Despite its fall from grace, the Marcos family returned from exile in the 1990s and has remained a powerful force in Philippine politics, retaining its influence with vast wealth and far-reaching connections.

Marcos Jr has served as a governor, congressman and senator, his sister, Imee, is currently a senator and mother Imelda, the influential power-broker and widow of the late dictator, served four terms in congress. Marcos Jr’s son Ferdinand Alexander was poised to win a seat in congress on Monday.

Marcos, 64, has presented no real policy platform, campaigning on a simple but ambiguous message of unity.

His six-year presidency is expected to provide continuity from outgoing leader Rodrigo Duterte, whose ruthless, strongman approach proved popular and helped him to consolidate power rapidly.

Analysts expect Marcos to focus on completing Duterte’s multi-billion-dollar infrastructure upgrade and to seek close ties with China, but some say existing problems of corruption and nepotism in the Philippines could worsen.

A major boon for Marcos was him securing the president’s daughter, Sara Duterte-Carpio, as his running mate, tapping her father’s vast support and helping Marcos to make inroads in new voter territory. The unofficial count showed Duterte-Carpio had won the vice presidency with more than triple the votes of her nearest opponent.

Marcos was criticised for skipping presidential debates and made few media appearances during the campaign, enabling him to limit scrutiny and control his message via a network of influencers and bloggers granted broad access to his events.

Monday’s outcome demonstrates the huge impact of a sophisticated social media operation aimed at younger Filipinos born after the revolution, and a proliferation of misinformation challenging historical accounts of the Marcos martial law era.

His camp insists it has not engaged in disinformation.

The Marcos family lived famously opulent lifestyles, but denies siphoning off billions of dollars of state wealth while at the helm of what historians consider one of Asia’s most notorious kleptocracies. Many of Marcos Jr’s supporters are convinced those past narratives of the former first family were lies peddled by his opponents.

As the votes poured in, supporters outside the Marcos campaign headquarters jumped, waved flags and chanted “Marcos, Marcos, Marcos” ecstatically.

“We are very happy because of his wide lead… unity really prevailed,” said Melai Ilagan, 20.

“Bongbong Marcos’s wish that we all unite is becoming a reality.”

Though Marcos refrained from giving a victory speech, his son, Ferdinand, said it was time to revel in their win.

“We should celebrate because I can say we already won,” he told supporters. “Let us make true the promise of BBM, we will all rise again,” he said, referring to his father.

The win avenges Marcos Jr’s loss to Robredo in the 2016 vice presidential election, a narrow defeat by just 200,000 votes that Marcos fought unsuccessfully to overturn.

In a clear swipe at Marcos, Robredo urged supporters to keep up the fight for the truth.

“We have many more things to fight for. Do not let go,” she told a news conference.

“Keep standing. Insist on the truth. It took time to build the structures of lies. We have time and opportunity to fight and dismantle these.”

About 65 million Filipinos were eligible to cast ballots for the president, vice president, legislative seats and thousands of local posts from governors to city mayors and councillors.

COMELEC said the election was relatively peaceful, with 15 security incidents, including three killings of security personnel in a region prone to political violence.

A high turnout caused long queues at polling centres, exacerbated in some areas by malfunctions in 533 of the 106,000 counting machines.

The National Union of People’s Lawyers, whose members include victims of persecution under Marcos senior’s martial law era, said the election was beyond comprehension and took aim at what it said was Marcos’s historical revisionism.

“Fact can really be stranger than fiction. Or to be more precise, fiction can be repackaged into fact,” it said in a statement.

“We shall carry on the fight even more intensely and await our redemption from this resurrected nightmare.”

Explainer-Why is Bank of England acting again? What...