Home News New U.S. sanctions for Russian bank, oligarchs, crypto miner BitRiver
Our website publishes news, press releases, opinion and advertorials on various financial organizations, products and services which are commissioned from various Companies, Organizations, PR agencies, Bloggers etc. These commissioned articles are commercial in nature. This is not to be considered as financial advice and should be considered only for information purposes. It does not reflect the views or opinion of our website and is not to be considered an endorsement or a recommendation. We cannot guarantee the accuracy or applicability of any information provided with respect to your individual or personal circumstances. Please seek Professional advice from a qualified professional before making any financial decisions. We link to various third-party websites, affiliate sales networks, and to our advertising partners websites. When you view or click on certain links available on our articles, our partners may compensate us for displaying the content to you or make a purchase or fill a form. This will not incur any additional charges to you. To make things simpler for you to identity or distinguish advertised or sponsored articles or links, you may consider all articles or links hosted on our site as a commercial article placement. We will not be responsible for any loss you may suffer as a result of any omission or inaccuracy on the website.
News 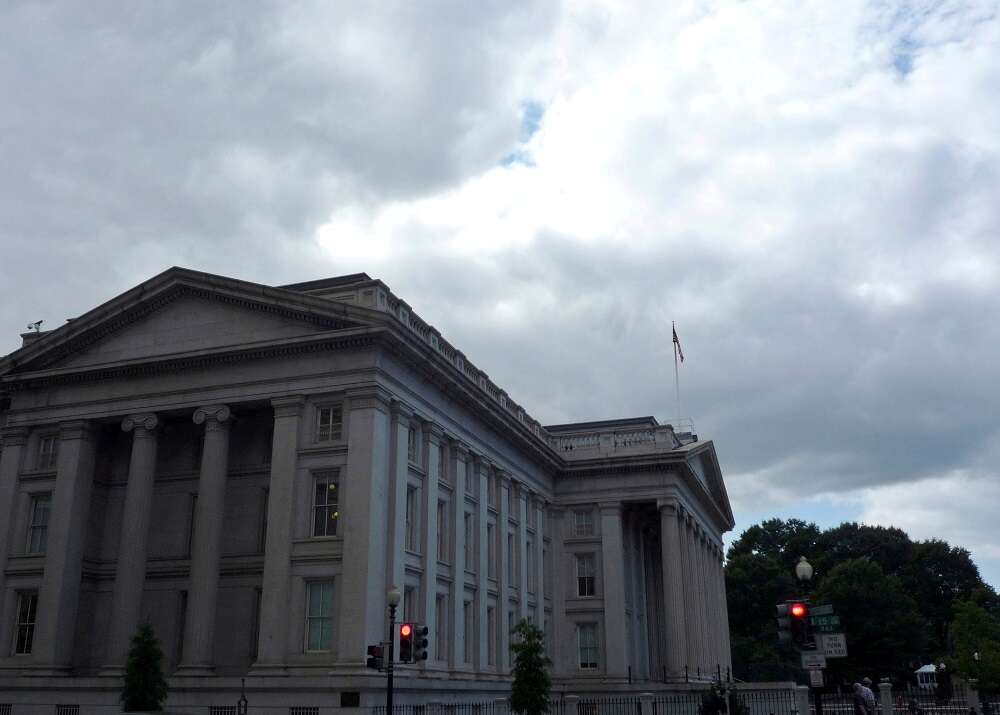 By Daphne Psaledakis and David Brunnstrom

WASHINGTON (Reuters) -The United States on Wednesday imposed sanctions on dozens of people and entities, including a Russian commercial bank and a virtual currency mining company, hoping to target Moscow’s evasion of existing sanctions over Russia’s invasion of Ukraine.

The U.S. Treasury Department said it designated a virtual currency mining company for the first time, alongside more than 40 people and entities led by U.S.-designated Russian oligarch Konstantin Malofeyev.

“Treasury can and will target those who evade, attempt to evade, or aid the evasion of U.S. sanctions against Russia, as they are helping support Putin’s brutal war of choice,” Treasury under secretary for terrorism and financial intelligence, Brian Nelson, said in a statement.

The Russian Embassy in Washington did not immediately respond to a request for comment.

The United States and its allies have imposed several rounds of sanctions https://graphics.reuters.com/UKRAINE-CRISIS/SANCTIONS/byvrjenzmve on Moscow since its Feb. 24 invasion of Ukraine, including targeting the country’s largest lenders and Putin himself.

The Treasury also put sanctions on Russian commercial bank Transkapitalbank, whose representatives it said serve several banks in Asia, including in China, and the Middle East, and have suggested options to evade international sanctions.

Its subsidiary, Investtradebank, was also designated.

Wednesday’s action freezes any U.S. assets of those designated and generally bars Americans from dealing with them.

But Washington issued two general licenses related to Transkapitalbank alongside the sanctions, authorizing the wind down of dealings with the bank until May 20 and certain transactions destined for or originating from Afghanistan until Oct. 20 “in support of efforts to address the humanitarian crisis.”

The United States also imposed additional sanctions on Russian oligarch Malofeyev, whom U.S. authorities have long accused of being one of the main sources of financing for Russians promoting separatism in Crimea. He was first designated under the Obama administration in 2014 when Russia annexed Crimea.

Earlier this month, the U.S. Justice Department charged Malofeyev with violating sanctions imposed on Russia after its invasion of Ukraine.

“The United States will work to ensure that the sanctions we have imposed, in close coordination with our international partners, degrade the Kremlin’s ability to project power and fund its invasion,” Nelson said.

The U.S. State Department is also imposing visa restrictions on over 600 people in a bid to promote accountability for human rights abuses and violations, U.S. Secretary of State Antony Blinken said in a statement, barring them from traveling to the United States.

“We will use every tool to promote accountability for human rights abuses and violations of international humanitarian law in Ukraine,” Blinken said.