Home News Nobel medicine prize goes to explorer of ancient DNA
Our website publishes news, press releases, opinion and advertorials on various financial organizations, products and services which are commissioned from various Companies, Organizations, PR agencies, Bloggers etc. These commissioned articles are commercial in nature. This is not to be considered as financial advice and should be considered only for information purposes. It does not reflect the views or opinion of our website and is not to be considered an endorsement or a recommendation. We cannot guarantee the accuracy or applicability of any information provided with respect to your individual or personal circumstances. Please seek Professional advice from a qualified professional before making any financial decisions. We link to various third-party websites, affiliate sales networks, and to our advertising partners websites. When you view or click on certain links available on our articles, our partners may compensate us for displaying the content to you or make a purchase or fill a form. This will not incur any additional charges to you. To make things simpler for you to identity or distinguish advertised or sponsored articles or links, you may consider all articles or links hosted on our site as a commercial article placement. We will not be responsible for any loss you may suffer as a result of any omission or inaccuracy on the website.
News 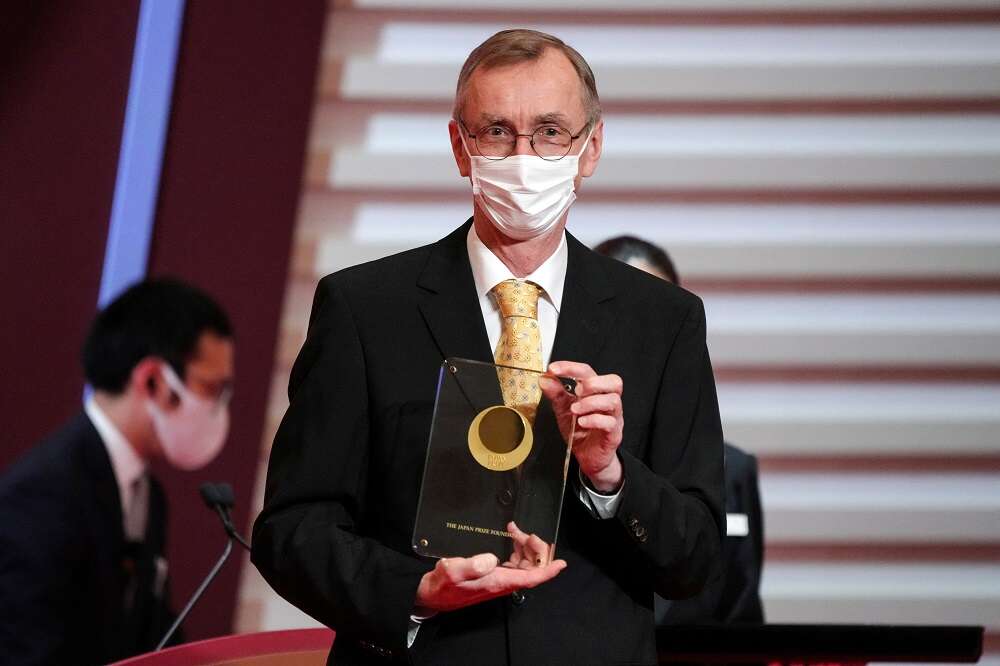 STOCKHOLM/LONDON (Reuters) -Swedish geneticist Svante Paabo won the 2022 Nobel Prize in Physiology or Medicine on Monday for discoveries that underpin our understanding of how modern day humans evolved from extinct ancestors.

Paabo, director at the Max Planck Institute for Evolutionary Anthropology in Leipzig, Germany, won the prize for “discoveries concerning the genomes of extinct hominins and human evolution,” the Award committee said.

Paabo was “overwhelmed” and “very happy”, said Thomas Perlmann, secretary for the Nobel Committee for Physiology or Medicine, after calling the scientist with the news.

Paabo, 67, said he thought the call from Sweden was something to do his summer house there.

“So I was just gulping down the last cup of tea to go and pick up my daughter at her nanny where she has had an overnight stay,” Paabo said in a audio recording posted on the Nobel website.

“And then I got this call from Sweden and I of course thought it had something to do with our little summer house in Sweden … I thought the lawn mower had broken down or something.”

Asked if he thought he would get the award, he said: “No, I have received a couple of prizes before but I somehow did not think that this really would qualify for a Nobel Prize.”

Paabo, son of a Nobel Prize-winning biochemist, has been credited with transforming the study of human origins after developing ways to allow for the examination of DNA sequences from archaeological and paleontological remains reaching back to the dawn of human history.

Not only did he help uncover the existence of a previously unknown human species called the Denisovans, from a 40,000-year-old fragment of a finger bone discovered in Siberia, his crowning achievement is considered to be the methods developed to allow for the sequencing of an entire Neanderthal genome.

This research, which showed that certain genes of Neanderthal origin are preserved in the genomes of people today, was once considered impossible, given that Neanderthal DNA on bones has shrivelled up over thousands of years into short fragments that have to be assembled like a gigantic puzzle, and are also heavily contaminated with microbial DNA.

“This ancient flow of genes to present-day humans has physiological relevance today, for example affecting how our immune system reacts to infections,” the Nobel Committee said in a statement on Monday.

The prize, among the most prestigious in the scientific world, is awarded by the Nobel Assembly of Sweden’s Karolinska Institute and is worth 10 million Swedish crowns ($900,357).

It is the first of this year’s batch of prizes.

Born in Stockholm, Paabo studied medicine and biochemistry at Uppsala University before creating a scientific discipline called “paleogenomics”, which helped shed light on the genetic differences that distinguish living humans from extinct hominins.

“His discoveries provide the basis for exploring what makes us uniquely human,” the Committee said.

“A scientist who helps us to better understand our own species – and is rightly recognized for it today,” German education and research Minister Bettina Stark-Watzinger tweeted on Monday.

Created in the will of Swedish dynamite inventor and wealthy businessman Alfred Nobel, the prizes for achievements in science, literature and peace have been awarded since 1901, though the economics prize is a later addition.

The COVID-19 pandemic has placed medical research centre stage with many expecting that the development of the vaccines that have allowed the world to regain some sense of normality may eventually be rewarded.

Still, it typically takes many years for any given research to be honoured, with the committees charged with picking the winners looking to determine its full value with some certainty amongst what is always a packed field of contenders.

When asked why the prize was not awarded to advances in combating COVID, Perlmann said it was a good question he was not going to answer.

“We only talk about people who are getting the Nobel Prize and not those who are not receiving or not received them yet.”

However, Paabo’s ancient forensics work did offer insight on why some people are at higher risk of severe COVID.

In 2020, a report from Paabo and colleagues found that a gene variant inherited by modern humans from Neanderthals when they interbred some 60,000 years ago, made those that carry the variant more likely to require artificial ventilation if infected by the COVID-causing virus.

“We can make an average gauge of the number of the extra deaths we have had in the pandemic due to the contribution from the Neanderthals. It is quite substantial, it’s more than one million extra individuals who have died due to this Neanderthal variant that they carry,” Paabo said in 2022 lecture.

Paabo’s most cited paper in the Web of Science was published in 1989, with 4,077 citations, said David Pendlebury, from UK-based scientific data analytics provider Clarivate.

Clearly the Nobel Assembly decided this revolutionary research in genetics and evolution fell within the range of topics that should be recognized, he added.

“It is, however, not an award for a discovery relevant to clinical medicine, which many anticipated this year after a Nobel Prize focusing on physiology last year.”

Past winners in the field include a string of famous researchers, notably Alexander Fleming, who shared the 1945 prize for the discovery of penicillin, and Robert Koch, who won already in 1905 for his investigations of tuberculosis.

(Reporting by Niklas Pollard, Simon Johnson in Stockholm and Natalie Grover in London; additional reporting by Terje Solsvik in Oslo, Anna Ringstrom in Stockholm, and Marie Mannes in Gdansk, Editing by William Maclean)

Factbox-The UK’s top tax rate – what is it and why does it matter?

IKEA’s home deliveries will be fully electric by 2025 – CEO