Home News Oil prices recoup early losses on China hopes, global supply fears
Our website publishes news, press releases, opinion and advertorials on various financial organizations, products and services which are commissioned from various Companies, Organizations, PR agencies, Bloggers etc. These commissioned articles are commercial in nature. This is not to be considered as financial advice and should be considered only for information purposes. It does not reflect the views or opinion of our website and is not to be considered an endorsement or a recommendation. We cannot guarantee the accuracy or applicability of any information provided with respect to your individual or personal circumstances. Please seek Professional advice from a qualified professional before making any financial decisions. We link to various third-party websites, affiliate sales networks, and to our advertising partners websites. When you view or click on certain links available on our articles, our partners may compensate us for displaying the content to you or make a purchase or fill a form. This will not incur any additional charges to you. To make things simpler for you to identity or distinguish advertised or sponsored articles or links, you may consider all articles or links hosted on our site as a commercial article placement. We will not be responsible for any loss you may suffer as a result of any omission or inaccuracy on the website.
News 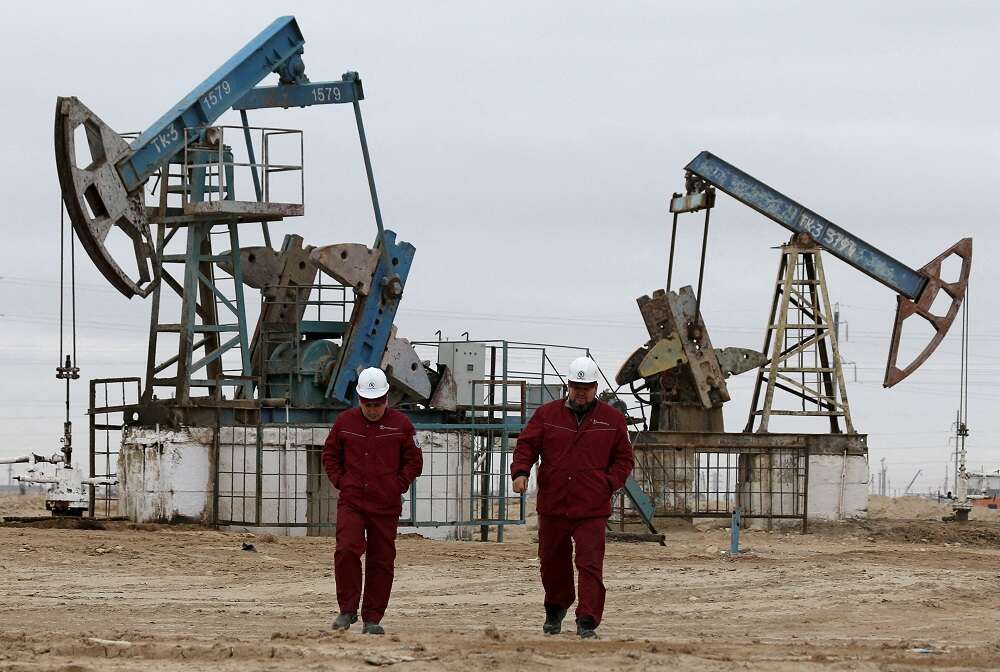 By Yuka Obayashi and Florence Tan

Front-month prices for both benchmarks fell about 2.5% on Wednesday.

“A slump in Wall Street soured sentiment in early trade as it underlined concerns over weakening consumption and fuel demand,” said Satoru Yoshida, a commodity analyst with Rakuten Securities. [MKTS/GLOB]

“Still, oil markets are keeping a bullish trend as a pending import ban by the European Union on Russian crude is expected to further tighten global supply,” Yoshida said.

The European Union this month proposed a new package of sanctions against Russia for its invasion of Ukraine. This would include a total ban on oil imports in six months’ time, but the measures have not yet been adopted, with Hungary being among the most vocal critics of the plan.

The European Commission unveiled on Wednesday a 210 billion euro ($220 billion) plan for Europe to end its reliance on Russian fossil fuels by 2027, and to use the pivot away from Moscow to quicken its transition to green energy.

Capacity use on both the East Coast and Gulf Coast was above 95%, putting those refineries close to their highest possible running rates.

In China, investors are closely watching plans in the country’s most populous city, Shanghai, to ease restrictions from June 1, which could lead to a rebound in oil demand at the world’s top crude importer.

(Reporting by Yuka Obayashi in Tokyo and Florence Tan in Singapore; Editing by Tom Hogue, Bradley Perrett and Emelia Sithole-Matarise)

Historic crown to be modified for King Charles’s...