Home News Once Prince of Wales, Charles returns as king
Our website publishes news, press releases, opinion and advertorials on various financial organizations, products and services which are commissioned from various Companies, Organizations, PR agencies, Bloggers etc. These commissioned articles are commercial in nature. This is not to be considered as financial advice and should be considered only for information purposes. It does not reflect the views or opinion of our website and is not to be considered an endorsement or a recommendation. We cannot guarantee the accuracy or applicability of any information provided with respect to your individual or personal circumstances. Please seek Professional advice from a qualified professional before making any financial decisions. We link to various third-party websites, affiliate sales networks, and to our advertising partners websites. When you view or click on certain links available on our articles, our partners may compensate us for displaying the content to you or make a purchase or fill a form. This will not incur any additional charges to you. To make things simpler for you to identity or distinguish advertised or sponsored articles or links, you may consider all articles or links hosted on our site as a commercial article placement. We will not be responsible for any loss you may suffer as a result of any omission or inaccuracy on the website.
News

Once Prince of Wales, Charles returns as king 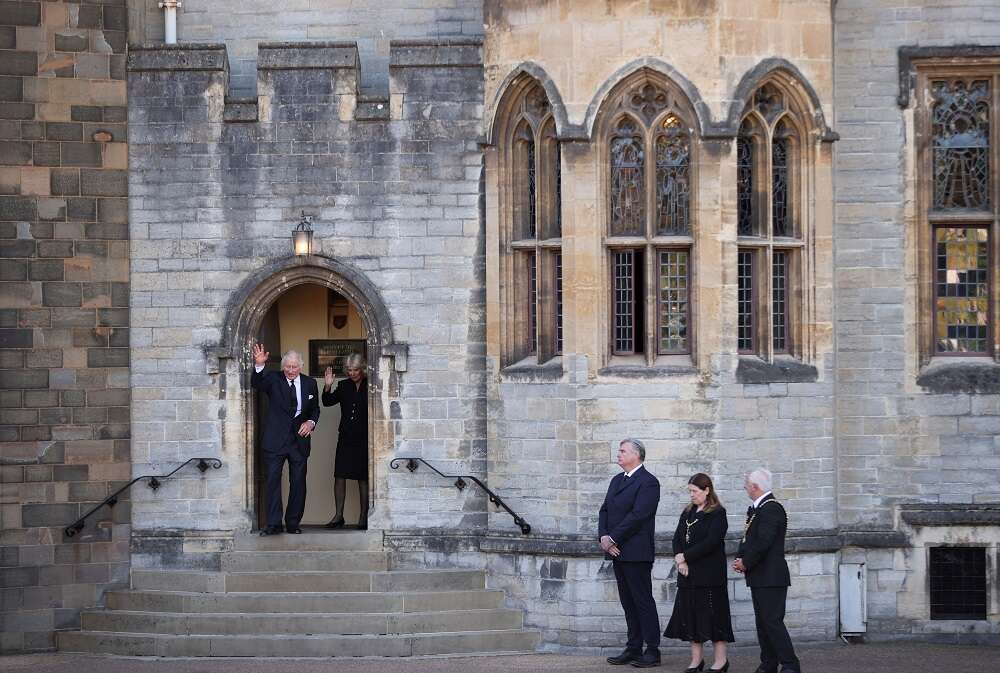 CARDIFF (Reuters) – King Charles ended a tour of the United Kingdom on Friday by visiting Wales, a nation with which he was synonymous through the princely title he held for more than sixty years, but which is re-examining its relationship with the monarchy.

When Charles became king upon the death of his mother Queen Elizabeth last week, he handed his son and heir William the title of Prince of Wales, continuing a tradition that dates back to the start of the 14th century.

“It was a privilege to be Prince of Wales for so long,” Charles told the Welsh parliament, the Senedd, speaking in Welsh. “Now my son, William, will bear the title. He has a deep love for Wales.”

Charles was made Prince of Wales in 1958, and spent time at university there learning Welsh. He was also patron of several national institutions, including the Welsh National Opera.

“His passion and affection for Wales has been clear,” the king’s spokesman said. “He has shown a life-long commitment to the country’s people.”

WRONGS OF THE PAST

Charles’ lavish investiture ceremony was held in 1969 at Caernarfon Castle, a place with a long royal history.

The son of the monarch and heir to the throne has usually been made the Prince of Wales since 1301 when Edward I gave the title to his son, who was born at the castle in north Wales.

That title had previously been held by native princes, but Llywelyn the Last was killed by English forces and his brother Dafydd was executed on the orders of Edward I during his conquest of Wales.

That history – and the interrelation of the Prince of Wales with that nation’s subjugation to the English crown – leaves a bitter taste for some.

Charles’ investiture drew protests. This week, the leader of pro-independence party Plaid Cymru, Adam Price, said there should be a “national conversation” over whether such a ceremony is held for William.

An online petition calling for the title to be ended has gathered more than 28,000 signatures, calling it an “insult to Wales” and “symbol of historical oppression.”

Welsh actor Michael Sheen, known for playing Tony Blair in 2006 movie “The Queen” about Charles’ mother, has said that with Charles’ accession, ending the Prince of Wales title would “put some things that have been wrongs of the past right.”

Modern Wales is a constituent country of the United Kingdom, along with England, Scotland and Northern Ireland. It is governed by parliament in London, with some powers delegated since 1999 to a devolved legislature, now known as the Senedd.

Thousands turned out on to the streets of capital Cardiff to greet the new king, though a planned, silent protest outside Cardiff Castle called for the end of the Prince of Wales title.

Tina Rowlands, 57, was waiting to see Charles at the castle, but said she felt conflicted as to the future of the monarchy.

“If you do want to protest, do it quietly at the moment,” she said. “Because you have got a king who is grieving for his mother as well.”

While for some the re-evaluation of the role of the Prince of Wales comes with a broader desire for secession, the prospect of an independent Wales is not an immediate one.

Plaid Cymru is the third biggest party in the Senedd, while just a quarter of people in Wales would vote for independence in a referendum, a YouGov poll in June found.

And large crowds in Cardiff also demonstrate the support that many still have for the monarchy. Waving both Welsh flags and Union Jacks, some in the crowd led ‘three cheers’ for the king as he greeted them on Friday.

Michelle Blunt, 57, works in finance and met the king at Cardiff Castle while holding both flags.

“I am Welsh. I speak Welsh and I’m very Welsh, but I’m very much for the royals going forward,” she said. “I want it to stay as a symbol of being Welsh and British.”

Horses and the ‘Sport of Kings’ were Queen Elizabeth’s passion