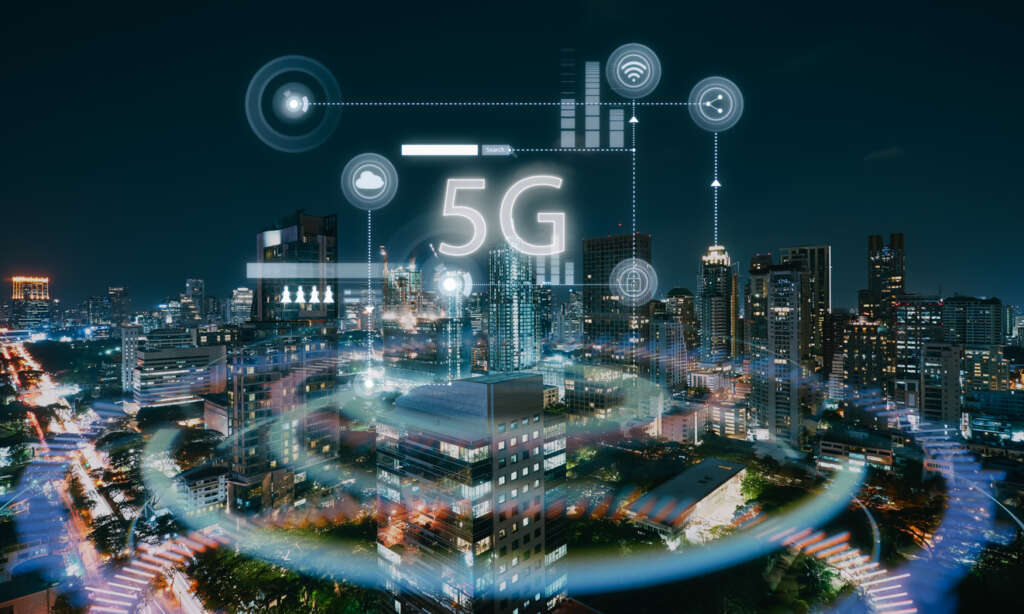 Barcelona, 7 April 2022. – 5G, together with the Internet of Things and edge computing, can create new possibilities for personalised and immersive online sales in traditional markets, which aspire to recreate the same experience in digital environments as customers received in physical locations. This has been demonstrated today at La Boqueria market in Barcelona, where an innovative 5G trial led by Parlem Telecom has been carried out to provide remote users with a virtual shopping experience using augmented reality technology that preserves the distinctive values of traditional shopping. This technological solution promoted by the Catalan telecommunications operator gives new opportunity  for the e-commerce platforms of traditional shops, as it allows customers who cannot shop physically (due to lack of time, remoteness, physical impediments, etc.) to purchase fresh products  as if they were in the market itself.

The application presented (called Augmented Reality Personal Shopper) allows virtual shoppers to select in real time from their devices (PC, tablet, mobile phone) specific products from market stalls and obtain additional information about them with augmented reality. The system, which is based on a private 5G network based on edge computing servers that guarantees minimum latency in communications and high-capacity bandwidth, includes the participation of a La Boqueria personal shopper equipped with augmented reality glasses as an intermediary between buyer and seller, who interacts with the stallholders and communicates live with the online shopper via videoconference with ultra-high-definition images. During the shopping process, the virtual user receives an augmented reality interface that the personal shopper is observing with their glasses in La Boqueria.

The initiative in the Barcelona market is the first use case of the 5G Catalonia pilot being run by Red.es, an entity attached to the Spanish Ministry of Economic Affairs and Digital Transformation. The pilot is being developed by a joint venture of eight companies led by Cellnex Telecom and the MASMOVIL Group, with the participation of the operator Parlem Telecom, the company specialising in augmented reality for industry, Aumenta Solutions, the engineering company Atos, the consultancy Nae, the technology company Lenovo and the start-up Nearby Computing – spin-off of the Barcelona Supercomputing Center. The 5G Catalonia project has a total budget of 5.4 million euros and is co-financed by the European Regional Development Fund (ERDF).

The 5G demonstration presented today, which took place this morning at the Olives Francesc stop in La Boqueria, was made possible thanks to the 5G network designed and deployed by Cellnex Telecom and Lenovo’s edge computing solutions. The network, which is entirely 5G – a concept known as stand-alone – will remain installed in Barcelona after the end of the use case.  Specifically, a radio equipment (5G access cell) has been located in La Boqueria, which receives the signal and transmits it via fibre optics to a facility located in the Municipal Institute of Parks and Gardens of Barcelona, which plays the role of a datacenter and processes the signal to connect to the local Cellnex server located in the same space. As for the Augmented Reality Personal Shopper application, it has been developed by the i2CAT Foundation on behalf of Parlem Telecom as the leading company in this use case in La Boqueria.

The press conference to present this 5G test in Barcelona was attended by Alberto Martínez Lacambra, General Director of Red.es; Ernest Pérez-Mas, CEO of Parlem Telecom; Eduardo Fichmann, Global Director of Innovation and Product Strategy, Cellnex Telecom and Òscar Ubide, Manager of La Boqueria Market. In turn, Manolo Ginart, Head of Telco Operations at Parlem Telecom, oversaw presenting the technical demonstration of the 5G use case together with Mohamad Hjeij (virtual reality software engineer at the i2CAT Foundation) and Gianluca Cernigliaro (technical leader in Virtual Reality and Augmented Reality at the i2CAT Foundation).

In his speech to the press, Alberto Martínez Lacambra pointed out that “5G is a technology with a transformative power that will mark a revolution and is an essential vector in the digitalisation drive envisaged in the Spanish Government’s Recovery, Transformation and Resilience Plan and is one of the pillars of the Digital Spain 2025 strategy. Today we have seen a clear example of the real impact that the use cases of the 5G Pilot projects will have on our way of life, on the way we move around or shop; without a doubt, a unique opportunity for our cities, our citizens and to improve the productivity of our economy”.

Ernest Pérez-Mas, highlighted that “Parlem Telecom is proud to lead this first use case of the 5G Catalonia pilot, with which we consolidate our operator’s commitment to technological innovation in the metropolitan area of Barcelona and in Catalonia as a whole. The development of an innovative application with augmented reality in an environment as emblematic as La Boqueria can be a step forward for the e-commerce sector and ensure that local businesses can evolve digitally without losing their identity thanks to the potential of 5G”.

Eduardo Fichmann pointed out that “the deployment of this stand-alone 5G network in Barcelona, based on a model of neutrality, will facilitate technological progress and digitalisation. Thanks to this network, all mobile operators will be able to offer their services to companies and citizens from a single shared infrastructure equipped with the best technology.

Finally, Antonio Bocigas highlighted that “Lenovo is enabling a future upgrade for La Boqueria. This traditional market experience can be enhanced with augmented reality by working with Lenovo edge computing servers to deliver a truly immersive retail experience. With our 5G core-enabled servers and our tools that automate the deployment and optimisation of the overall infrastructure, the complete retail experience perfectly mirrors Barcelona itself: the nexus of old and new.

Explainer-Clock ticks down towards a Russian default