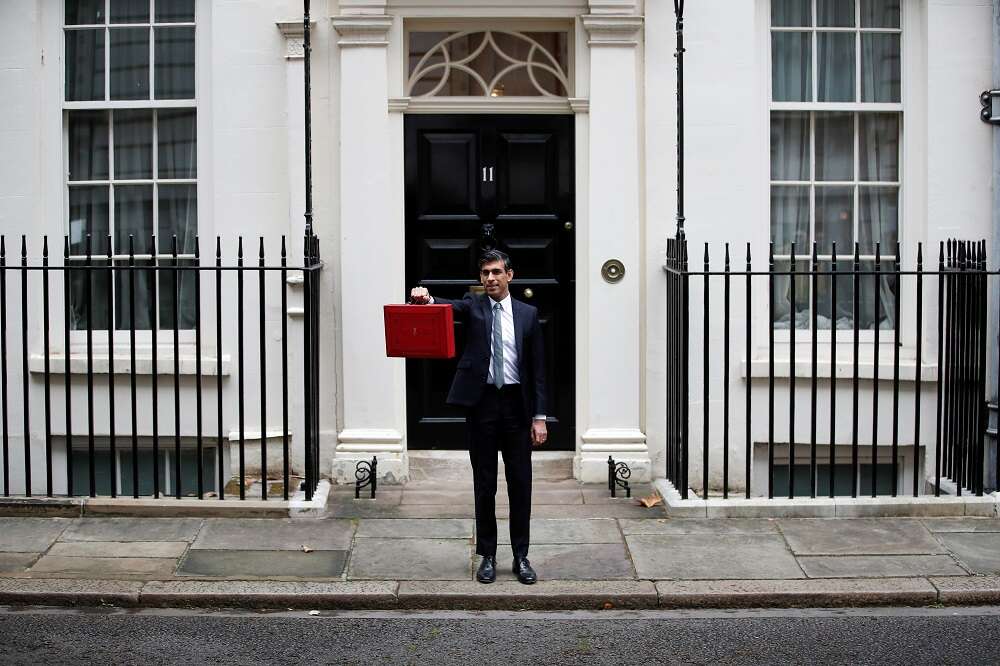 He announced multibillion-pound investments to help Prime Minister Boris Johnson meet his “levelling up” promises to voters and ease a cost-of-living squeeze for low-earners. But the plan has a cost: budget forecasters said the state tax take following previously announced increases was on course to be its biggest since the 1950s.

Here is a selection of comments from analysts and investors:

“The gilt market was clearly not impressed by the Chancellor’s speech with yields seeing another leg lower during his delivery, suggesting a less positive outlook for the UK economy.

“Investors remain concerned about both rising inflation and the future fiscal drag on growth as spending from the pandemic era rolls off. They received little comfort as Rishi Sunak pointed to a level of inflation far above the Bank of England’s target over the next year and his new fiscal rules are a concern for those worried about the impact of the sharp contraction in government spending.”

“Despite headline spending increases – some relative to pre-Covid levels – Covid-era fiscal support for the economy is still being reduced just as the Bank of England appears set to raise interest rates.

“Time will tell whether the Chancellor’s decision to end pandemic support measures … has come too early. Yet while there are risks in fiscal tightening too early, there are also risks in doing it too late. Faced with higher debt levels and a lower long-run sustainable deficit – due in part to a weaker long-run trend growth rate than other economies – the UK’s public finances are at greater risk from a rise in interest rates, which could push up debt interest costs rapidly.

“This fragile equilibrium of low interest rates and subdued debt costs shows why the Chancellor is so keen to convince markets that the path is sustainable.”

“Despite the energy and supply disruptions, the economy is clearly going to be healthier than expected in the coming years with the OBR having reduced its “persistent economic damage” estimates from 3% last March to 2% now.

“We are now the fastest growing country in the G7 this year, with the OBR projecting growth of 6.5% and a further 6% in 2022. We have a fighting chance to bring down the eye-watering budget deficits.

“In this regard, the Chancellor’s new fiscal rules are welcome. They are a cornerstone of the need to bring down net debt levels, and the OBR’s projections see a budget deficit of just 1.5% of GDP at the end of the forecast horizon. Falling debt projections will be a sign the UK economy is recovering and prospering.”

1) Health and social care spending will continue to leave little room for anything else.

2) The Treasury is not allocating enough money for the looming Green transition.

“Rising prices will squeeze the consumer at the same time as the tax take has to rise and the hospitality industry, albeit with giveaways on fuel and alcohol, will be caught in the middle as discretionary spend comes under pressure. Discount retailers could do well on the back of this, whilst the housing and infrastructure sectors will get a boost from the spending plans, but that’s long term.”

“It was hoped that the banking surcharge was going to be cut but Sunak has retained the 3% levy, so banking stocks are the biggest loser from today’s budget. The biggest winners are pub stocks with the planned changes in alcohol duty.”

“While the UK is now enjoying its fastest growth rate since 1973 at an OBR forecasted 6.5% clip as it bounces back from the near 10% contraction last year, UK equities still remain a pretty unloved regional play for global investors. The scarring of Brexit is still a haunting concern for many and sterling still firmly reflects that.”

The budget did not involve any big announcements that materially change the economic outlook for the UK. Instead, the chancellor offered a smorgasbord of modest but mostly sensible giveaways. These included reforms to welfare to ease the cost of living crisis from higher energy prices, cuts to business rates for the retail, hospitality and leisure sectors and increased R&D expenditure.

“Private investors will breathe a sigh of relief that feared increases to capital gains tax and a reduction in pension tax relief haven’t materialised.

“But while paying less for sparkling wine will be welcome news for many, the freezing of income tax thresholds and increase in national insurance announced earlier this year means household incomes continue to be eroded in real terms.

As expected, the Chancellor announced a rise in the minimum wage from £8.91 to £9.50 from April 2022, giving full-time workers over the age of 23 a boost of £1,074 a year before tax. On the face of it the 6.6% increase is generous. However, any comfort for low earners is likely to be short lived. By the time the rise comes into force next year, it could effectively be wiped out by the rising cost of living.

“Inflation, already ahead of the Bank of England’s 2% target, threatens to bite even harder, with the OBR predicting that the CPI rate of inflation will average 4% next year.

“On top of that there’s concern about rising energy costs with the jump in the energy price cap at the start of this month and another possible rise in April, just as the rise in the minimum wage takes effect.”