Home News Russia’s Ochakovo ups soft drink bottling capacity as Western rivals leave
Our website publishes news, press releases, opinion and advertorials on various financial organizations, products and services which are commissioned from various Companies, Organizations, PR agencies, Bloggers etc. These commissioned articles are commercial in nature. This is not to be considered as financial advice and should be considered only for information purposes. It does not reflect the views or opinion of our website and is not to be considered an endorsement or a recommendation. We cannot guarantee the accuracy or applicability of any information provided with respect to your individual or personal circumstances. Please seek Professional advice from a qualified professional before making any financial decisions. We link to various third-party websites, affiliate sales networks, and to our advertising partners websites. When you view or click on certain links available on our articles, our partners may compensate us for displaying the content to you or make a purchase or fill a form. This will not incur any additional charges to you. To make things simpler for you to identity or distinguish advertised or sponsored articles or links, you may consider all articles or links hosted on our site as a commercial article placement. We will not be responsible for any loss you may suffer as a result of any omission or inaccuracy on the website.
News 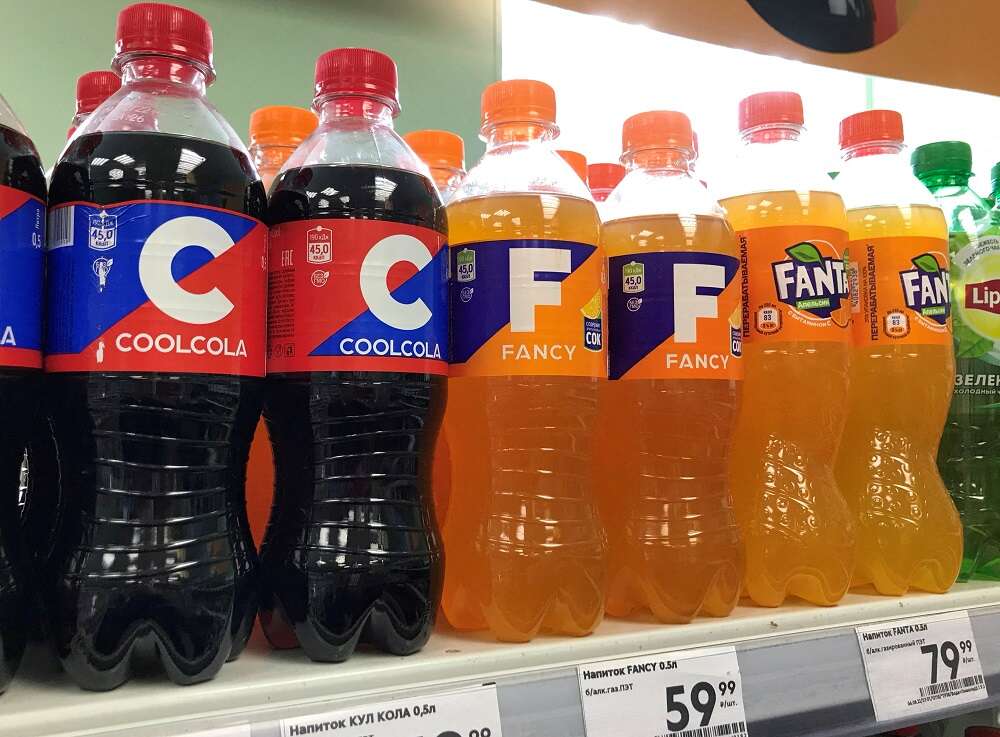 MOSCOW (Reuters) – Russian drinks producer Ochakovo on Thursday said it had increased the annual bottling capacity of its CoolCola, Fancy and Street soft drinks by 2.5 times to try and plug the gap in the market left by exiting Western brands.

A mass exodus of Western firms due to sanctions and restrictions over Russia’s actions in Ukraine has created an unexpected opportunity for Russian businesses and entrepreneurs.

Although fizzy drinks made by Coca-Cola and PepsiCo are still available in Russia, they are set to disappear over time as stocks are run down, leaving local manufacturers to step in.

Ochakovo, which produces beer, juices and carbonated soft drinks similar to Coke, Fanta and Sprite, said it had increased bottling capacity to 125 million decalitres a year from 50 million.

“We have adapted production lines, increased their number, widened production geography and continue to hire staff,” CEO Yuri Antonov said in a statement.

“We are capable of replacing the volumes of brands that have left the market.”

Rival Chernogolovka is aiming for a 50% share of Russia’s nearly $9 billion soft drinks market now that Coca-Cola is reducing operations, its CEO told Reuters this month. The company started making Cola Chernogolovka in May.

Newly launched cola brands, including Ochakovo and Chernogolovka, jumped to a 5% share of sales in the category in the first half of 2022, NielsenIQ Russia said.

Coca-Cola HBC AG, one of Coca-Cola’s many bottlers worldwide, last week said it took a one-time hit of 190 million euros ($193 million) in the first half from costs related to its Russian business after it stopped selling Coke and other products in Russia.

Western companies with iconic brands like Coca-Cola that exit Russia face years of battling knockoffs and unauthorised imports clamouring to fill the void they leave behind, as well as courts with little sympathy for firms that depart.

Asset managers on alert after ‘WhatsApp’ crackdown on banks