Home News Soccer-Everton edge Fleetwood in League Cup for first win of season, Fulham out
Our website publishes news, press releases, opinion and advertorials on various financial organizations, products and services which are commissioned from various Companies, Organizations, PR agencies, Bloggers etc. These commissioned articles are commercial in nature. This is not to be considered as financial advice and should be considered only for information purposes. It does not reflect the views or opinion of our website and is not to be considered an endorsement or a recommendation. We cannot guarantee the accuracy or applicability of any information provided with respect to your individual or personal circumstances. Please seek Professional advice from a qualified professional before making any financial decisions. We link to various third-party websites, affiliate sales networks, and to our advertising partners websites. When you view or click on certain links available on our articles, our partners may compensate us for displaying the content to you or make a purchase or fill a form. This will not incur any additional charges to you. To make things simpler for you to identity or distinguish advertised or sponsored articles or links, you may consider all articles or links hosted on our site as a commercial article placement. We will not be responsible for any loss you may suffer as a result of any omission or inaccuracy on the website.
News

Soccer-Everton edge Fleetwood in League Cup for first win of season, Fulham out 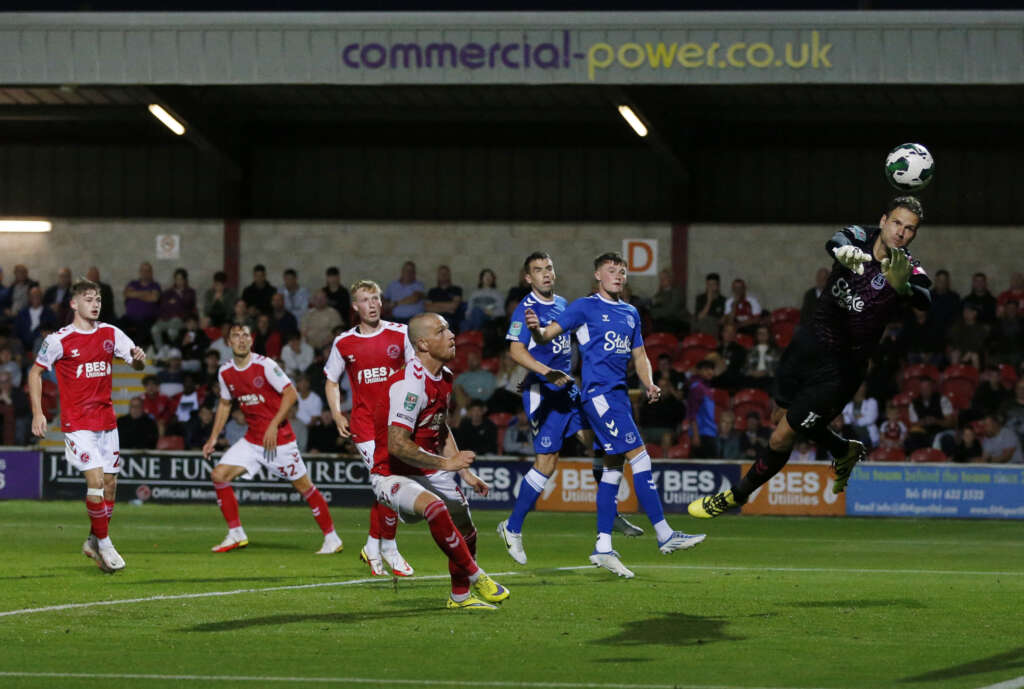 LONDON (Reuters) -Everton avoided any slip-up as they beat third-tier Fleetwood Town 1-0 in the League Cup second round to claim their first win of the season on Tuesday.

Frank Lampard’s struggling side were one of 10 Premier League clubs in action across 21 ties and edged through to round three thanks to Demarai Gray’s 28th-minute goal.

Fulham were brought back to earth with a bump after their impressive start to their top-flight return.

The Londoners went down 2-0 away to fourth-tier Crawley Town who are 84 places lower on the English ladder.

Manager Marco Silva made 10 changes for the trip and Crawley took advantage when Tom Nichols slotted a 16th-minute opener.

Liverpool loanee James Balagizi made it 2-0 shortly after halftime and the hosts held on comfortably to prompt a pitch invasion after the final whistle.

Leicester City, who like Everton have started the season poorly, gained some relief as they scraped through on penalties against Stockport County after a 0-0 draw.

Premier League Bournemouth also required penalties to knock out Norwich City who were relegated from the top-flight last season. Norwich were poised for the third round as they led 2-1 at Carrow Road but Brooklyn Genesini equalised in stoppage time before the visitors won the shootout.

Steven Gerrard’s Aston Villa fell behind at third-tier Bolton Wanderers but hit back to win 4-1.

Crystal Palace scored two late goals to win 2-0 at Oxford United, their first win in the competition since 2018.

Brentford bounced back from their weekend defeat by Fulham to win 2-0 at fourth-tier Colchester United.

Premier League clubs playing in European competitions are exempt until the third round of the League Cup.