Home News Soccer-‘Sabotage’: BBC’s FA Cup coverage interrupted by audio from porn clip
Our website publishes news, press releases, opinion and advertorials on various financial organizations, products and services which are commissioned from various Companies, Organizations, PR agencies, Bloggers etc. These commissioned articles are commercial in nature. This is not to be considered as financial advice and should be considered only for information purposes. It does not reflect the views or opinion of our website and is not to be considered an endorsement or a recommendation. We cannot guarantee the accuracy or applicability of any information provided with respect to your individual or personal circumstances. Please seek Professional advice from a qualified professional before making any financial decisions. We link to various third-party websites, affiliate sales networks, and to our advertising partners websites. When you view or click on certain links available on our articles, our partners may compensate us for displaying the content to you or make a purchase or fill a form. This will not incur any additional charges to you. To make things simpler for you to identity or distinguish advertised or sponsored articles or links, you may consider all articles or links hosted on our site as a commercial article placement. We will not be responsible for any loss you may suffer as a result of any omission or inaccuracy on the website.
News 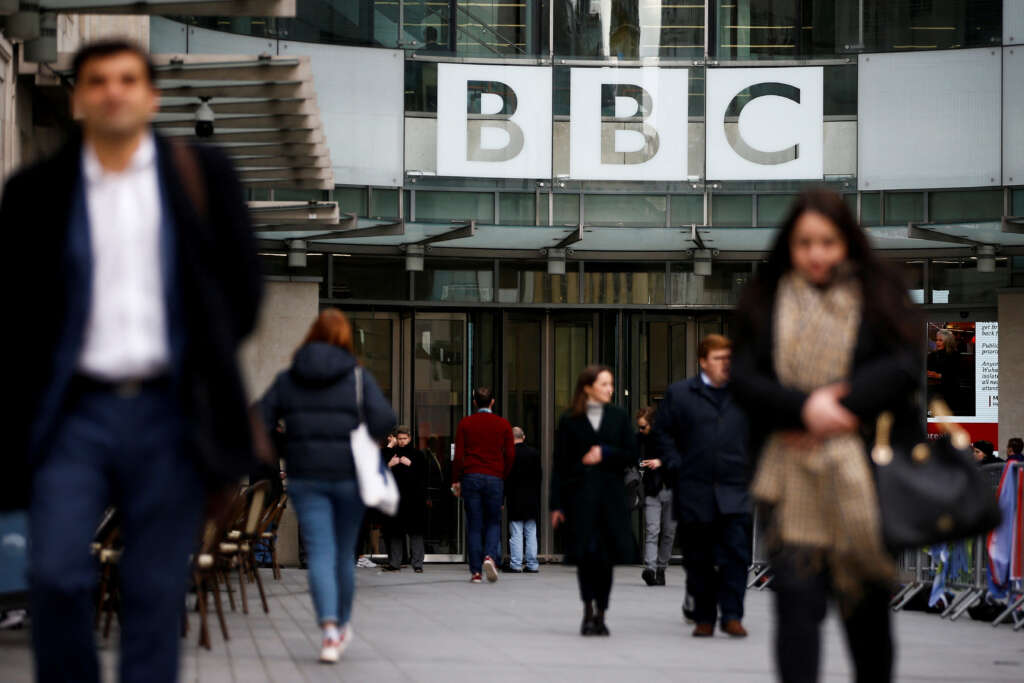 (Reuters) – The BBC issued an apology on Tuesday after their FA Cup coverage was interrupted by a pornographic audio clip.

Audio of a woman moaning was played at high volume just as host Gary Lineker was seeking the opinion of fellow pundit Alan Shearer ahead of Liverpool’s 1-0 win over Wolverhampton Wanderers.

“I don’t know who’s making that noise,” said Lineker with a laugh. “Somebody’s sending something on someone’s phone, I think. I don’t know whether you heard it at home.”

The former England striker later said a phone had been taped to the back of the studio set as a prank.

“As sabotage goes it was quite amusing,” Lineker said on Twitter.

The BBC issued an apology, saying: “We apologise to any viewers offended during the live coverage of the football this evening. We are investigating how this happened.”

Amazon will not cut jobs in Italy, unions say after meeting