Home Business Stellantis makes 30 billion euro wager on electric vehicle market
Our website publishes news, press releases, opinion and advertorials on various financial organizations, products and services which are commissioned from various Companies, Organizations, PR agencies, Bloggers etc. These commissioned articles are commercial in nature. This is not to be considered as financial advice and should be considered only for information purposes. It does not reflect the views or opinion of our website and is not to be considered an endorsement or a recommendation. We cannot guarantee the accuracy or applicability of any information provided with respect to your individual or personal circumstances. Please seek Professional advice from a qualified professional before making any financial decisions. We link to various third-party websites, affiliate sales networks, and to our advertising partners websites. When you view or click on certain links available on our articles, our partners may compensate us for displaying the content to you or make a purchase or fill a form. This will not incur any additional charges to you. To make things simpler for you to identity or distinguish advertised or sponsored articles or links, you may consider all articles or links hosted on our site as a commercial article placement. We will not be responsible for any loss you may suffer as a result of any omission or inaccuracy on the website.
Business 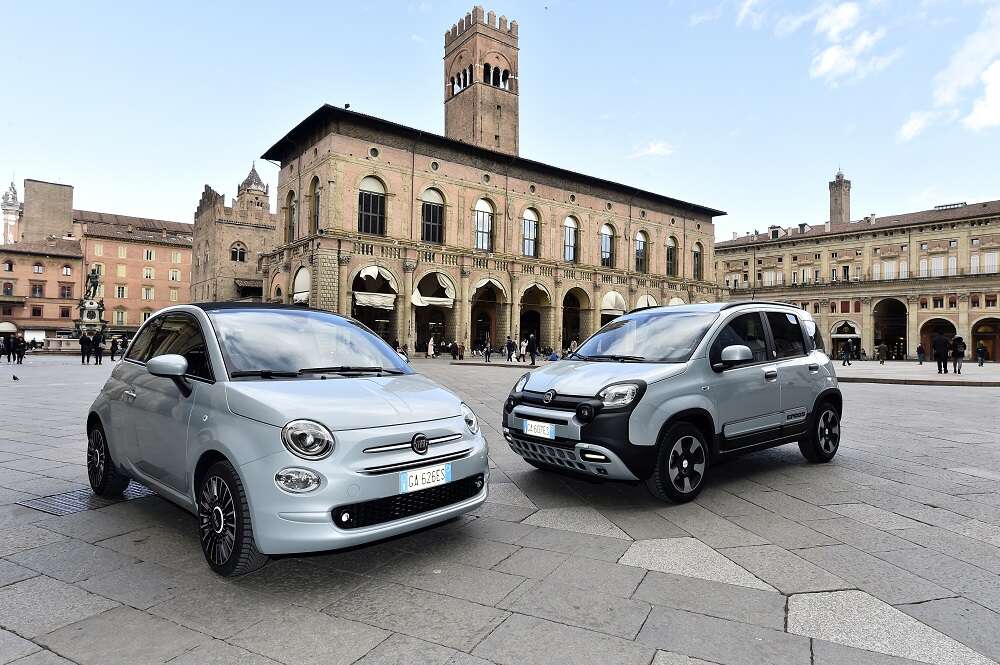 By Giulio Piovaccari and Ben Klayman

MILAN/DETROIT (Reuters) -Stellantis, the world’s No. 4 automaker, said on Thursday it plans to invest more than 30 billion euros ($35.54 billion) through 2025 on electrifying its vehicle lineup.

The company, formed in January from the merger of Italian-American automaker Fiat Chrysler and France’s PSA, said its strategy will be supported by five battery plants in Europe and North America as it gears up to compete with electric vehicle (EV) leader Tesla and other automakers globally.

“This transformation period is a wonderful opportunity to reset the clock and start a new race,” Stellantis Chief Executive Carlos Tavares said on a webcast during the company’s “EV Day 2021” event. “The group is at full speed on its electrification journey.”

Dario Duse, of consulting firm AlixPartners, said the 30 billion euros earmarked for the EV program were a “conspicuous amount.”

“Former PSA Group already had a good electrified offer that Stellantis will surely try to leverage at best and even the former FCA made steps ahead recently, so the big step up in electrification by 2025 seems achievable,” he said.

Stellantis said it is targeting more than 70% of sales in Europe and over 40% in the United States to be low-emission vehicles – either battery or hybrid electric – by 2030. It aims to make the total cost of owning an EV equal to that of a gasoline-powered model by 2026.

It said all 14 of its vehicle brands – including Peugeot, Jeep, Ram, Fiat and Opel – will offer fully electrified vehicles. Another focus will be electrifying its commercial vehicle lineup, and rolling out hydrogen fuel-cell medium vans by the end of 2021.

Stellantis said on Thursday that one of the five battery plants will be at its engine facility in Termoli, Italy, joining previously announced factories in Germany and France. The automaker also is in final steps of securing a partner in North America. A source told Reuters that Samsung SDI may build a U.S. battery cell plant and has been in talks with automakers, including Stellantis.

Stellantis said it wants to secure more than 130 gigawatt hours (GWh) of battery capacity by 2025 and more than 260 GWh by 2030. It said it has signed memorandums of understanding with two lithium geothermal brine process partners in North America and Europe to ensure supplies of lithium, a critical raw material for batteries.

Stellantis said it aims to cut battery pack costs by more than 40% from 2020 to 2024 and by more than an additional 20% by 2030. It plans to use two battery chemistries by 2024 – a high energy-density option and a nickel cobalt-free alternative. By 2026, it intends to introduce solid-state batteries.

The automaker said its EVs will be built on four electric platforms and have driving ranges of 500 to 800 km (300 to 500 miles) on a single charge and fast charging capability of 32 km (20 miles) per minute.

“Stellantis seems to have put in place quite rapidly a unified platform strategy, same thing for the powertrain modularity, which will allow the company to benefit as fast as possible from scale effects,” IHS analyst Romain Gillet said, adding that the company’s targets are in line with its competitors.

At a separate EV strategy event last week, French rival Renault said 90% of its main brand models would be all-electric by 2030, whereas previously it had included hybrids in its target.

Germany’s Volkswagen, the world’s second-biggest automaker after Toyota, expects all-electric vehicles to account for 55% of its total sales in Europe by 2030, and more than 70% of sales at its Volkswagen brand.

General Motors Co said last month it planned to spend $35 billion through 2025 on electric and self-driving vehicles. It has set a target of selling all new light cars and trucks with zero tailpipe emissions by 2035.

Earlier on Thursday, Stellantis flagged that 2021 got off to a better-than-expected start despite a global semiconductor chip shortage.

Stellantis said its margins on adjusted operating profits in the first half of 2021 were expected to exceed an annual target of between 5.5% and 7.5%, despite production losses due to the semiconductor supply crunch.

It said synergies from its merger were well on track to exceed the first year’s target and would help to contribute to a positive cash flow for the year as a whole. Stellantis has promised more than 5 billion euros ($5.9 billion) in annual synergies.

Shares of Stellantis extended losses after the automaker’s EV announcement and were last down about 3.9% in Milan.

Unified communications, a lifeline in crisis and a lifestyle in the new normal

Why Creating Culture Of Belonging Is Vital As...