Home Finance Sterling hits 2 1/2 week high, eyes on BoE
Our website publishes news, press releases, opinion and advertorials on various financial organizations, products and services which are commissioned from various Companies, Organizations, PR agencies, Bloggers etc. These commissioned articles are commercial in nature. This is not to be considered as financial advice and should be considered only for information purposes. It does not reflect the views or opinion of our website and is not to be considered an endorsement or a recommendation. We cannot guarantee the accuracy or applicability of any information provided with respect to your individual or personal circumstances. Please seek Professional advice from a qualified professional before making any financial decisions. We link to various third-party websites, affiliate sales networks, and to our advertising partners websites. When you view or click on certain links available on our articles, our partners may compensate us for displaying the content to you or make a purchase or fill a form. This will not incur any additional charges to you. To make things simpler for you to identity or distinguish advertised or sponsored articles or links, you may consider all articles or links hosted on our site as a commercial article placement. We will not be responsible for any loss you may suffer as a result of any omission or inaccuracy on the website.
Finance 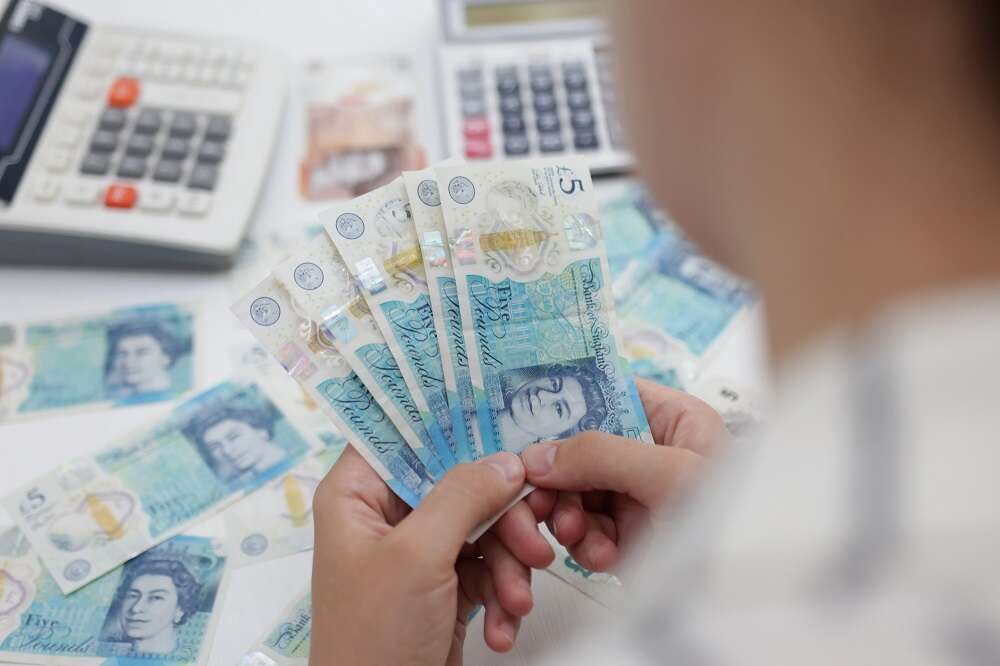 LONDON (Reuters) – The British pound hit a two-and-a-half-week high against a broadly weak dollar on Monday ahead of comments from the Bank of England’s chief economist Huw Pill later in the day and Governor Andrew Bailey on Tuesday.

Economic data on Friday showed the U.S. services sector in contraction for the first time since May 2020, while a separate report showed robust jobs growth but hourly wages grew at the slowest annual pace in 16 months.

The dollar index, which measures the greenback against six major currencies including the pound, was close to its lowest level in seven months.

“Much of the move in cable (sterling-dollar) since Friday has been dollar driven, primarily sparked by the ISM services print dipping into contraction,” said Michael Brown, market analyst at TraderX.

Brown was looking ahead to comments from BoE officials for clues to what rate path the central bank is likely to take in 2023.

Traders are fully pricing in a 25 basis point rate rise at the BoE’s February meeting with around a 65% chance of a larger 50 basis point hike. Money markets see the bank rate peaking at around 4.5% by the middle of this year.

“A bank rate getting to four and a half percent by the tail end of this year seems rather ambitious, if not a little bit foolish, as far as I’m concerned,” Brown said.

BoE chief economist Pill is scheduled to speak at 1530 GMT on Monday, with BoE governor Bailey due to moderate a panel discussion on Tuesday.

The BoE has raised interest rates nine times since December 2021 in an attempt to lower four-decade high inflation, while also trying to avoid a severe recession, although signs are emerging it might pause rate hikes soon.

“Of all the central banks out there, the BoE is one of the most dovish, given there are already two on the committee voting for rates to be on hold,” TraderX’s Brown said, who expects a 50 basis point hike next month before a pause in rate increases.

“It’s a struggle to be bullish on the pound at the moment,” Brown added, citing weak UK economic data, inflation that is likely to be stickier than elsewhere and industrial action which could jeopardise economic growth.

Against the euro, the pound was little changed at 88.09 pence, having earlier hit its strongest level against the single currency since Dec. 22 last year.