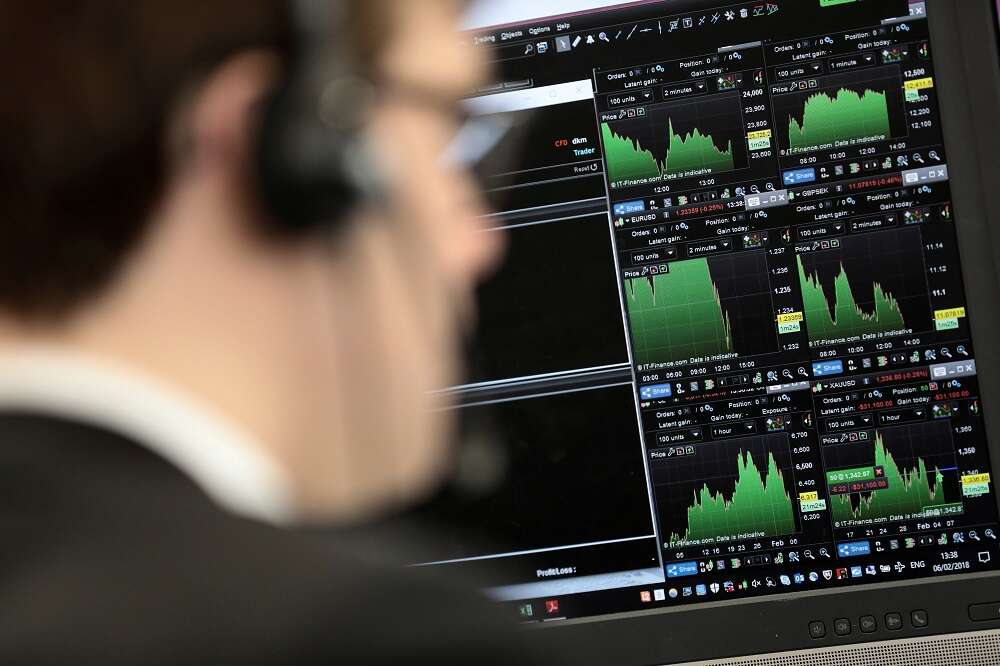 By Chris Prentice and Marc Jones

Asian markets had suffered their worst day in over a month overnight on fears that Beijing was about to go back into a COVID-19 lockdown, and as Friday’s 2.5% Wall Street slump lingered on U.S. futures markets [.N].

Despite relief that Macron had eased past far-right challenger Marine Le Pen on Sunday, Europe’s STOXX 600 index fell back to mid-March lows, weighed down by 1.5% and 1.0% drops in French and German shares, respectively.

“With the Fed talking about a faster and larger balance sheet reduction than anticipated, real yields are approaching zero from their deeply negative territory. With the nominal 10-year US Treasury cracking 2.9%, the equity risk premium

“The reality is there is more to the French election story than Macron’s win yesterday,” said Rabobank FX strategist Jane Foley.

Not only are there parliamentary elections still to come in France in June, but Macron also seems likely to keep the pressure up for a Europe-wide ban on Russian oil and gas imports, which would cause serious economic pain, at least in the short term.

State television in China had reported that residents were ordered not to leave Beijing’s Chaoyang district after a few dozen COVID cases were detected over the weekend.

Much focus on is on how fast and far the Federal Reserve will raise U.S. interest rates this year and whether that, along with all the other current global strains, will help tip the world economy into recession.

This week is also a packed one for corporate earnings. Almost 180 S&P 500 index firms are due to report. Big U.S. tech will be the highlight, with Microsoft and Google on Tuesday, Facebook on Wednesday and Apple and Amazon on Thursday. [.N]

In Europe, 134 of the Stoxx 600 will also put out results, including banks HSBC, UBS and Santander on Tuesday, Credit Suisse on Wednesday, Barclays on Thursday and NatWest and Spain’s BBVA on Friday. [.EU]

Twitter shares rose amid reports the company was set to accept Tesla-owner Elon Musk’s offer to buy the microblogging site.

Friday had seen the Dow Jones suffer its worst day since October 2020 and the CBOE volatility index, dubbed Wall Street’s “fear gauge”, continue to drive higher on Monday. It has now risen 50% in the last few days. [.N]

China’s central bank had fixed the mid-point of the yuan’s trading band at its lowest level in eight months, seen as an official nod for the currency’s recent slide, and the yuan was sold further, to a one-year low of 6.5092 per dollar.

Elsewhere in commodities, oil prices tumbled with Brent crude down 5.19% and U.S. crude down $5.3%.

Money markets are now pricing in a 1 percentage point increase in U.S. interest rates at the Federal Reserve’s next two meetings and at least 2.5 points for the year as a whole, which would be one of the biggest annual increases ever.

This week will also see the release of U.S. growth data, European inflation figures and a Bank of Japan policy meeting, which will be watched for any hints of a response to a sharp fall in the yen, which has lost 10% in about two months.