Streetlighting – undervalued or the entry point for smart cities?

Phil Beecher, President and CEO of Wi-SUN Alliance, explains how smart streetlighting can not only help to bring municipal energy bills and emissions down, but also act as a base station for many other smart city solutions.

As net zero conversations intensify ahead of the COP26 summit of global leaders, smart city strategies hold the key to realising many sustainability objectives. 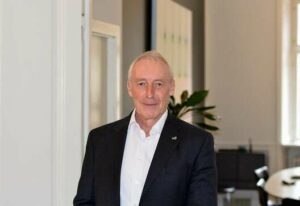 Not only can they help to bring down emissions by enabling more efficient use of resources, but once simple and benign concepts such as streetlights can be transformed into literal pillars of smart city infrastructure and perform functions well beyond their traditional public safety remit.

Streetlighting is, without doubt, getting smarter. Estimates from analyst firm IoT Analytics suggests that the worldwide market for connected streetlights will pass $3.6 billion in 2023, which represents growth of 21%.

Furthermore, more than a quarter of all streetlights have been converted to LEDs while more than 10 million have been connected globally (excluding India and China).

However, more cities should be adopting smart streetlighting. Many authorities continue to use outdated and inefficient systems, which in turn leads to more energy consumption, increased maintenance and higher costs.

This is backed up by research from Intelligent Energy Europe (IEE), which finds that an obsolete lighting system can account for as much as 50% of a typical city’s entire energy bill.

By introducing smart lighting, cities will benefit from lower costs, greater efficiency and easier maintenance, but the benefits of these systems stretch well beyond these factors.

A network of smart streetlighting can provide the communications infrastructure for local authorities, city developers and service providers to deploy other smart sensors and devices, which combine to create smart (or smarter) cities.

Because the business case for converting streetlights into smart LED lighting is a clear-cut one due to the aforementioned cost and upkeep benefits, streetlighting networks are increasingly being leveraged as the ‘entry point’ on the journey to becoming a smart city.

Adding smart communications capabilities represents a relatively simple and low-cost start to this process. This first step will enable remote monitoring of faults and lighting control based on whether pedestrians or cyclists are in the area, or whether parts of the city, such as tunnels or bridges, need illuminating.

Once such a network is installed, the infrastructure is in place for other applications and services to be bolted on, making the business case for doing so much more compelling from practical and economic perspectives.

These include parking and electric vehicle charging, waste collection, air quality and noise pollution monitoring, and sensors that measure road temperatures to inform when salt gritters should be deployed.

In terms of real-world deployments, London represents a shining example of what can be achieved.

A three-year project in the City of London conducted by Wi-SUN partner Itron, in conjunction with Urban Control and lighting specialist DW Windsor, has just been completed.

Here, the initial business case was simple. The main goal was to replace an outdated and inefficient lighting system to help manage rising energy costs, reduce energy consumption and enhance public safety with the reliable lighting up of the City’s streets, walkways, landmarks, bridges and tunnels.

This bustling district of London sees around 450,000 workers occupy it during the daytime, with just 9,400 permanent residents. However, because of its numerous famous landmarks and tourist attractions, there can be as many as a million people in the area at the busiest times.

This therefore requires an extensive network of streetlights, and replacing them was no small undertaking – some 12,000 lights were replaced.

Furthermore, careful consideration had to be given when implementing the wireless communications network given the complex array of dense, narrow lanes cutting between modern high-rise buildings and historic buildings made from a mix of construction materials.

The results have been extremely promising and should serve as inspiration for other urban authorities to follow suit.

For instance, the scheme has delivered energy savings of approximately 80,000 kWh over the past financial year and, because it is an open standards-based network, the door to installing other smart functionality such as environmental sensors and monitoring lifebelts on the Thames is firmly open.

Meanwhile, the City has begun installing traffic and air quality monitoring sensors as part of a trial into zero emissions.

The City of London, then, is well into its smart city journey, and the simple streetlight has more than played its part in facilitating its progress to date.

The value of street lighting as a connectivity platform for smart technologies is often underestimated – while they will continue to serve a vital public safety purpose, the time has come to exploit the opportunities that smart streetlighting can offer as an enabler for smart cities.

Phil Beecher is President and CEO of Wi-SUN Alliance, an industry organisation that seeks to accelerate the implementation of smart cities, smart utilities, smart grids and other large-scale outdoor Internet of Things (IoT) applications by enabling the global adoption of interoperable solutions based on open standards. Since 1997, Phil has played a key role in the development of communications standards including Bluetooth, WiFi, and IEEE and the specification of test plans for a number of Smart Utilities Network standards, including Advanced Metering Infrastructure (AMI) and Home Energy Management Systems.

Evolving Commerce for the Covid Era

EV technology is driving the UK forward in...

October 1, 2021
Editorial & Advertiser disclosureEditorial & Advertiser disclosureOur website provides you with information, news, press releases, Opinion and advertorials on various financial products and services. This is not to be considered as financial advice and should be considered only for information purposes. We cannot guarantee the accuracy or applicability of any information provided with respect to your individual or personal circumstances. Please seek Professional advice from a qualified professional before making any financial decisions. We link to various third party websites, affiliate sales networks, and may link to our advertising partners websites. Though we are tied up with various advertising and affiliate networks, this does not affect our analysis or opinion. When you view or click on certain links available on our articles, our partners may compensate us for displaying the content to you, or make a purchase or fill a form. This will not incur any additional charges to you. To make things simpler for you to identity or distinguish sponsored articles or links, you may consider all articles or links hosted on our site as a partner endorsed link.