Home Game Changers Tech Trends for 2022
Our website publishes news, press releases, opinion and advertorials on various financial organizations, products and services which are commissioned from various Companies, Organizations, PR agencies, Bloggers etc. These commissioned articles are commercial in nature. This is not to be considered as financial advice and should be considered only for information purposes. It does not reflect the views or opinion of our website and is not to be considered an endorsement or a recommendation. We cannot guarantee the accuracy or applicability of any information provided with respect to your individual or personal circumstances. Please seek Professional advice from a qualified professional before making any financial decisions. We link to various third-party websites, affiliate sales networks, and to our advertising partners websites. When you view or click on certain links available on our articles, our partners may compensate us for displaying the content to you or make a purchase or fill a form. This will not incur any additional charges to you. To make things simpler for you to identity or distinguish advertised or sponsored articles or links, you may consider all articles or links hosted on our site as a commercial article placement. We will not be responsible for any loss you may suffer as a result of any omission or inaccuracy on the website.
Game Changers 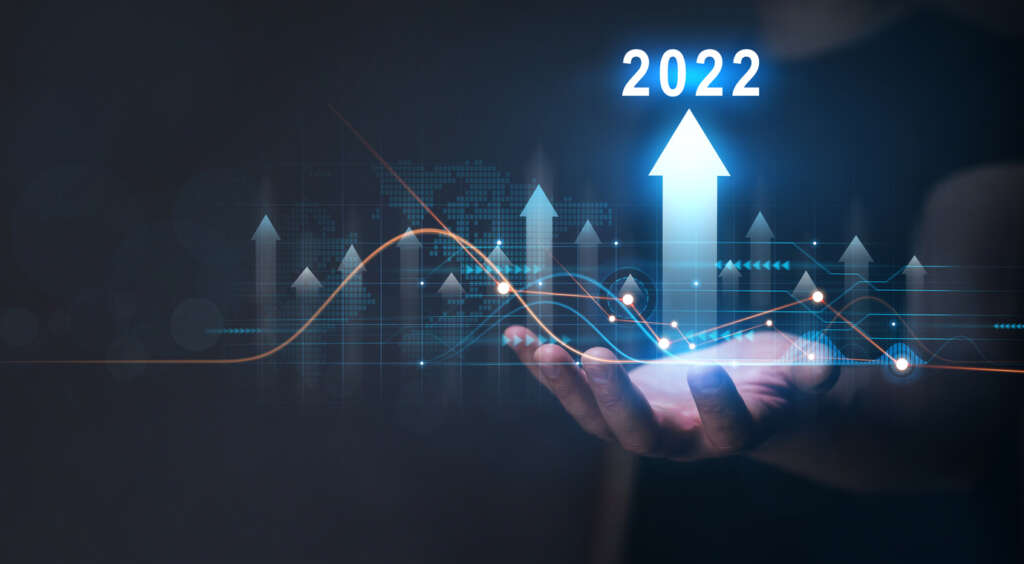 Embracing the right technology has been instrumental for sustained business success this year. Pete Hanlon, Chief Technology Officer for Moneypenny suggests the technologies that could change the business landscape in 2022:

1: COMPUTERS WILL BETTER UNDERSTAND US

Over the past few years technology companies such as Google, Facebook and OpenAI have been releasing increasingly complex natural language models to power Artificial Intelligence (AI) systems. These language models are the foundation for much of the improvement we see today allowing computers to extract meaning from written text.

As these models increase in size, they pick up more information about how we structure language, the relationship and meaning of words and the intent of sentences. The result being that computers will be better at understanding us.

As AI systems and Deep Learning models become ever more complex, it becomes increasingly challenging to explain how systems make predictions. Deep learning models are often trained on billions of data items. However, if we want to understand why a complex model gave a particular prediction it’s almost impossible to do in a way that is understandable to humans.

In order to trust AI’s that drive our cars and help run our lives, we need to be able to understand the processes they went through to make a prediction. This is a big area of research by all of the large tech companies and many research groups and I expect this to be a field of research that will improve significantly over the next twelve months.

For as long as I can remember we’ve been talking about tools that allow people with no formal programming background to write computer programs. The idea was first raised in the 70s, but the systems back then were just too complex. However more recent low-code, no-code platforms are making it significantly easier to write programs to automate processes within a business.

If you can work with an Excel spreadsheet, there’s a good chance you can develop complex solutions using these new platforms. We are starting to see the mass adoption of this technology and I expect it to continue to rise in popularity over the following year, effectively democratizing the ability to automate business processes.

Most companies have been doubling down over the past few years to improve security and reduce the thread of cyber-attack but an area that has been largely forgotten is securing the supply chain. Every piece of software we install within a business has the potential to become a cyber threat.

Quantum computing is an exciting field within technology at the moment. These computers are capable of solving certain classes of problems significantly faster than conventional computers and the potential for this technology is vast.

In 2019, Google announced in the Nature Journal that they have achieved Quantum Supremacy. This means they have solved a problem on a Quantum Computer that would have taken a state-of-the-art supercomputer years to complete. Since then, there has been some challenge around the validity of this claim however  the field of quantum computing is a hot topic and will be a game-changing technology that will start to creep into our lives over the next few years.

The pandemic has taught us to focus on what we do best and bring in experts when we need specific solutions. Businesses that adopt this model can grow, innovate and pivot faster which makes them more competitive in the constantly changing and evolving business environment we all operate in. Business Process Outsourcing is a trend that will definitely continue to grow.

Greece to set cap on electricity prices to...