Home Innovation The future of tech: low code / no code
Our website publishes news, press releases, opinion and advertorials on various financial organizations, products and services which are commissioned from various Companies, Organizations, PR agencies, Bloggers etc. These commissioned articles are commercial in nature. This is not to be considered as financial advice and should be considered only for information purposes. It does not reflect the views or opinion of our website and is not to be considered an endorsement or a recommendation. We cannot guarantee the accuracy or applicability of any information provided with respect to your individual or personal circumstances. Please seek Professional advice from a qualified professional before making any financial decisions. We link to various third-party websites, affiliate sales networks, and to our advertising partners websites. When you view or click on certain links available on our articles, our partners may compensate us for displaying the content to you or make a purchase or fill a form. This will not incur any additional charges to you. To make things simpler for you to identity or distinguish advertised or sponsored articles or links, you may consider all articles or links hosted on our site as a commercial article placement. We will not be responsible for any loss you may suffer as a result of any omission or inaccuracy on the website.
Innovation

The future of tech: low code / no code 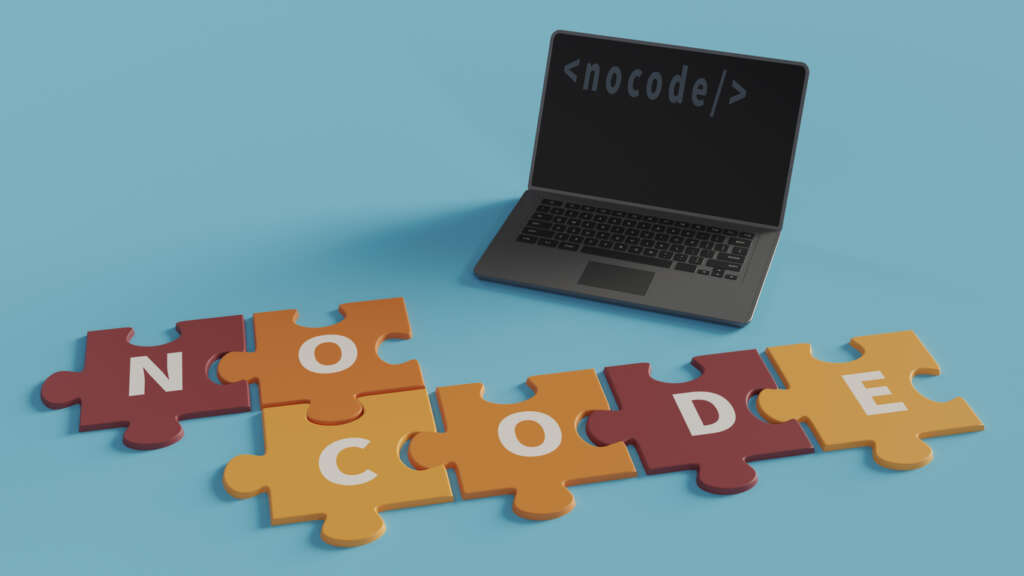 Cathy Wood, the founder of Ark Investments the market leading tech investor has been battered by market swings away from high tech growth to value. “Innovation stocks are not a bubble…We [Ark] believe they are in deep value territory.” Was the headline from their December newsletter. Since then, the NASDAQ market (a core barometer for tech stocks) has fallen another 30 per cent (approximately). Innovation just got cheaper.

Actually, the point is not wrong. It’s all about timing. Implementing a new ERP platform could take years and cost many millions before the system can be operational let alone value can be seen. New methodologies for software development and access are speeding up the process and presenting a new agile approach to technology strategy.

Cloud technology has been revolutionary in enabling enterprise technology to be reimagined. Why buy software when you can rent; aka Software as a Service (SaaS). You can access the best-in-class applications on an ‘as needed’ price: combining uber with enterprise software. This has slashed the need for expensive infrastructure (servers, people and fans, etc.). What started as the birthplace of Internet companies, through powerful Data Centers distributed around the world, has evolved into offering cloud applications for the corporate world.

On premise implementations are costly. Aside from the material infrastructure costs, you are building and running an in-house tech company which quickly becomes focused on maintenance and upgrades rather than innovation and replacement. It is no secret that some of the best innovators sit out-of-house attracted by ownership (through shares).

The evolution will not stop there. At some point on-premise enterprise systems will become obsolete and be replaced by on-demand systems that were born in the cloud (cloud native).

Moreover, with the availability of low-code / no-code applications every employee could become a software developer. These are software platforms that simplify software creation using wizards and drag and drop functionality to create new bespoke applications. Who better to do this than the user themselves.

Reflecting, a complex workflow such as a multi-party supply chain is best done by those who manage the process every day. They need software that is agile and dynamic that can be adjusted to fit each day rather than waiting for the next upgrade. Enter low-code platforms and no-code applications.

These platforms are also solving the skills gap. There is a severe global shortage of software engineers. Further, when you consider novel technologies such a s Blockchain, the shortage becomes even more acute. This is what makes Finboot’s Marco – and enterprise grade low-code platform powering no-code apps – so compelling. It enables anyone with basic software skills or even an operations manager with no software understanding to create their own blockchain powered applications.

Accessibility is the other challenge. Technology needs to be accessible without corporate level infrastructure, operated ideally through a simple smartphone with similar interfaces. This starts to create an important flywheel… the more employees use and interact with software; the more data is collected; the better the analysis driving improvements in decision making.

The tools and products to achieve this vision are available today. Enterprises need to go beyond software as a business process enabler to a driver which could become a competitive differentiator.

As Marc Andreessen, founder of Andreessen Horowitz (known as “a16z“) and Netscape famously wrote “…Software is eating the World.” He is right. Companies that operate in an analogue world are becoming isolated as we increasingly move digital. Who still sends out legal documents by post requiring a wet ink signature?

Last month, the UK has presented the Electronic Trade Documents Bill. It states: “The Bill will make digital documentation legally recognised, reduce admin costs and make it easier for British firms to buy and sell internationally and processing times for electronic documents cut to 20 seconds and carbon emissions reduced by at least ten per cent.” This Bill has the potential to put the UK at the forefront of innovation and become a tech leader, while effectively signalling a green light for blockchain to become commonplace.

Meanwhile in China, President Xi said Blockchain was an “important breakthrough in independent innovation of core technologies” and that China should “seize the opportunities” presented by blockchain technology.

When regulation requires technology adoption for reporting and compliance, adoption is accelerated.

The global impact of the Covid-19 Pandemic (such as home working) and Putin’s war on the Ukraine has forced us to rethink how companies operate and how, as consumers, we connect to the digital world. This means reengineering supply chains, workflows and processes.

We are entering an economic downturn and enterprises require an antidote. Previously, many would have considered delaying their technology strategies. These are now imperatives. When we emerge from the clouds (pardon the pun!) it will be those who make technology their centrepiece for achieving competitive advantage and accelerate their commercial performance who survive and thrive.